Fighting hail with chemicals, combatting tornadoes with computers, and other weather-battling techniques from the PopSci archive 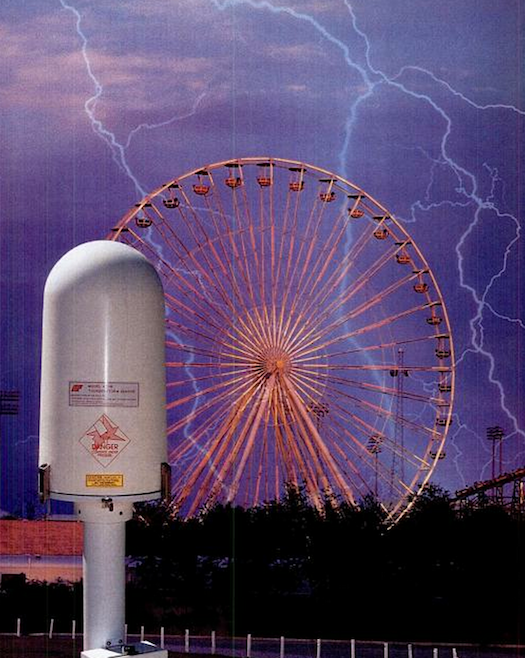 Ever since we left prayers to the rain gods behind, we’ve been looking to science to solve our weather dilemmas. Not just to discover where a storm will hit, but how to stop it from hitting at all.

Through the past century, Popular Science has been trying to forecast what the future of weather will look like, and how to stop a weather disaster. Click the gallery to see plans for weather-reporting radios, chemical warfare against clouds, and a lot more.

It’s 1930 and, for obvious reasons, pilots want regular reports on the weather. What to do? Congress’s solution was to give the U.S. Weather Bureau cash to send them what they needed. It was a lot of cash, too: $1.4 million, or “more than one third the sum it spend annually for all of its work.” About 13,000 miles of airway were monitored for activity, and reports were regularly sent via the now quaintly named “teletype”–an early fax machine, basically, that let a typed message be reproduced. Pilots were then radioed with the information.

We weren’t shy about laying on the drama in this piece on hail–it was causing millions in damage across the country and we were sick of it. Our writer says, “The war against hail has been declared.” (Remember: this was only two years after World War II, which was a little more serious. Maybe our patriotism just wouldn’t wane.) The idea was to scatter silver iodide as a form of “cloud seeding”–turning the moisture to snow before it hails. It’s a process that’s still toyed with today.

1957 was a record-breaking year for tornadoes, and PopSci was forecasting even rougher skies for 1958. As described by an official tornado watcher: ‘”They’re coming so fast and thick … that we’ve lost count.'” To try to stop it, researchers wanted to learn more. Meteorologists asked for $5 million more a year from Congress to be able to study tornadoes whirling through the Midwest’s Tornado Alley, then, hopefully, learn what they needed to do to stop them.

Weather satellites were a boon to both forecasters and anyone affected by extreme weather. The powerful Hurricane Esther was discovered two days before anything else spotted it, leaving space engineers “justifiably proud.” The next satellite in line was the Nimbus, which Popular Science devoted multiple pages to covering, highlighting its ability to photograph cloud cover 24 hours a day and give us better insight into extreme weather. Spoiler: the results really did turn out great, with Nimbus satellites paving the way for modern GPS devices.

Optimism for weather satellites seemed to be reaching a high by the ’70s, with Popular Science recounting all the disasters predicted–how they “saved countless lives through early hurricane warnings”–and now even saying they’d save your vacation. What they were hoping for then was an accurate five-day forecast for the world, which they predicted would save billions and make early warnings even better.

Those weather alerts that come on your television during a storm–or at least one radio version of those–were documented by Popular Science in 1979. But rather than being something that anyone could tune in to, they were specialized radios you had to purchase, which seems like a less-than-great solution to the problem. But at this point the government had plans to set up weather monitoring stations near 90 percent of the country’s population, opening the door for people to find out fast what the weather situation was.

Here Popular Science let loose a whooper for anyone with a fear of extreme weather: lightning kills a lot more people every year than you think, and sometimes a lightning bolt will come and hit you even when there’s not a storm. So-called “bolts from the blue” were a part of the story on better predicting lightning, a phenomenon more manic than most types of weather. Improved sensors played a major part in better preparing people before a storm.

Early access to computers let weather scientists get a 3-D, radar-based view of weather across the country. The system culled information from multiple sources and placed it in one viewable display. (The man pictured looks slightly bored for how revolutionary it is.) The system was an attempt to take global information and make it into “real-time local predictions.”

A year’s worth of weather detection for every American was coming at the price of “a Big Mac, fries, and a Coke,” the deputy director of the National Weather Service said in 1997. The computer age better tied together the individual parts of weather forecasting for the NWS, leaving a unified whole that could grab complicated meteorological information and interpret it in just a few seconds.

Computer simulations, we wrote, would help us predict future storms more accurately. But it took (at the time) the largest supercomputer around to give us the kinds of models we wanted. Judging by the image, we might’ve already made significant progress on the weather modeling front.