There’s actually no such thing as a natural disaster

Hazards are natural; disasters are manmade. 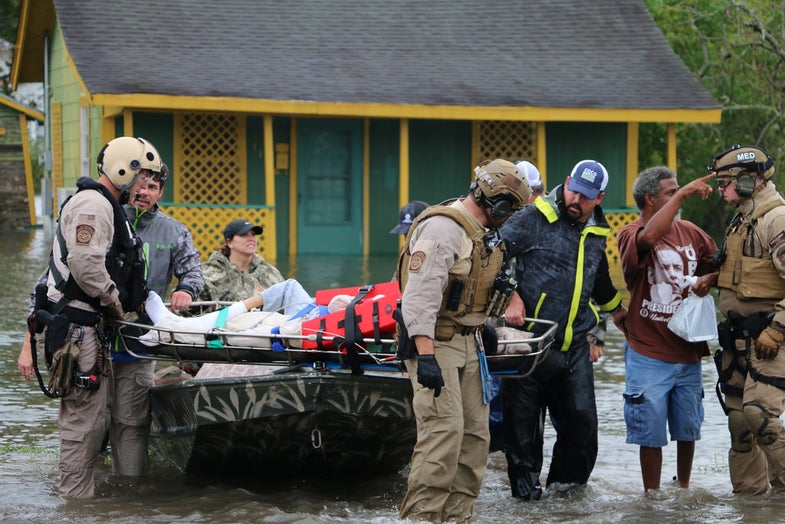 How many of these crises could be averted?. US Customs and Border Patrol
SHARE

There are many ways to describe the wave of disasters—the hurricanes, wildfires, and droughts—that have swept across North America this summer.

You could call them unprecedented. After all, Irma and Harvey were the first two category four hurricanes to make landfall in the United States in the same year. You might call them harrowing, especially when you consider that more than six million acres of land—a million in Montana alone—have burned during this year’s wildfire season. And no one paying attention to the aftermath of hurricanes Maria, Harvey, and Irma would hesitate to call those storms devastating. Puerto Rico’s 3.4 million residents have struggled for more than a week with no electricity, and more than half of them still don’t have clean water. And, for the first time in more than 300 years, no one is living on the Island of Barbuda; all 94,000 residents have left.

There are many ways to describe this summer’s calamities. But whatever you call these disasters, don’t ever call them natural. There’s nothing “natural”—which is to say, nothing inevitable—about a disaster.

Most of what we call natural disasters (tornadoes, droughts, hurricanes) are indeed natural, though human contributions may increase their likelihood or intensity. But they aren’t disasters—they’re hazards. If a hurricane slams into land where no one lives, it isn’t a disaster; it’s weather. A disaster is when a natural hazard meets a human population. And often, that intersection is far from natural.

When a natural hazard meets humankind

When you look at the Houston communities most harmed by Hurricane Harvey, much of that harm was not only predictable—it was predicted. In 2016, ProPublica put out a detailed article explaining how a lack of planning left city residents incredibly vulnerable to a hurricane. The city allowed entire neighborhoods to spring up in areas that the Army Corps of Engineers knew would flood during a significant rain event. A 1996 report urged Harris County, where Houston is located, to take steps to reduce the risk. It was ignored. Harvey was an intense weather phenomenon, yes. But only a lack of infrastructure and planning transformed it into a disaster.

Houston wasn’t alone in its lack of foresight. An increasing number of homes are being built in areas considered especially prone to catching fire. Over the past 20 years, some 250,000 people have settled into Colorado’s “red zone” alone. Red zones make for attractive real estate, despite their propensity for burning, for different reasons; they’re pretty, in some cases, and they’re often affordable. There’s also that distinctly American belief that we should be able to live where we want, hazards be damned. But if you knowingly built your house in the path of a moving train, most wouldn’t call the inevitable collision an accident.

To be clear, this isn’t to blame any one person—or group of people—for their misfortunes. Many live in risky areas because the risks weren’t made clear to them, or because the areas only became risky after the fact as humans further altered the landscape. Wealth is, of course, a factor. Stymied by policies that have made it hard for the U.S. territory to be financially solvent, Puerto Rico hasn’t exactly been able to prioritize investment in infrastructure. And in some places, government policy has pushed people onto marginal land, forcing them to eke out their existence in places particularly primed for disasters.

When hurricane Sandy battered New York City, for example, some of the hardest hit communities were located on the Rockaway Peninsula. As its name suggests, the location is essentially an 11-mile-long barrier reef, with Jamaica Bay on one side and the Atlantic Ocean on the other. Its location makes it a magnet for tropical storms, and a disaster waiting to happen: evacuation is difficult, especially if you don’t have a car. And yet, the city deliberately pushed poor people, disabled people, and the elderly onto the land.

“Rockaway’s isolation and open spaces tempted public officials to regard the area as a convenient place to relocate poor minorities out of the center of the city,” writes Lawrence Kaplan in his book Between Ocean and City. “Many of these new residents, recipients of public assistance, did not come to the Rockaways by choice, rather, municipal authorities directed them there. Government agencies simply accepted the restrictive and segregated practices that prevailed in other parts of the metropolitan areas and made no attempt to challenge them.”

Kaplan notes that although the Rockaways were only home to .05 percent of the total population of Queens county, they would come to hold over 50 percent of its subsidized housing. In the years that followed, the county would also build nursing homes for the elderly along the shore, and group homes for recently released mental health patients. The city knowingly put some of its most vulnerable residents on the riskiest possible land. The resulting devastation after Sandy was spoken of as if natural; inevitable. It wasn’t. 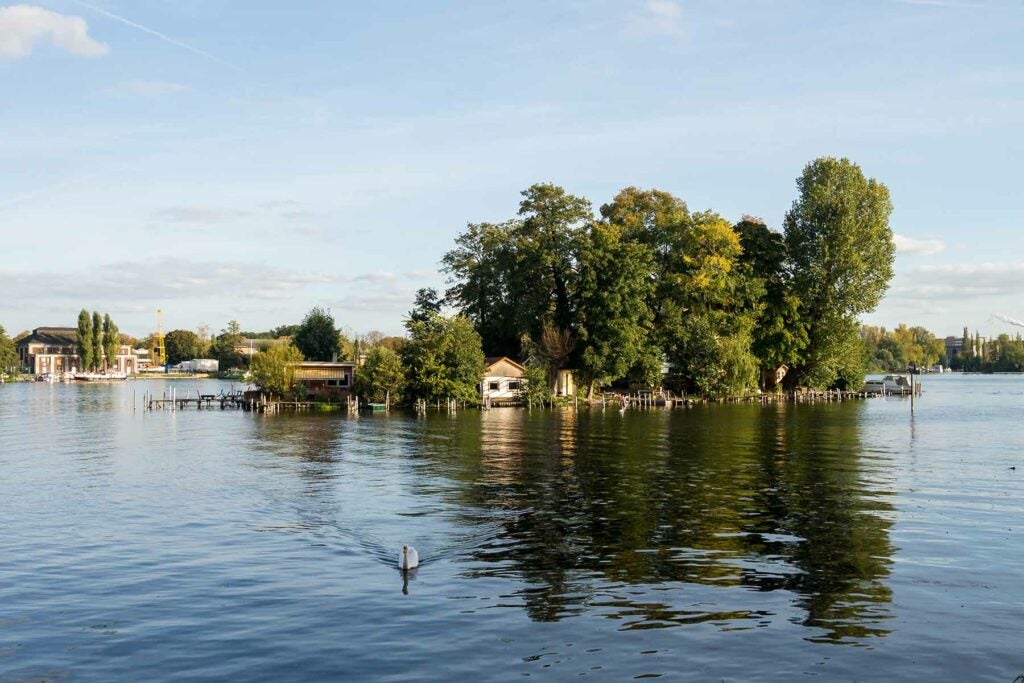 Room for the River

It is true that some level of natural hazard is unavoidable. There’s likely nowhere on Earth that is immune to all natural hazards: earthquakes, floods, hurricanes, tornadoes, blizzards, drought, etc. But when we say that a disaster is natural, it lets us off of the hook from doing anything to prevent its worst effects. It allows us to avoid planning for hazards, and to pretend that the awful collision of people and the forces of nature is inevitable.

Houston, despite it’s a long legacy of flooding, doesn’t have flood evacuation zones. Evacuating large cities is difficult if not impossible, but breaking a city into zones based on patterns of historical flooding gets around some of that problem. People in locations at low risk of flooding can stay put, while those in high risk locations can self-evacuate—either to low risk locations in the city, or if they have the means, outside of the city altogether. Even during Harvey, Houston did not flood uniformly. If the city had created zones, officials could have encouraged neighborhoods that were almost certain to flood to move to places that were likely to be relatively safe. Some of those extreme rescues from roofs wouldn’t have been necessary. Neither would the deaths of those who drowned in their attics waiting for help. And it’s worth noting that not every country takes such a cowboy attitude about its natural hazards.

The French word for The Netherlands is Pays-Bas, a phrase that literally means the low country—a nod to the nation’s position at or below sea level. It’s famous for a complex system of dikes, which have managed to keep water at bay—and its residents mostly safe from disaster. In 1993 and 1995, a series of intense storms struck the 2,000-year-old Dutch city of Nijmegen and threatened that longstanding sense of security. People and animals evacuated, but the dikes held. Disaster was averted. And yet, the residents still aren’t taking their infrastructure for granted. In the face of increased risks due to the rising sea levels associated with climate change, the city isn’t just raising its dikes. It’s also moving them back, essentially creating a bigger flood plane to allow the river to meander. The Netherlands is planning for its hazards and getting out of their way—unlike the United States.

“For the past five decades or so, social scientists studying disasters have disputed that disasters are not ‘natural,’ but socially constructed events which are influenced by demographic and socio-economic characteristics, social and cultural norms, prejudices and values,” begins the book There is No Such Thing as a Natural Disaster: Race, Class, and Hurricane Katrina. As this year’s disasters fade from our memory—likely far sooner than it will take many of those struck to recover—it’s a note we should all keep in mind.