Plane rides of the future could be fueled by table scraps 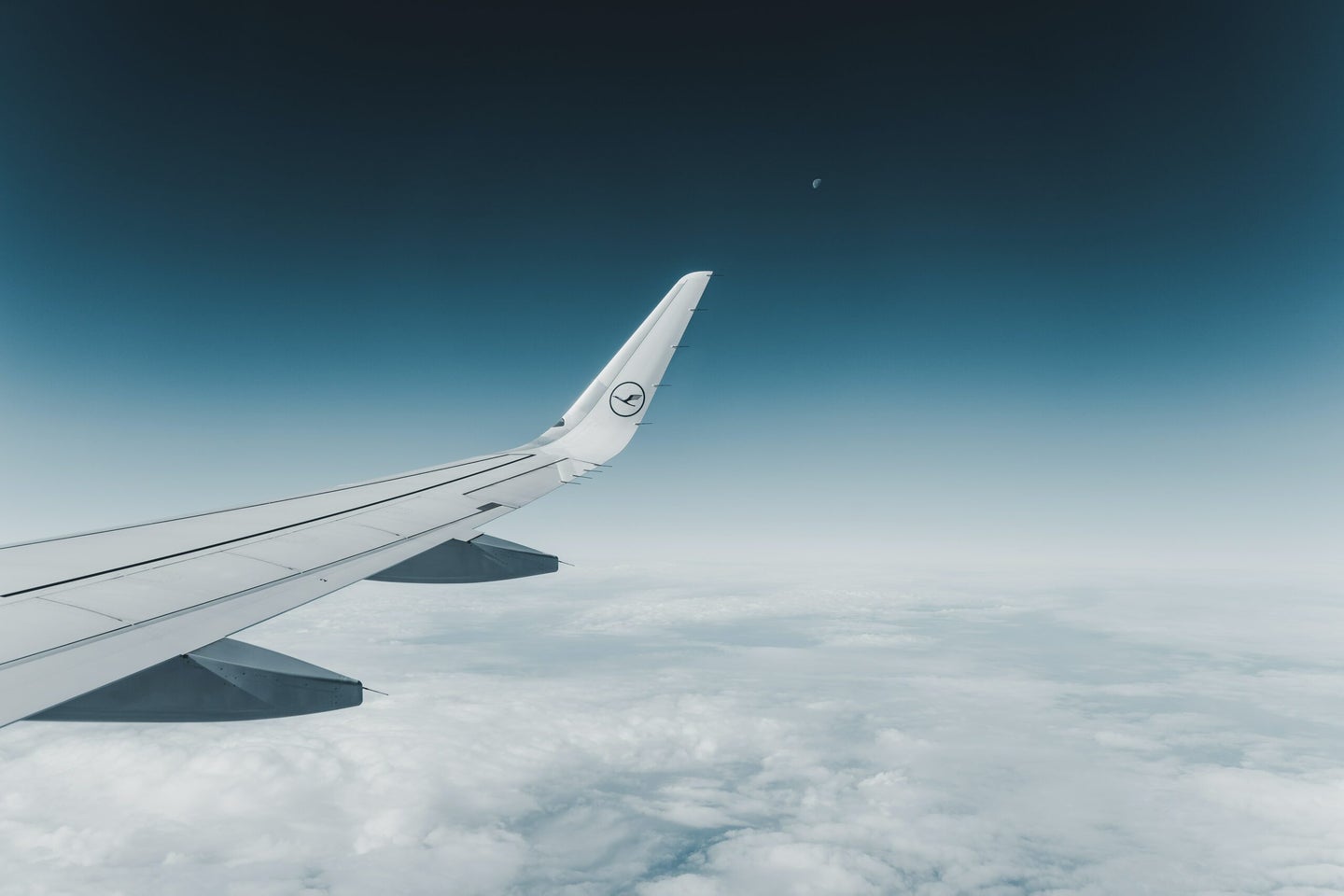 A brand new study details how we can knock out food waste and airplane fuel in one sweep. Julian Hochgesang on Unsplash
SHARE

Commercial aviation alone contributes around three percent of total global carbon emissions. But the industry is actively looking for green solutions in the form of sustainable jet fuel, and in one case, that fuel may have had a previous life as your household food scraps.

In a study released this week in the Proceedings of the National Academy of Sciences, a team of researchers from the National Renewable Energy Laboratory in Golden, Colorado and other institutions details a method of converting food waste into sustainable jet fuel that can be used in existing engines.

Biomass, such as manure and food waste, can be converted into biofuels, which are renewable liquid fuels made from organic matter. Ethanol and biodiesel are two common types of renewable biofuel, but making sustainable aviation fuel is a more complicated process—it’s got to be so similar to the petroleum-based jet fuel we use today so it can “drop-in” existing engines and aircraft. Reimagining the airplane engine to run on different types of fuel will take time, so the goal is to design a fuel that can be used now.

The researchers were able to use volatile fatty acids from fermenting old food waste and convert it to simple paraffin molecules that can be used in fuel and really aren’t all that different chemically from traditional fossil fuels. Other sustainable aviation fuels have been made from biomass, specifically oil, fat, and grease from vegetables and animals, but using our ever-mounting pile of food waste to fuel flight broadens those possibilities.

Derek Vardon, a senior research engineer at the National Renewable Energy Laboratory and study author, and Nabila Huq, a postdoctoral researcher at NREL and the lead author of the study say that their fuel worked at the 90 percent conventional petroleum jet fuel, 10 percent alternative jet fuel blend that is required from the industry currently. They also showed they could push it to a 70/30 blend, but more time and testing are required to allow that ratio in the real world.

Vardon says major companies are eager to get involved in sustainable aviation fuel because some sustainable solutions, such as battery-operated commercial planes, just aren’t possible yet with current battery technology. A battery-powered plane would be too heavy to fly long distances—so fuel that works in the same way as the fuel we have is a simpler way to trade out emissions-heavy fossil fuels.

“There’s been an explosion in the last year of companies looking to use sustainable aviation fuel, like, Microsoft, Amazon, FedEx,” he says.

Vardon says that because the wet waste used in the process would normally go to a landfill and break down to release greenhouse gases, the process of making and using sustainable aviation fuel could actually have a negative carbon footprint when scaled up.

“To do that and to meet the requirements for a sustainable aviation fuel is actually not trivial,” he says. He compares being able to make sustainable jet fuel as hitting a “bullseye” on a dartboard because of tight regulations for safety and performance.

Not only do these sustainable fuels put the industry on a path toward net-zero emissions, but they also produce fewer sooty aerosols when burning. Soot particles provide the nucleus for clouds known as contrails to form from plane exhaust, which then serves as a “blanket” and trap heat in the atmosphere.

To get this product into the market in the near term, Huq says they tried to “match the specifications of existing conventional jet fuel without trying anything too fancy as far as modifications.”

Commercial airlines are on board to find an affordable and sustainable solution to the carbon-intensive process of air travel. Airlines are looking to hit aggressive sustainability goals by 2050, including decreasing net carbon dioxide emissions by 50 percent. “We’re excited to partner with NREL as we continue our journey to make commercially-viable SAF [sustainable aviation fuel] a reality and a part of Southwest’s future,” Michael AuBuchon, Southwest’s senior director of fuel supply chain management, said in a statement.

A major question as we go forward in this type of research is if it is possible to run an airplane engine on fully renewable fuel. Rolls Royce recently did a demonstration on one of their company’s engines at 100 percent sustainable airline fuel and it worked. “This [fuel] is not crazy and we can solve these problems,” Vardon says.