Will An Earthquake Damage Your Area In The Next Year? 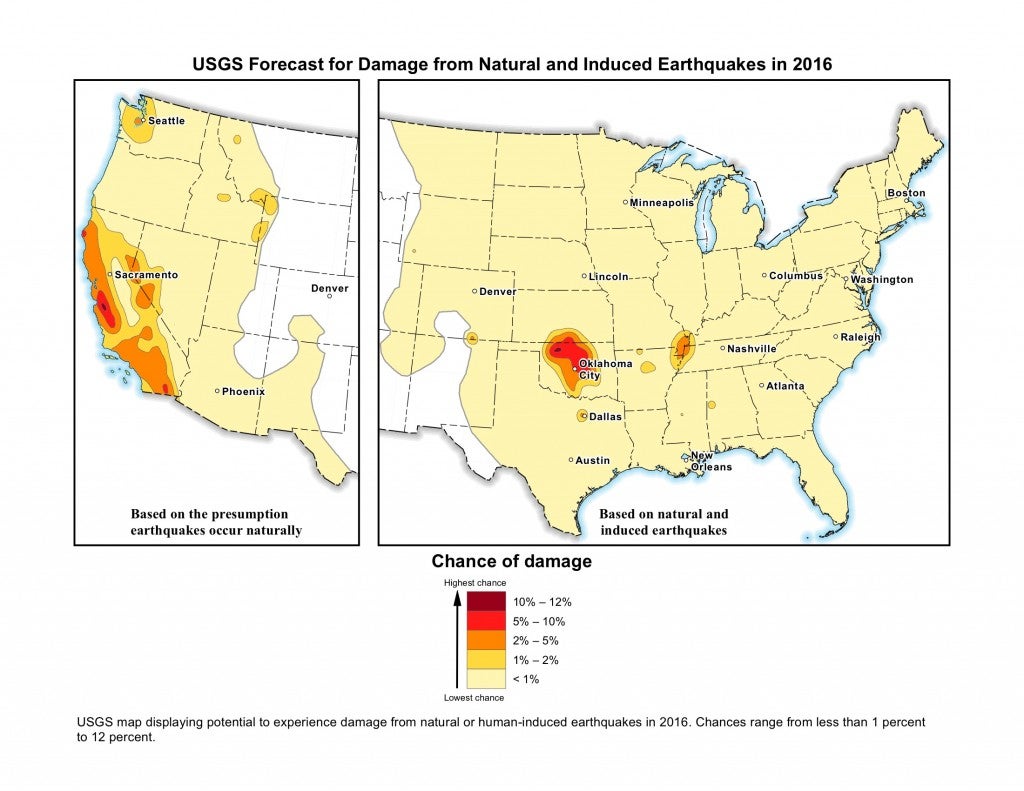 Over in Oklahoma, people are shaking things up. Literally.

Today, the United States Geological Survey (USGS) released a map projecting the chance of damage from both natural and human caused earthquakes between now and the end of 2016. San Fransisco’s high chance of tremors isn’t that surprising, but Oklahoma and other areas also had a high chance of experiencing damage from earthquakes.

Oil and gas production uses a lot of water, and all that water has to go somewhere. Companies running oil fields (both standard wells and fracking) tend to get rid of wastewater by injecting it deep into the ground, a process that can literally move the earth, triggering earthquakes. These earthquakes are what researchers refer to as induced earthquakes. Oklahoma’s largest earthquake, with a magnitude 5.6, was linked to wastewater injection.

The researchers included the west coast on the map, but the one-year outlook for those states was drawn from the USGS’s 50-year prediction, issued in 2014. Even though there is wastewater injection used in the West, the researchers figured that the likelihood of damage from earthquakes on the West Coast wouldn’t change that much even if they added in the induced earthquakes. After all, the West already has a lot of earthquakes already. 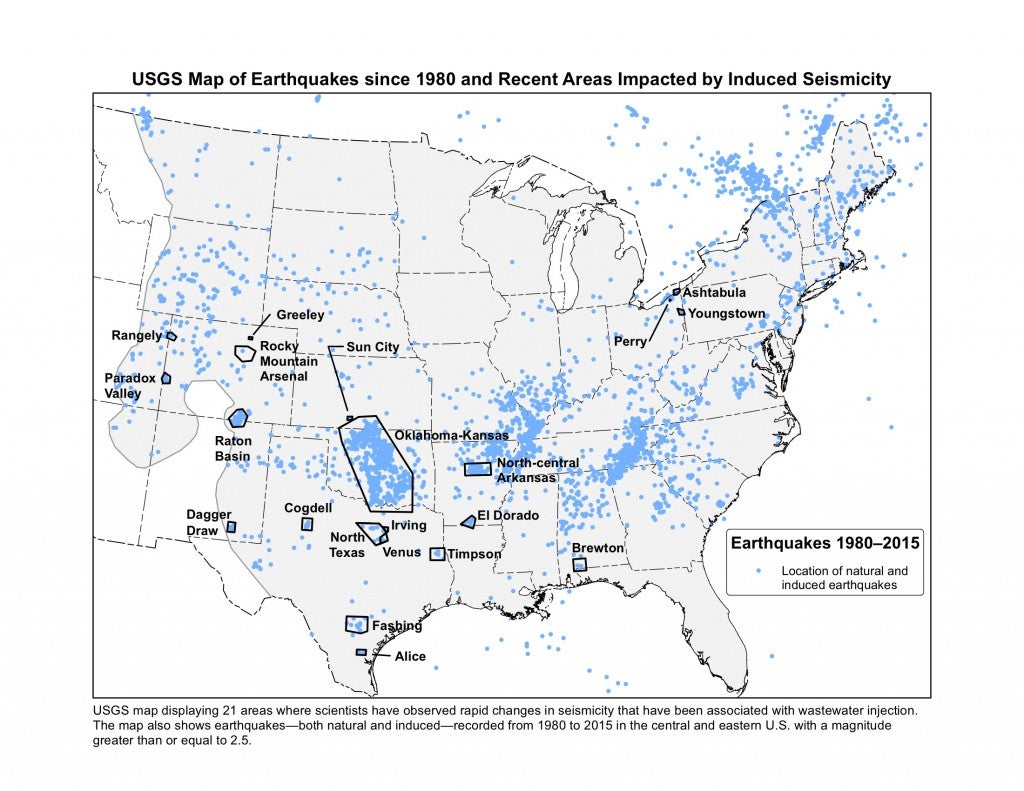 Blue dots represent earthquakes with a magnitude larger than 2.5 that have occurred in the Central and Eastern United States since 1980. Black shapes enclose the 21 areas where earthquakes are connected to wastewater injection, a process involved in oil and gas production.

The six states with the highest chance of damage from induced earthquakes are, in order from greatest to least likelihood: Oklahoma, Kansas, Texas, Colorado, New Mexico and Arkansas. Over 7 million people nationwide are at risk of experiencing damage to property from an induced earthquake.

Does that mean that people there need to start doing earthquake drills? No. It’s not going to hurt for people everywhere to learn to “Drop, Cover, and Hold On,” but it’s also not going to take priority over, say, tornado drills in that part of the country. The highest chance of damage (the areas in red on the first map) tops out at 10 percent to 12 percent. That may be alarming, but it’s not something to get worked up into a panic about.

The damage predicted includes cracking in structures, and isn’t necessarily predicting massive collapses or other catastrophic damage. The researchers who put this map together hope that it will serve as a tool for city planners and others looking for ways to get used to a shaky new normal in areas with wastewater injection. At a press conference, the researchers said that more localized maps might be made available at an unspecified future date.