‘Project Iceworm’ was a Cold War-era army project, and its results accidentally revealed secrets about our planet’s past. 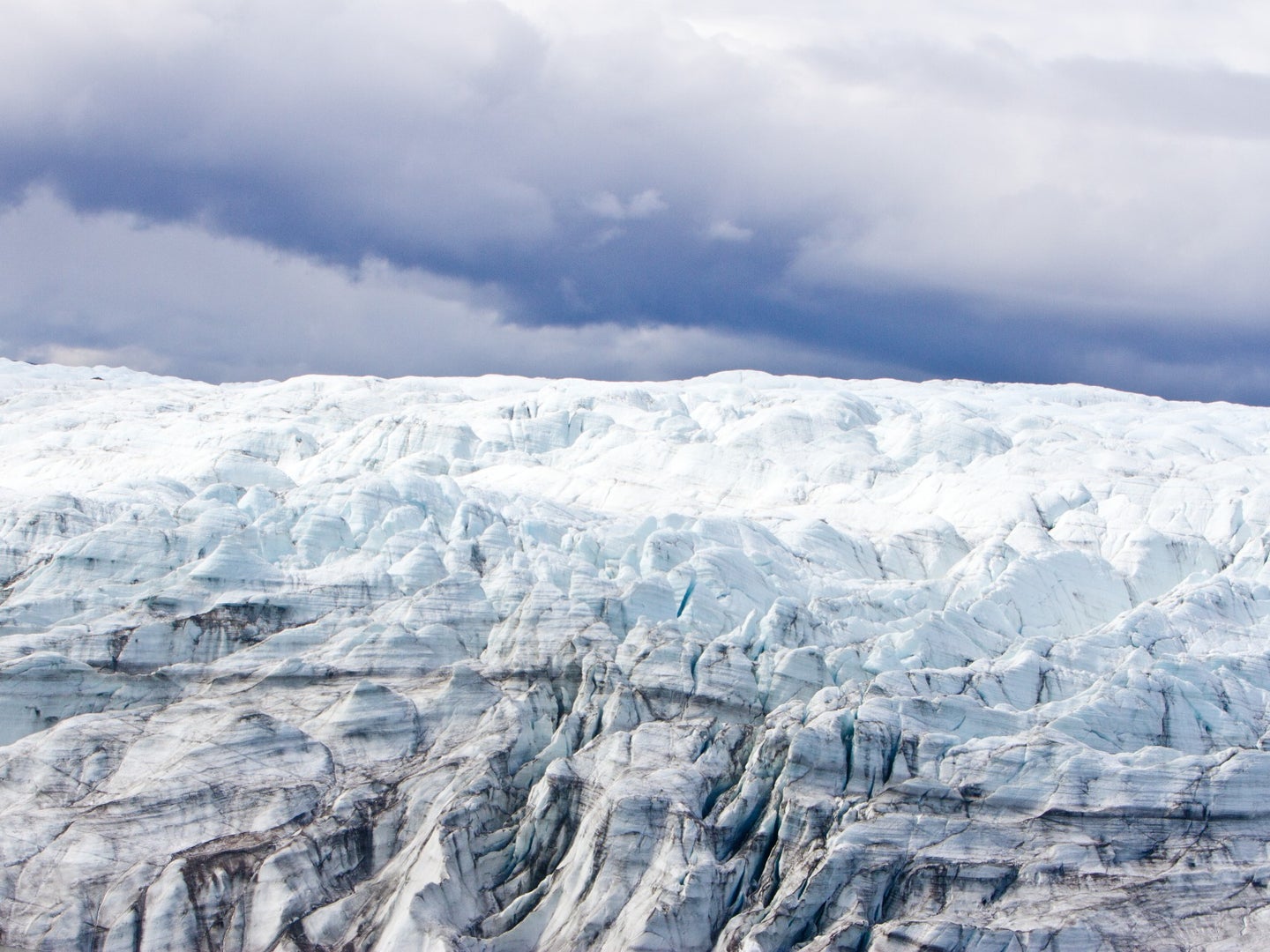 A forgotten ice core has given researchers new information about when Greenland's ice sheet may have previously melted. Joshua Brown/UVM
SHARE

In 1966, in the middle of the Cold War, scientists extracted a nearly mile-long core of ice and sediment from Greenland’s ice sheet. The scientists’ work was a cover for “Project Iceworm,” an effort by the U.S. military to potentially store and launch nuclear missiles out of an underground base known to the public as Camp Century. A 1963 film about Camp Century, created by the U.S. Army, shows vehicles charging triumphantly through the snow, reshaping the frozen landscape with steel and theatrical masculinity.

The project was eventually scrapped—though the pollutants left behind may resurface as the ice melts—while that ice core actually drove critically important research into the Earth’s climate. But the sediment in its bottom layer was only recently rediscovered by researchers. Now, it’s the subject of a new study published on March 16 in the journal Proceedings of the National Academy of Sciences.

When the authors looked in the sediment, they found fossilized tundra plants: freeze-dried, astonishingly preserved twigs and moss leaves. The plants’ existence, along with certain chemical signals, indicated that the ice sheet had disappeared, allowing plant life to bloom. Other dating techniques suggested that it happened within the past 1.1 million years.

The study’s findings bolster evidence that Greenland’s ice sheet may have completely melted without the kind of human-caused warming the planet is experiencing now. This could mean that the Greenland ice sheet is really sensitive to changes in the climate, says lead author Andrew Christ, a postdoctoral fellow and geology lecturer at the University of Vermont. In other words: It doesn’t bode so well.

“If we continue to warm the planet uncontrollably, we could melt away the Greenland ice sheet and raise the sea level,” he says. “That would be very bad, because 40 percent of the global population lives within 100 kilometers of the coast. And 600 million people live within about ten feet of sea level rise.”

Today, as a result of warming triggered by burning fossil fuels, Greenland’s ice sheets are melting fast. As the Washington Post notes, the entire ice sheet likely will not melt anytime soon (in human terms, at least), but if it did, it could raise global sea levels by over 20 feet.

“As a geologist, I’m interested in what happened in the past, because it can contain information that is useful for the future,” says Christ. Sediment cores taken from the ocean’s floor—the process is similar to when you stick a straw in your drink, cover the top, and pull out liquid—had already hinted that Greenland may have been smaller in the past, he explains, but those records couldn’t tell us exactly where the ice was and where it wasn’t.

These results, in conjunction with previous findings from a different part of Greenland, suggest “that the ice sheet is more unstable than it was thought before,” says Anne de Vernal, a professor of earth and atmospheric sciences at the University of Quebec in Montreal.

“This is an exciting study that sheds light on the dynamics of the Greenland Ice Sheet and demonstrates that it is capable of dramatic shrinkage, which would contribute to sea level rise,” wrote Aradhna Tripati, a climate scientist at UCLA, in an email to Popular Science.

[Related: Humans are altering Earth’s tides, and not just through climate change]

One limitation, Christ notes, is that we don’t know quite when, within the million-year time range established in the study, the ice disappeared. Additional analysis of the sediment, he says, will improve researchers’ understanding of the timing around the ice sheet’s disappearance.

De Vernal agrees that more study is needed. “There are large uncertainties concerning the age of the vegetation that developed when northeastern Greenland was ice free and about how long the ice-free interval lasted,” she says in an email.

Christ was struck by how well-preserved the vegetation was. “We would put them under the microscope with a little bit of water, and the leaves that were on the stems of these twigs would just begin to unfurl,” Christ recalled. “Which was amazing, because they’ve been under ice for hundreds of thousands of years.”

Future research, he says, will attempt to answer additional questions, such as how warm it was in that part of Greenland when the ice was lost.

“It’s important for people to understand that our climate system and natural systems are quite sensitive to small changes,” says Christ. But the situation is not hopeless, he stressed. “Humans have the agency and ability to stop this, if we commit ourselves to changing the way that we create energy and use carbon to fuel our lifestyles. And if we change that, we can avoid these worst case scenarios.”