Before this century’s end, toxins, radioactive material will come back to haunt us 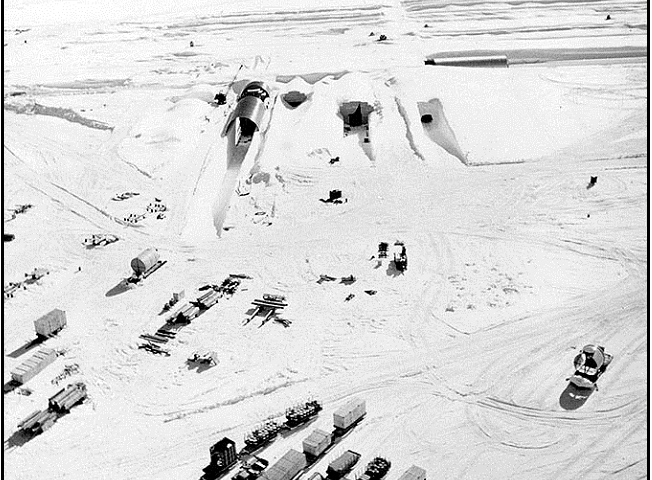 In 1951, the United States government made a pact with the Danish government to begin building camps and testing sites throughout Greenland to protect themselves from arctic Soviet attacks.

Camp Century, built 125 miles inland from Greenland’s shores, was built within the ice, housing up to 200 soldiers, testing construction in the arctic, drilling some of the first ice cores and even testing secret nuclear missiles.

But in 1967, Camp Century, and other camps, were decommissioned and closed. All but the nuclear reactor cores were left, to live forever, forgotten beneath the ice. Or so they thought.

A new study published today in the journal Geophysical Research Letters says that we shouldn’t forget about the stuff, some of it toxic and radioactive, because Greenland is melting. The scientists, from York University in Toronto, estimate with a business-as-usual climate model, the site will be melting in the next 75 years. Outside experts say it could be even sooner than that.

By completing an inventory of the site, the scientists estimate that there are 53,000 gallons of diesel fuel, 63,000 gallons of waste water and sewage, and unknown amounts of polychlorinated biphenyls and radioactive coolant. While the site is currently under more than 100 feet of snowfall, fallen since the 1960s, the pollutants will not stay hidden forever.

With the pollutions’ reemergence, the study authors believe this could bring up questions of who is accountable for cleaning up the site. The United States built the site, with the Danish government on a Danish territory, which is now under self-rule.

“It’s a new breed of political challenge we have to think about,” lead author and climate and glacier scientist William Colgan said in a press release.

Whatever the option for cleanup may be, the scientists recognize that it won’t be happening any time soon. The site is under 100 feet of snow. But as the snow starts to melt, a solution must be drawn up, before the toxins rear their ugly heads.