Find the real breakfast of champions with this helpful chart

See just how badly sugar is ruining your morning. 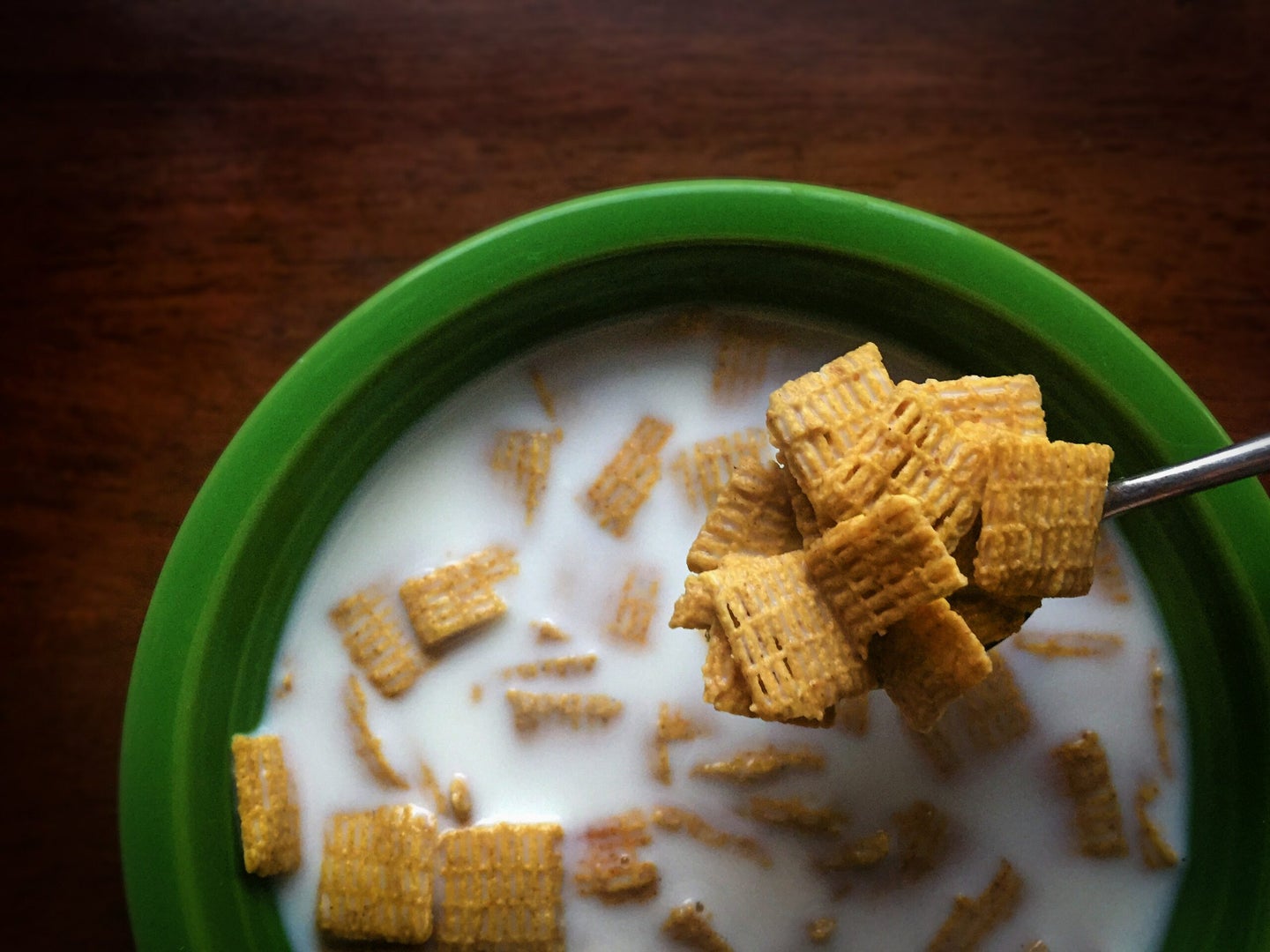 Cold cereal is an American breakfast staple, but it's not all that healthy. Pexels
SHARE

Breakfast isn’t the most important meal of the day, no matter what your pops said. Eat it or don’t—it’s probably fine either way. Unfortunately, though, a lot of what Americans do eat for breakfast isn’t exactly getting them off to a great start.

Cereal commercials have been telling us for decades that they’re part of a healthy breakfast, and a blueberry muffin staring at you from the bakery case can seem like a smart choice compared to the tempting chocolate croissant beside it—but the truth is, neither of those options is good for you. And sure, we all know a donut isn’t healthy, per se, but what about granola? Or a bagel?

Lots of people are unsure, so we decided to demystify it for you. Here’s what our spectrum of breakfast foods looks like:

Each of those dots represents one food item, and its position on the scale shows its score according to the Nutrient Profiling Model. That’s the method that Oxford University researchers came up with so that the Food Standards Agency could evaluate “healthiness,” which is otherwise a fairly ambiguous term.

To calculate that score, you need to know the food item’s weight and caloric punch, plus how much sugar, salt, saturated fat, fiber, protein, and fruit or veggie content it has inside. That limited what types of things we could put on this spectrum. Pancakes, for instance, are made according to recipes that can vary widely, and an individual pancake will have a varying weight. Instead, we stuck to foods you can buy pre-made (plus eggs, which the USDA has nutritional data for), since manufacturers have to provide that information on the label along with serving size.

Some of these foods are things you’d grab on the go, like Starbucks oatmeal or a Dunkin Donuts old fashioned glazed, but others are store bought like yogurt and granola. It’s also worth noting that unless the food itself came with topping (instant oatmeal, which often includes things like nuts and fruits inside, is a good example), we didn’t include any. That means when we say “eggs” we mean plain eggs, and “bagels” don’t count all the saturated fat inside cream cheese.

For the most part, a lot of breakfast foods counted as at least marginally healthy. Even sugar-laden yogurts tended to be low in saturated fat, and though white bread isn’t as fiber-dense as whole grain, most toast has a place in a healthy and balanced diet. Donuts aren’t healthy, but no one ever really thought they were. Muffins’ position well to the left of the healthiness border might surprise people—the truth is, their saturated fat and sugar content means they’re basically breakfast cupcakes.

You’ll notice that while we selected several different branded products to chart, we don’t call them out by name. For most of the kinds of foods we examined, it doesn’t make much of a difference—donuts are always going to be dubious breakfast choices, and smoothies and yogurts are all going to be relatively benign. There are, of course, exceptions. But if you’re chowing down on a protein-packed “donut” baked according to your favorite health blog’s specifications or slurping a smoothie made with ice cream instead of skim milk, well, you probably know where you stand.

But for some foods, more arbitrary choices can make a huge difference.

Some cereals are just as bad as donuts in terms of nutritional content, but others are healthier than eggs. The same could be said for granola—the fiber content mostly balances out all the sugar, but you’ll want to look carefully at each nutrition panel to make sure you’re getting something that isn’t basically a dessert. Oatmeal also quickly becomes less healthy in instant form, mostly due to tons of added sugar and sodium (more processed foods generally need more salt to taste right).

Sugar sneaks into much of American cuisine, and that’s doubly true for breakfast. And hey—sometimes you’re gonna have a donut at 8 a.m. That’s okay! Cinnamon Toast Crunch is the ultimate breakfast fantasy, and a glazed cruller cannot be beat. A morning sugar overload once in a while won’t kill you. But when it comes to the stuff you eat every day, take a minute in the supermarket aisle to consider what you’re putting in your body. You may not even realize how unhealthy it really is.