When a species is a rare as the Disa forficaria, pollination requires some creativity. 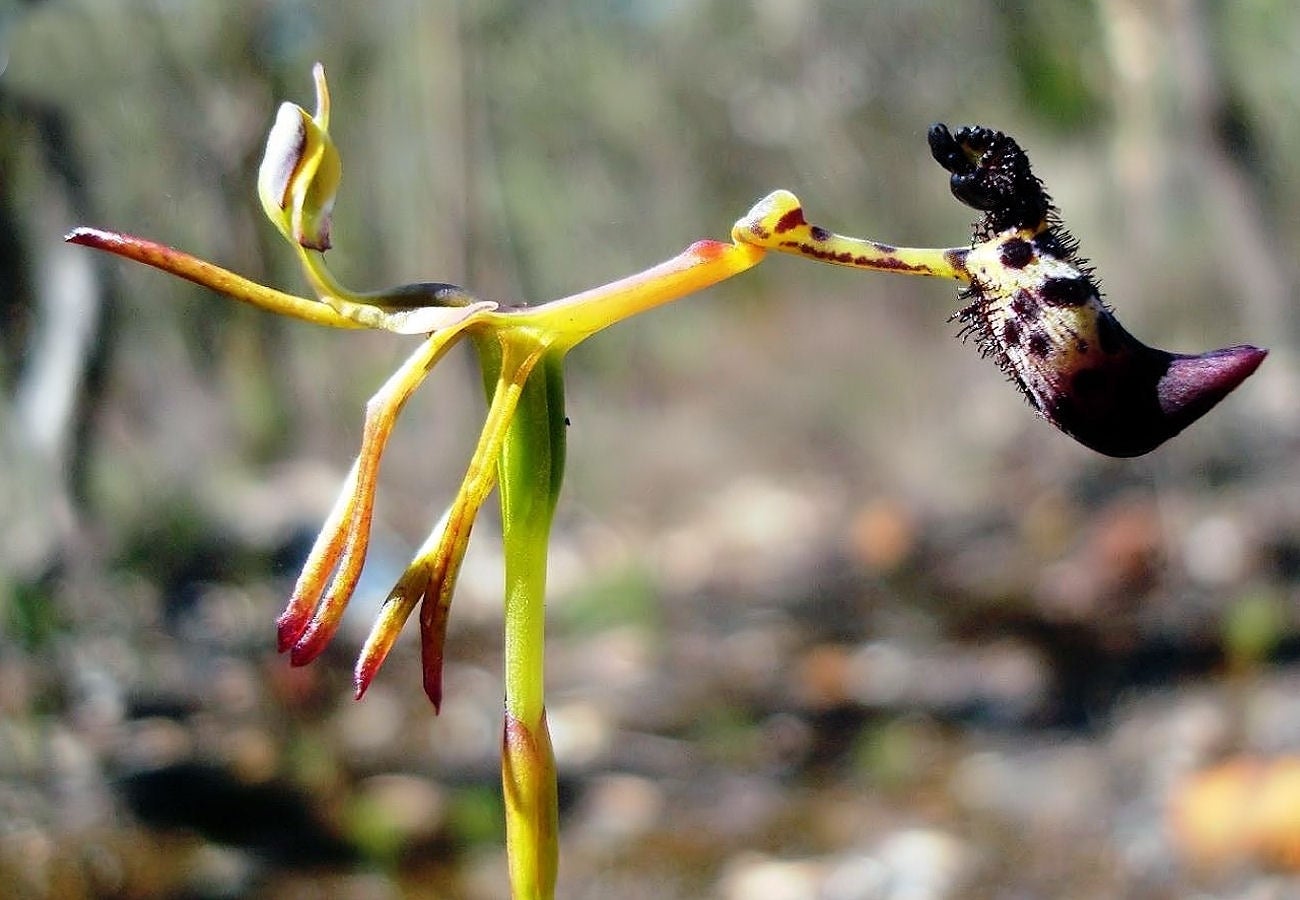 Biologists thought Disa forficaria orchids went extinct twice. Once in 2018, when a single specimen was found after 52 years without a sighting, and again in 2019 when that one orchid seemingly disappeared. There have only been 11 plants ever found in the last 200 years.

But in 2020, when researchers in South Africa were conducting a field experiment at the last known location of the mysterious flower, three male longhorn beetles showed up carrying D. forficaria pollen. That means there must still be at least one orchid still blossoming—we just can’t find it.

In the brief window in which the flower was in human possession, biologists leapt at the chance to study how it attracts pollinators. So, over eight days in March 2016 and another four days in March 2018, researchers observed how Chorothyse hessei beetles—the only insect spotted visiting the orchid—behaved around the flowers. They published their results in Current Biology.

The relationship between the beetles and the flower are nearly as strange as the flower’s history itself. Over the few days scientists saw them together, the insects were seen not just pollinating, but copulating with the orchids. That seems to be not just due to the curly, hairy petals that resemble insect antennae, but also because D. forficaria produces disalactone, a chemical that acts as a sex pheromone for male longhorn beetles. Biologists couldn’t confirm whether the female beetles produce disalactone too, because despite their sweeps they couldn’t capture any female C. hessei (only a single female beetle has ever been recorded, and it’s a 50+ year-old museum specimen, making them arguably even more elusive than their petaled lookalikes), but there’s some evidence to suggest related beetles rely on female-produce pheromones.

Whether or not the lady beetles produce the stuff, the male beetles were certainly attracted to it both on the orchids themselves and on plastic beads coated in disalactone. But the beetles aren’t exclusively attracted to the scent. The disguised flower seemed to help them get in the groove—they displayed much more sexual behavior around the flowers than around the beads. The males stroked the petals with their antennae and sometimes bit them, which is apparently a sexy thing in the longhorn beetle world.

Sexual deception is a pretty common thing in the orchid world (though trickery of this sort in beetles is unusual), but D. forficaria seem to be especially good at it. Longhorn beetles in this experiment went as far as ejaculating on the plant, which is quite rare.

Their ability to charm beetles might be key to how they’ve survived so long with such low numbers.

In the paper, the authors note that sexual deception has previously been thought to have a key advantage: it allows plants to get pollinated even when there are few flowers in the area. Most flowers suffer from a critical population cutoff point, and if their numbers dip below that point they stop being able to reproduce properly. But sexually deceptive plants have very high pollination rates even when they’re sparse.

If D. forficaria could be brought back, the male longhorn beetles are clearly still raring to go and could provide a way for the flowers to thrive. But whether we’ll ever find another orchid in the wild is another question.