This photo confirms that your tongue is basically a microbe party

Microbes live in communities together with their buds, the new image shows. 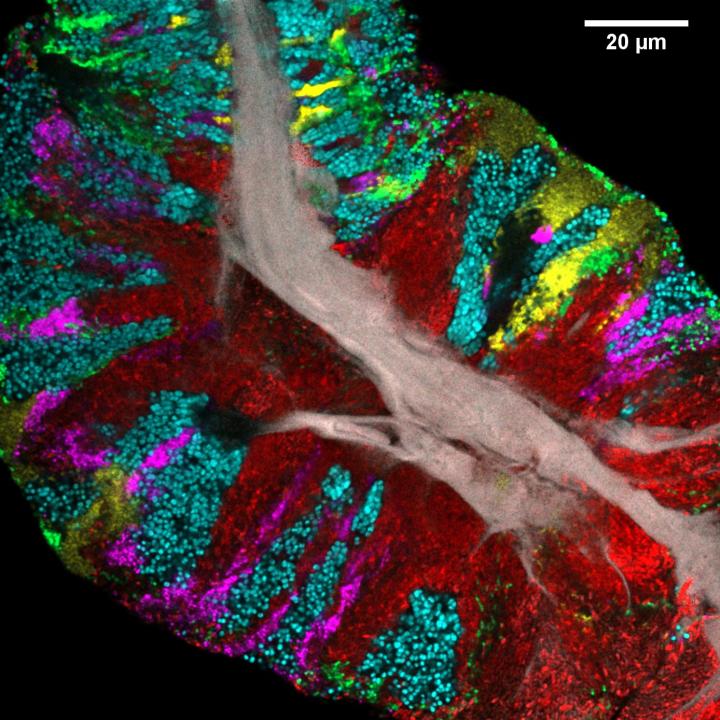 Our tongues are teeming with bacteria. STEVEN WILBERT AND GARY BORISY, THE FORSYTH INSTITUTE
SHARE

The human tongue is an essential component of our daily lives. After all, we wouldn’t be able to eat, taste, talk, sip, swallow, or even spit with the same level of precision as we do now without this organ. Despite this, our mouth’s main muscle remains somewhat of a mystery to scientists. Only recently have researchers begun to understand that there’s a whole ecosystem of bacteria—known as a microbiome—that call our mouths home. Now, researchers have been able to photograph this teeming microscopic community in more detail than ever before.

“Bacteria on the tongue are a lot more than just a random pile. They are more like an organ of our bodies,” says Gary Borisy, a researcher at the Forsyth Institute and the Harvard School of Dental Medicine in a release about the new image. He recently published his work on the tongue microbiome last month in the journal Cell Biology.

Researchers have known for a while that our tongues (as well as our guts, skin, belly button, and every other crevice of our bods) are teeming with microbes. By taking swab samples, we’ve even been able to get to know the exact species that live on and among us. But until now, we haven’t been able to see how all those species interact with each other in real time. Just like other ecosystems on earth, like a coral reef, a rainforest, or even a tiny stream, the conglomerate of species all find their own niches and work together to thrive within the same space. As the above photos reveals, the same can be said for your tongue.

To visualize where microbes on the tongue live and how they interact, researchers used a relatively new technique developed in Borisy’s lab called Combinatorial Labeling and Spectral Imaging – Fluorescence in situ Hybridization (CLASI-FISH), which involves labeling various microorganisms (previously identified to live on human tongues) with multiple fluorophores, which are fluorescent chemical compounds that absorb and re-emit light at various wavelengths. This technique allows many different species of bacteria and other microbes present on the tongue to light up at once when photographed. In doing so, the researchers were able to get a snapshot of how microbial communities live.

Unsurprisingly, a lot’s going on on our tongues, and it all plays a role in our health. As seen in the image above, the central gray core is the human epithelial tissue that makes up the outer flesh of our mouth muscles. The red spikes coming off the gray core are Actinomyces, harmless, gram-positive bacteria that are also found in our throat, digestive and urinary tracts. Close-by neighbors are the magenta-colored Veillonella. Both the Actinomyces and Veillonella can turn nitrate—found in foods like spinach and other leafy greens—into nitrite, which allows our cells to make nitric oxide which helps with vital functions like controlling blood pressure.

The well-known Streptococcus bacteria is highlighted in green and resides on the outer edges of our tongues. Other bacterial strains—Rothia in cyan, Neisseria in yellow—rest in clusters and stripes coming out of the central human-tissue core, which suggests that core is a fundamental component for growth.

The striking image clearly indicates that bacteria take on specific spots on the tongue. Now, the researchers want to better understand why this is, how it helps them thrive, and how anatomical components of our tongues (like those tiny bumps) help foster this growth—and how this all helps humans and our bacteria thrive.