Why your body looks so weird

From our ears to our toes, here’s why our bodies turned out the way they did. 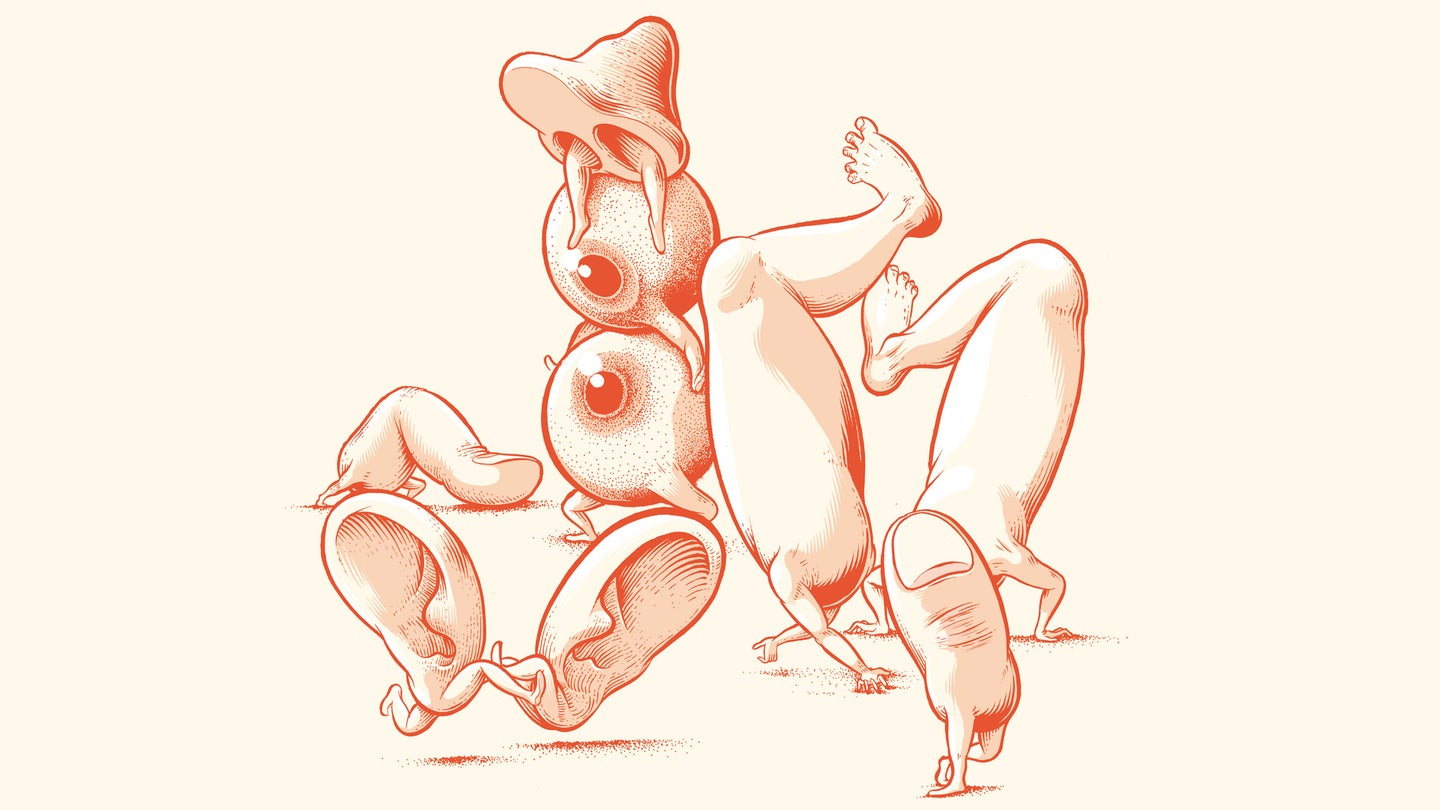 Humans are versatile creatures. Not many other earthlings excel in the same range of skills that we do. Imagine a fish trying to jog, or a horse lifting weights. Here’s how all of our adaptations affect what we see in the mirror.

The area that surrounds the iris—called the sclera—is tinted in most animals but bright white in humans. This allows us to see where others direct their gazes, enabling crucial silent communication like eye rolls and sideways glances.

Nose: a breath of warm air

Arslan Zaidi, evolutionary geneticist at the University of Pennsylvania

Climate likely plays a role in how noses formed. Our schnozzes filter air to make it warm and moist for our lungs. Wider nostrils prevent overheating, while narrow nasal holes more easily moisturize frigid, dry air. Evolution had to strike a balance.

Appendages: From fins to fingers

At some point in the course of animal evolution, small bones in fish fin rays became the relatively larger ones that make up human fingers and wrists. Our lab found each very different appendage actually contained the same exact type of cells.

The ear’s visible folds capture nearby noise, but tiny hair cells inside help turn that seized sound into recognizable audio. They are fragile, though. Unlike fishes and birds, when ours (and all mammals’) get damaged, they are ruined for good.

Legs: These Knees were made for walking

It’s not easy to find an efficient way to walk on two legs. Once we landed on a shinbone, knee, and thigh bone configuration that worked, we stuck with it. Everyone complains about knee pain. Evolution made something optimal, but it did not make it everlasting.