Why baseball players ‘bone’ their bats

Rubbing down wooden bats with cow femurs is a sort-of-scientific superstition. 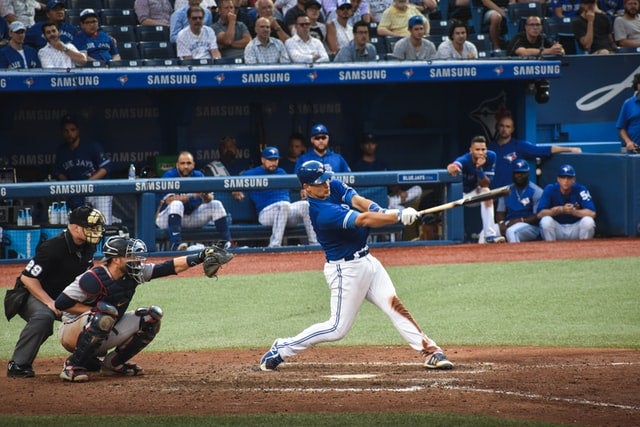 This week’s episode is all about the surprisingly weird world of play: Bog snorkeling, cheese rolling, baseball bat boning, and so much more. We’re celebrating our latest magazine issue, which is available as a digital-only edition for anyone who wants to read it. It’s all about the ways humans (and animals) have fun, and you can check it out for yourself right now. Here’s some more info on the weird facts we highlighted on this week’s episode:

FACT: Baseball players have a surprisingly scientific reason for their superstitious “bat boning”

All professional sports are packed with storied superstitions, but baseball really knocks it out of the park when it comes to strange traditions. As Jess Boddy explained on a previous episode of Weirdest Thing, this sport just seems particularly prone to superstitious tricks and bizarre myths. In the latest issue of Popular Science, which you can access right now from your phone, tablet, or computer, we examined some of the science and tech that goes into crafting a high-quality baseball bat. And somewhat to our surprise, that led us to what seemed like an extremely unscientific practice: Boning. No, not that kind of boning.

As we soon learned, baseball players historically used big bones (often cow femurs) to rub down their wooden bats. It might sound like some sort of attempt at dark magic, but at the time, giving your bat a good bone did have some effect on its performance. The force and friction helped compress the soft wood of the bat, and hitting with a harder surface means a ball will go farther. Compressing a bat also keeps it from wearing out and splintering.

However, as we explain on this week’s episode, modern-day boning practices aren’t quite as logical. Listen to Weirdest Thing to learn more.

FACT: Your favorite childhood toy (and sometimes snack) started out as a wallpaper cleaner

I was never a Play-Doh eater, but the fact that it’s basically just salt, water, and flour always made me think it must have vaguely culinary origins. Maybe some parents had given their kids a ball of poorly-made pie dough to play with, only to find it served as an excellent distraction. Or maybe a child “helping” with some baking figured out that a thick, floury paste made for a super-pliable toy superior to tough modeling clay.

But it turns out Play-Doh’s origins are far more utilitarian, and far less obviously child-safe: It began as a wallpaper cleaner. This is a product we don’t have a lot of use for today, but when you heated your house with a coal stove and your walls were covered in actual paper (unlike modern wallpaper, which is made with types of plastic), you really needed something to help lift all the black dust off your walls that wouldn’t turn paper soggy. That substance was Play-Doh—or, more accurately, a mixture of flour, salt, water, and boric acid that would later become Play-Doh. You’ll have to listen to the episode for all the details, but suffice to say we have one forward-thinking woman in particular to thank for this member of the Toy Hall of Fame.

If working on the latest issue of PopSci taught me anything, it’s that people have come up with some seriously weird ways of goofing off. You can peruse the digital edition of the magazine for stories about folks who enjoy doing ultra-marathons in dark, freezing conditions and grown men who obsessively craft and race tiny pinewood derby cars. We also explore the concept of “Dark Play,” which finally explains, once and for all, why you loved to drown your sims in their swimming pools.

With that inspiration in mind, I decided to spend this week’s episode taking a closer look at one of my favorite bizarre recreational pastimes: Competitive cheese rolling.

The Cooper’s Hill Cheese-Rolling and Wake is held every spring in Cooper’s Hill, England. It sounds simple enough: You roll a wheel of cheese down a hill and try to catch it. But that 9-pound wheel o’ cheese can hit speeds of 70 mph, turning it into a dangerous projectile capable of knocking you down (or out) like a bouncing bowling ball. Then there’s the fact that the 650-or-so-foot hill where the event takes place is quite steep and uneven, making it incredibly dangerous to run straight down.

The speed of the cheese and the perilous nature of the slope means that competitors don’t actually catch their prey; instead, the winner is whoever makes it down to the bottom of the hill first. But the sport isn’t just absurd. It’s also incredibly dangerous. In 2008, an article in the Sydney Herald—written because competitors come from all over the world, with Australia being no exception—described the event as “20 young men chasing a cheese off a cliff and tumbling 200 yards to the bottom, where they are scraped up by paramedics and packed off to hospital.”

You can find out more about this fascinating event and its controversial history in this week’s episode. And because cheese rolling just wasn’t weird enough on its own, I also share a long list of strange but true sports from around the world. Toe wrestling, anyone?