What to know about ‘Bunny Ebola,’ the rabbit virus sweeping the Southwest US

It's hardy, contagious, and risky to wild animals and pets. 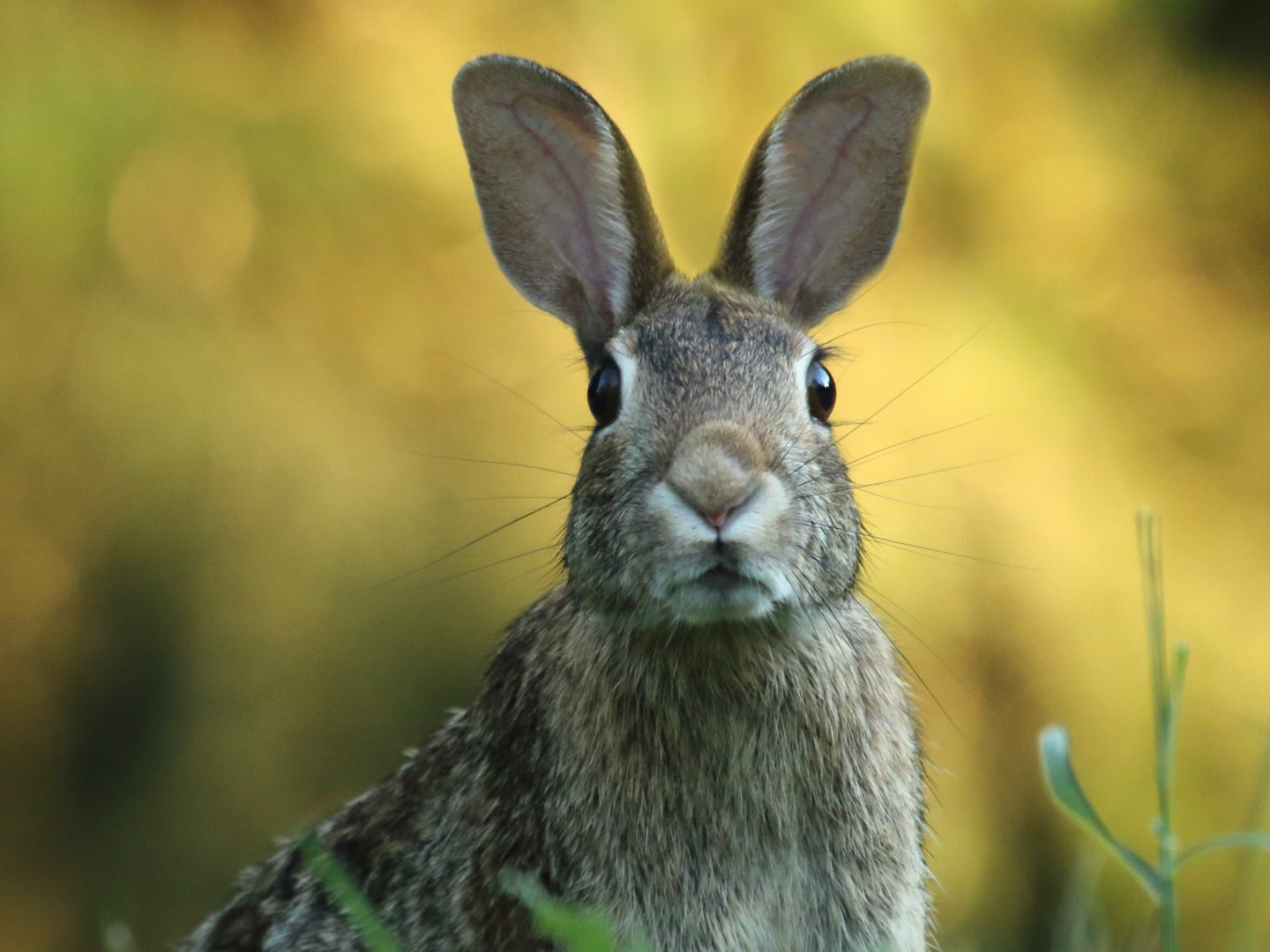 An outbreak last year of rabbit hemorrhagic disease in northwestern Washington state had devastating impacts on both feral and pet rabbits. Now animal health officials are tracking its spread and trying to protect their most endangered rabbits from a disease that is very contagious and has a high mortality rate. Pexels
SHARE

A deadly virus is spreading with alarming speed among wild and domestic rabbits in seven southwestern states. The contagion causes an illness called rabbit hemorrhagic disease that has earned the nickname “bunny Ebola” because the disease causes massive internal bleeding and bloody discharge around the nose and mouth. The virus kills swiftly—as happened in February, when pet rabbits boarding at a veterinary practice in Manhattan suddenly began to die without warning, The New Yorker reported last month.

The disease is deeply worrying for domestic rabbit owners and could also have consequences for wild rabbit, hare, and pika populations. An outbreak last year in northwestern Washington state had devastating impacts on both feral and pet rabbits. Now animal health officials are tracking its spread and trying to protect their most endangered rabbits from a disease that is very contagious and has a high mortality rate.

“They both represent a longtime fear that has come true,” says Susan Kerr, an education and outreach specialist at the Washington State Department of Agriculture. Public health officials have worried about a pandemic, while rabbit owners have watched the virus spread across Europe for years. “Rabbit enthusiasts have always been terrified of this disease.”

Rabbit hemorrhagic disease was first recognized in China in 1984. It’s caused by several pathogens that belong to a family called caliciviruses, which are unrelated to the ones that cause Ebola. In 2010, a new version of the disease arose in France that spread among domestic and wild rabbits and eventually traveled as far as Australia. Known as rabbit hemorrhagic disease virus 2 (RHDV2), it can kill infected rabbits within a few days by causing widespread inflammation, problems with blood clotting and bleeding, and organ failure. “The organs can’t do their functions anymore because there is so much blood in them,” Kerr says.

The first known case of RHDV2 in the US was spotted in Ohio in 2018. The current epidemic began in New Mexico and Arizona this past March, with the virus rapidly appearing in Nevada, Colorado, Texas, Utah, California, and Mexico.

The virus has many qualities that make it a formidable threat. During an outbreak, anywhere from 40 to 100 percent of infected rabbits will perish; the afflicted southwestern states are currently reporting a mortality rate of around 90 percent. It can survive in the environment or within a recovered host for weeks to months and thrives at freezing temperatures. It also can’t be killed with soap.

“It can be carried on the feet of flies or on the feathers of birds or in the fur of scavengers, so it can just physically be moved around very easily,” Kerr says. “The virus can move in water and if it gets on dust it can move in the wind.”

There are several ways that we can protect pet buns. There is a vaccine for RHDV2, although it’s not currently licensed in the US and must be imported from Europe. By avoiding bringing in pine boughs for bedding or clover and grass as a treat, Kerr says, people can prevent their rabbits from coming into contact with foliage that infected rabbits or scavengers that have feasted on the carcasses of infected rabbits may have passed through.

Shielding wild and feral rabbits from the virus is another story. Before RHDV2 arrived, Washington’s San Juan Islands, which lie north of the Olympic Peninsula, were teeming with feral rabbits. “People say if you go to a meeting in the evening, the parking lot will have 150 rabbits in it—just wall-to-wall rabbits,” Kerr says. Visitors often turn pet rabbits loose or befriend and adopt friendly feral rabbits, she says.

When a pet rabbit on Orcas Island died suddenly with bloody discharge around his nose, officials sent tissue samples to the Foreign Animal Disease Diagnostic Laboratory on Plum Island off the coast of Long Island in New York. While awaiting confirmation that the rabbit had been infected with RHDV2, Kerr and her colleagues began receiving calls from people across the islands who were finding rabbits dead or had stopped seeing them entirely. During the die-off on Lopez Island, , Kerr says, “they just had a dead rabbit box where people were collecting carcasses.”

She and her colleagues have continued to monitor the disease. The ferries and docks now have signs prohibiting people from transporting rabbits, rabbit products, or rabbit equipment on or off the islands. The strain of RHDV2 that struck Washington last summer infected domestic pet and feral rabbits, but seemed to spare wild species. That’s not the case for the strain in the southwestern states, so Kerr and her team are on the lookout for wild rabbits that turn up dead of no obvious cause. They’re particularly worried about the Columbia Basin pygmy rabbit, which is endangered and thus may be especially vulnerable to the disease, and are vaccinating a captive breeding colony.

If RHDV2 devastates wild rabbit populations, there will be ripple effects across the ecosystem. When RHDV2 arrived in Spain, scientists saw sharp declines in wild rabbit populations within a few years. On the Iberian Peninsula, researchers suspect that the disease is imperiling the endangered Iberian lynx, whose diet is largely made up of rabbits. When the disease arrived, they noted a dramatic drop in rabbit populations in areas inhabited by the lynx, a decrease in the number of lynx cubs born in the wild, and a rise in the number of lynxes killed on roads, possibly because they were unable to find enough rabbits to eat in their usual territory.

Rabbits are food for many predators. They also keep weeds under control and fertilize plants, Kerr says. It’s possible that if their numbers plummet, hungry predators like coyotes could turn to pet dogs and cats.

“One of the key questions is, will we lose enough rabbits that they will become less available as a prey species?” says Deana Clifford, the senior wildlife veterinarian at the California Department of Fish and Wildlife’s Wildlife Investigations Lab. “The poor rabbits, almost everybody will eat a rabbit if they come across it.” In California, she says, the virus could pose a threat if it begins killing snowshoe hares, which are an important source of food for the highly endangered Sierra Nevada red fox.

Clifford and her team are planning to vaccinate a small number of riparian brush rabbits, an endangered species that is found only in very limited areas of the state’s Central Valley. However, this strategy won’t work for most species. “That’s not really feasible to do statewide,” Clifford says. “We just wouldn’t make a drop in the bucket with the number of rabbits that are out there.”

She’s also concerned about the state’s pikas—small, “conspicuously cute” mammals closely related to rabbits. “I’m hoping that because pika live at such high elevations that maybe … they will be just disconnected enough that the virus won’t get to them, but we don’t know,” Clifford says. “That’s the tricky part about this virus; it’s hard to predict how fast it will spread and where it will go.”

Since its emergence near Palm Springs in May, the virus has spread across southern California. Clifford and her colleagues are investigating reports of dead rabbits to track the virus’s progression, working with rabbit rehabilitation centers to tighten up their biosecurity measures, and advising researchers to wear personal protective equipment when they handle rabbits. They’re also encouraging people in affected areas to report sightings of both live and dead rabbits.

The COVID-19 pandemic has made tracking RHDV2 particularly complicated. “A lot of employees that would normally be staffing land where there’s wildlife are stuck in their homes,” Clifford says. “So it’s a challenge to monitor a disease when we don’t have as many eyes on the ground.”

On the other hand, the emergence of COVID-19 might indirectly have helped slow the disease’s spread in Washington by causing the cancellation of rabbit shows, where enthusiasts gather to exhibit their rabbits, and cutting down on travel, which would otherwise give the virus opportunities to hitchhike on people’s clothing, shoes, and tires. Kerr and her colleagues haven’t confirmed any new infections of RHDV2 since January, and rabbit populations have begun to recover on some of the San Juan Islands.

It’s possible that the disease will continue its march eastward and become endemic across the US. Kerr expects that some survivors will remain to help rebuild the population, but we may first see a significant dip in wild rabbits wherever RHDV2 spreads.

There’s not much we can do to prevent this from happening. “Our options are really limited once the disease is out there in the free-ranging populations,” Clifford says. “We’re going to have to let it play out.”

The best thing that people can do to help rabbits in the long run will be making sure these animals have clean water and abundant habitat so that their population will be resilient when new diseases come calling.

“It’s a reminder for me just how fragile our [ecosystem] is and how vulnerable our wildlife can be,” Clifford says. “It’s important for us to think about climate change and habitat management to try to reduce stressors on wildlife, because the same changes happening to us with novel pathogens are also happening to wildlife.”