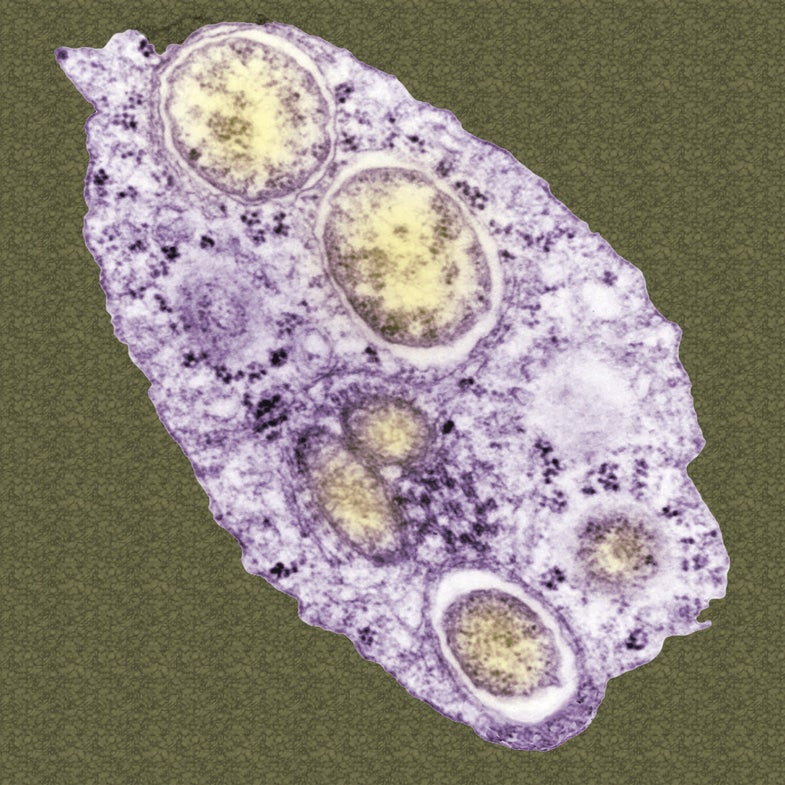 Preventing infections is a primary goal for any human. Thankfully, this is relatively simple with adherence to basic hygiene, personal distancing, and the use of barrier methods. But when the pathogen comes from an insect, rather than an animal or another human, the means of prevention can be a challenge.

In the case of Zika virus, the major route of spread is mosquitoes. The Aedes species carry the virus and then can infect anyone with a simple bite. This means prevention requires control actions beyond the usual methods. Long clothing and insect repellents are good for the individual while fogging is a common practice to protect the population. Yet they may not be sufficient to stop the spread of this virus, which is now considered to be a public health emergency.

There may be another, more natural option. Instead of using chemicals, the introduction of a bacterium into the population may help to curb mosquito populations. There is one particular genus, known as Wolbachia, that carries the potential to decimate mosquito populations by reducing their rate of reproduction.

To learn more about the bacterium and how it may be able to help in the fight against Zika (and other mosquito-borne diseases), I reached out to Dr. Gordana Rasic. She is a Research Fellow at the Pest and Environmental Adaptation Research Group located at the University of Melbourne’s Bio21 Institute in Australia. In her opinion, the bacteria may represent one of the best options to control mosquitoes.

“Wolbachia are promoted as a natural control method because these bacteria are already widespread in mosquito populations,” she says. “They manipulate their hosts’ biology and we can use these effects to reduce mosquito numbers in several ways.”

According to some estimates, the bacterium can be found in more than three-quarters of the insect species on Earth, representing one the most successful and abundant bacterial symbionts in nature. As Rasic explains, the bacterium also can be used as a pathogen thanks to its specialized mechanism to control mosquito reproduction.

“Wolbachia modify mosquito sperm and prevent normal embryonic development unless the same bacteria are also found in eggs. This phenomenon is called cytoplasmic incompatibility (CI). If you release large numbers of Wolbachia-infected males to mate with wild females that don’t carry this infection, CI will cause their offspring to die. Repeated male releases indirectly sterilize most females and lead to a population collapse.”

Cytoplasmic incompatibility has been known since the 1960s. However, when a similar version of this technique was attempted in the 1970s, the results were only partially successful. But for Rasic, this consequence of microbial infection is only one possible route to mosquito control.

“Another approach uses Wolbachia strains that replicate uncontrollably within insect tissues and eventually kill their host. One such strain known as popcorn was transferred from the vinegar fly to the most potent vector of Zika and dengue, the mosquito Aedes aegypti. This was done in order to reduce the mosquito lifespan and eliminate older females that are the biggest transmitters of viruses. Another useful feature of the popcorn strain is that it makes the mosquito resting eggs very sensitive to drought, which can be used to crash local populations during dry months.”

This two-pronged approach makes Wolbachia quite promising in terms of controlling mosquito populations particularly in fast-spreading epidemics like Zika virus. As for the process for introducing the species into a place like the Caribbean and Pacific Islands, Rasic envisions a straightforward protocol that could be initiated almost immediately.

“The first step is to spread a deleterious strain like popcorn throughout an entire mosquito population while a rainy season lasts. This is done by releasing both males and females with the popcorn infection. Infected males mate with local females and indirectly sterilize them through CI, while infected females pass on Wolbachia to their offspring regardless of whom they mate with. This creates a powerful drive that enables Wolbachia to invade a population.

“In the following dry season, adults die but their eggs remain resting in dry pots, barrels and other breeding containers, waiting for the next big rain. Normally, eggs would easily survive several months of drought, but the popcorn infection weakens their shell and the eggs die within weeks.”

Although this hasn’t been yet conducted in a large scale, Rasic’s colleagues have already performed field cage experiments to prove this method works. In a study from last year, they showed this technique can crash a population in regions with a pronounced dry season, leaving little chance for troubles in the human realm. In places like Brazil with significant precipitation throughout the year, population crash with male-only Wolbachia releases is a better option.

The use of natural pathogenic capabilities of Wolbachia may seem like the perfect choice for control. Yet, as with any ecological introduction, there is a concern for unintended consequences. For Rasic, this is not a significant issue primarily due to the fact the bacterium is widespread and more importantly, the pathogenic strain is not likely to spread outside of the target zone.

“Because of their detrimental effects to hosts, Wolbachia strains like popcorn cannot easily invade mosquito populations. You need to release large numbers of mosquitoes for about three months, and during this time you almost double the number of adults. Even though this increase is only temporary, it can be too unpleasant for people living in regions with already large mosquito populations. This is not an issue for the strategy that relies on male-only releases because male mosquitoes do not bite.”

The temporary nature of the introduction significantly helps to reduce the chances for ecological shifts other than the crashing of the mosquito population. The only drawback is the necessity for repetition. Yet, Rasic sees this as a good balance between immediate needs for public safety and long-term ecological sustainability.

“After you crash local mosquito populations, immigration of new mosquitoes into the area will determine how quickly the process needs to be repeated. Even though Aedes mosquitoes don’t fly more than a few hundreds of meters over their lifetime, they can be dispersed thousands of kilometers via airplanes, ships and other transportation means. Therefore, the Wolbachia-based eradication campaigns would have to be more frequent in areas that are not isolated or don’t have tight quarantine control.”

The promise of Wolbachia is great, yet in terms of the current epidemic of Zika, time is a significant priority. “Suitable Wolbachia strains for eradicating the main Zika vectors are already available,” says Rasic. But as she points out, there are other factors that could delay their use. “For field releases, we require local regulatory approval, time and resources to organize and execute the campaigns.”

Although this may mean the Zika wave in the Americas might not be halted by Wolbachia, Rasic does suggest the work may help to prevent the virus from becoming a pandemic. “The current Zika wave is spreading but it might be suppressed in certain parts of Australia, Indonesia and Vietnam, because previous Wolbachia releases immunized local Aedes aegypti mosquitoes against dengue viruses and their close relatives like Zika.”