The hemorrhagic fever has infected more than 1,000 in the Democratic Republic of Congo. 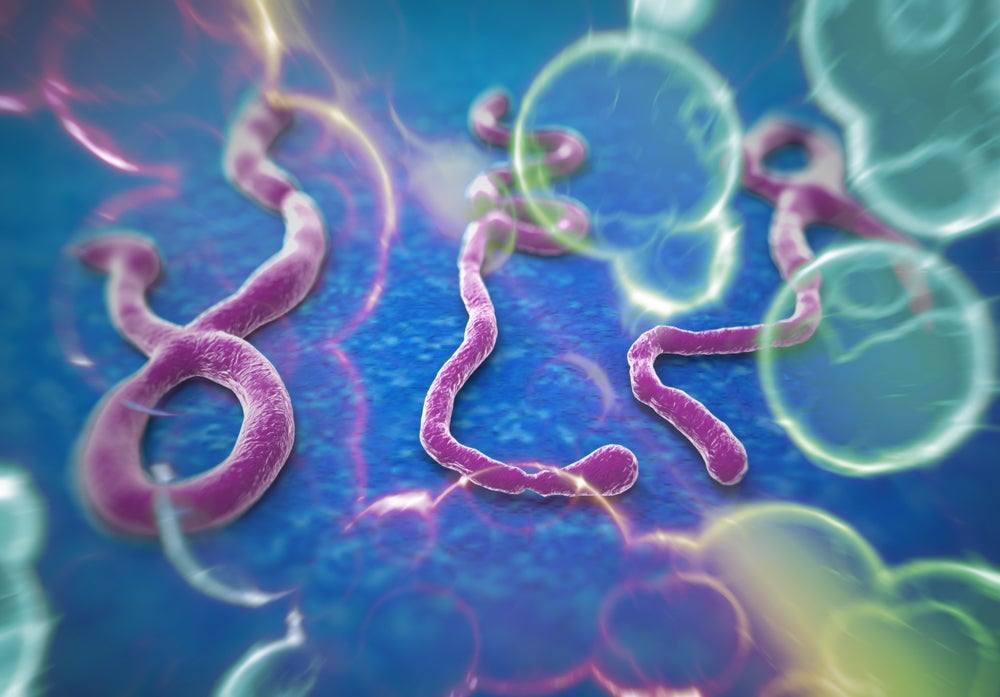 More than 1,000 people have been infected with Ebola in the Democratic Republic of Congo since August 2018, according to the World Health Organization. The hemorrhagic fever, which is concentrated in the provinces of North Kivu and Ituri, has killed 629 people as of Sunday. That makes it the second worst Ebola outbreak on record, after the one that began in West Africa in 2014, which infected more than 26,000 and killed an estimated 11,300 people over the course of two years.

Here’s what you need to know:

How does Ebola work?

Ebola is actually a group of viruses that appear to be spread by bats to humans and other primates such as apes and chimpanzees. It is transmitted through bodily fluids, including blood, poop, vomit, urine, breast milk, and semen. It can enter a person’s body through cuts in the skin, or through mucous membranes—tissues that line the eyes, nose, mouth, urethra, and vagina. At first, Ebola may seem like the common flu. Symptoms include exhaustion, aches and pains, vision problems, and stomach pain. But in most patients, Ebola quickly escalates to a full-blown hemorrhagic fever, which leads to bleeding, organ failure, and in many cases, death.

Ebola virus can spread through the most mundane human contact with an infected person, but it’s especially easy to contract when dealing with the bodies of the deceased. In many communities around the world, part of the grieving process involves washing and preparing a corpse for burial. In the West Africa epidemic of 2014-2016, this was a major cause of the disease’s spread, as doctors and public health officials struggled to persuade locals to forsake their traditional practices in order to prevent contamination.

It is possible, though difficult, to survive Ebola once infected. Doctors typically provide generic intensive care in order to maintain a patient’s homeostasis until the disease passes. This includes intravenous fluids, oxygen, and blood transfusions. Each outbreak is different, but the percentage of infected people who die has reached levels as high as 90 percent, with an overall fatality rate closer to one in two.

What we learned in the West Africa outbreak was just how good Ebola is at hiding. The typical onset of symptoms is eight to 10 days, but a 2016 study found that as many as 25 percent of cases went undetected. That means that a large number of asymptomatic patients—people who were infected but didn’t show outward signs of infection—exposed others without anyone knowing.

How does this outbreak compare to that one?

“It’s really worrying right now,” Karin Huster, who runs the Doctors Without Borders outpost in the Democratic Republic of Congo, told the UN’s Global Dispatch podcast on Sunday. Specifically, she says, 40 percent of new cases are people dying in their community, meaning they never arrive at a clinic and are taken care of at home, where they’re likely to infect friends and family. What’s more, Huster says that many sick people don’t have a “known link” to someone else with Ebola. That may be simply a matter of poor public health tracking, but it could also indicate other factors are at play, such as asymptomatic patients unknowingly spreading disease. “Things are not under control,” Huster said. “The way we’re doing things today is not working,” she later added.

An editorial in the journal Nature on Friday mirrored these concerns. “New cases are being diagnosed late, which means that the virus has ample time to spread,” the authors wrote. “Central to this problem is a lack of trust.” Anthropologists who have tried to assess the attitudes of the affected populations report that Ebola is seen as “a government scheme to marginalize people” or a way for high-powered officials and foreigners to profit off infected individuals, according to the editorial. This is further exacerbated by the political situation in the Democratic Republic of Congo, which has spent decades in internal armed conflict. As Huster noted on the Global Dispatch podcast, the Ebola treatment facility operated by Doctors Without Borders was partially burned down in February, after an attack by “unidentified assailants,” debilitating the organization’s ability to respond to the crisis.

This lack of trust and spotty information is deadly. The outbreak is, unfortunately, still in its early days, but it’s already killed 629 of the 1,000-odd individuals known to be infected. That’s a mortality rate of roughly 60 percent. While the United Nations, Doctors Without Borders, and other organizations are working hard to contain the disease’s spread, the outbreak is not likely to stop anytime soon.

Why don’t we have a vaccine?

We do! Since the West Africa epidemic, scientists have been working doggedly to develop a vaccine that would prevent the spread of Ebola. It’s been remarkably effective in trials, and almost 100,000 citizens and aid workers in the Democratic Republic of Congo and neighboring countries are now vaccinated, according to the World Health Organization. “Independent analysis of vaccination data indicate that the vaccine is protecting at least 95 percent of those who receive it in a timely manner,” WHO said in a press release.

But the thing about vaccines is that they’re meant to be preventative. They typically only protect you if you have one before you first encounter the disease. And you can’t just vaccinate one person. With a disease this contagious, you have to vaccinate their friends, and their friends’ friends—sort of like the “herd immunity” necessary to stop measles from spreading through elementary schools. Achieving such complete levels of vaccination is difficult against a backdrop of misinformation, distrust, and the ever-present economic realities of public health programs. (The World Health Organization, for example, is asking for $148 million to fund the next six months of response. It’s received just $74 million as of Saturday.)

No. Ebola is a devastating disease, but given its intimate method of infection, it’s not likely to spread globally. During the 2014 outbreak, Americans instituted “unscientific” quarantines on health workers returning from West Africa, and equally dubious travel bans became politically popular. This came as two nurses in Texas were infected with Ebola while treating a Liberian man who had contracted the disease abroad. The patient died, but both nurses survived. Craig Spencer, a member of Doctors Without Borders, was also diagnosed in the United States, after returning from treating patients in Guinea; he also survived.

Ultimately, this outbreak isn’t of direct concern to anyone but those living in the Democratic Republic of Congo and the healthcare providers caring for them. That doesn’t mean it shouldn’t matter. It means our reaction should be swift, generous, and free from anxious self-concern.