Meteorologists are wincing at the reappearance of this all-too-familiar myth. 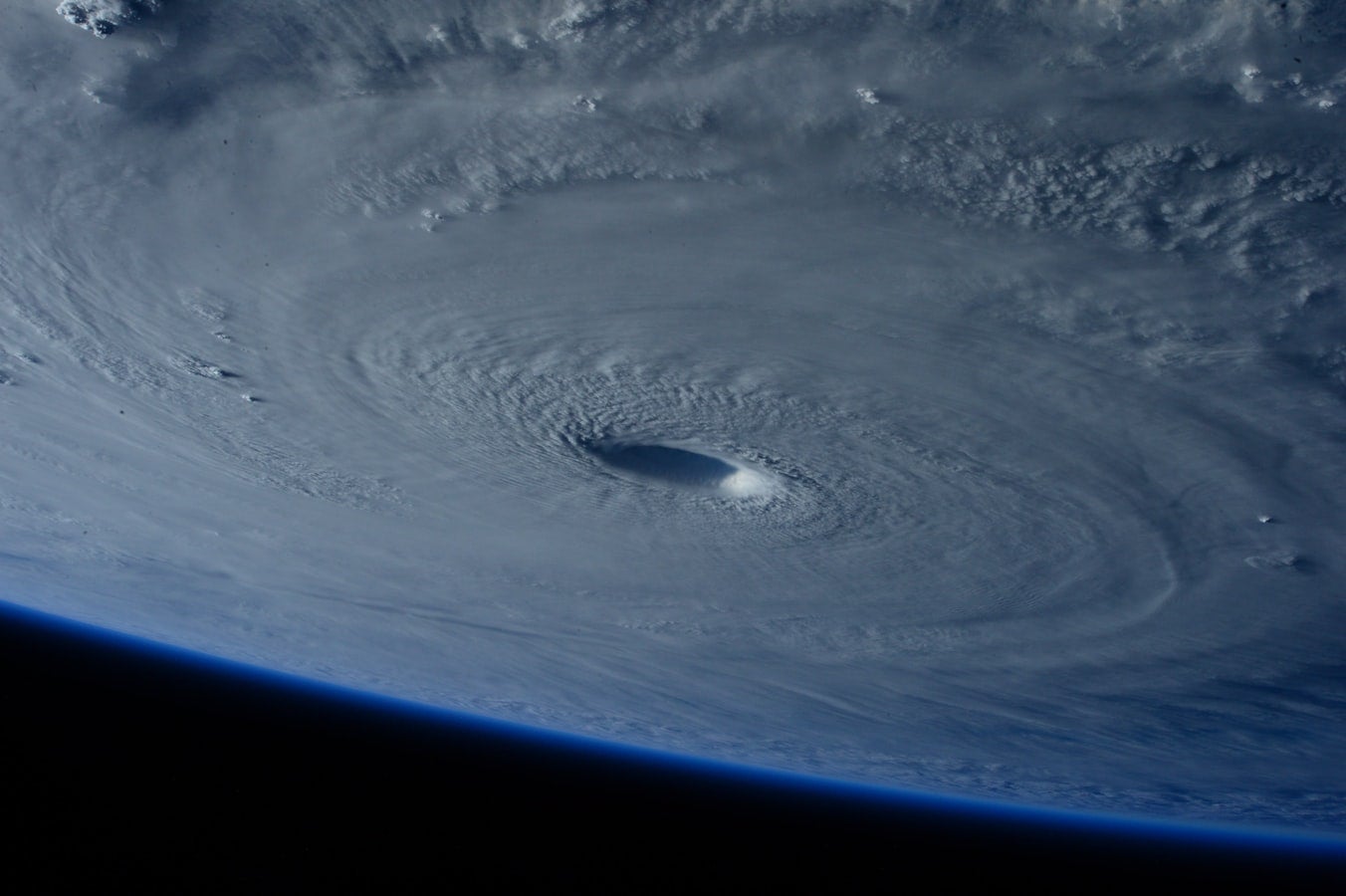 Every year, a handful of the wet weather events in the tropics swell into hurricanes. These monster storms crash into coastlines and can inflict billions of dollars of damage, earning their reputation as some of nature’s scariest disasters. They have the potential to kill thousands and wreak ongoing environmental and economic chaos. So why not try to hit them before they hit us?

Since the dawn of nuclear explosives, citizens and scientists alike have speculated that the government might be able to repurpose weapons of war as weapons of weather. Most recently, President Donald Trump asked why we couldn’t just nuke hurricanes out of the sky. Meteorologists are wincing at the reappearance of this all-too-familiar myth.

“It doesn’t make sense at all,” says Falko Judt, a meteorologist who specializes in hurricanes at the National Center for Atmospheric Research.

“It is a spectacularly bad idea,” says Gary Lackmann, a meteorologist and professor at North Carolina State University’s department of marine, earth and atmospheric sciences.

Okay, so the concept inspires the meteorological equivalent of a massive eye-roll. But why is the idea of nuking a hurricane such a dud—and what explains the myth’s longevity?

First, a refresher on hurricanes, AKA tropical cyclones. They’re among the most powerful storms on the planet, and with good reason: They harness the heat of Earth’s oceans and turn it into whirling tempests. Hurricanes are fueled by warm ocean water (at least 80°F throughout) and usually develop over tropical seas. They take place when a weather disturbance, like a thunderstorm, literally spirals out of control. The storm’s winds pull warm air toward it. As it interacts with warm sea water, the water evaporates and starts to rise. Clouds form above, and more air rushes into the low-pressure zone created below. Soon, the swirling mass gains momentum and begins to move, dragging water along with it and growing larger and larger until it hits land. It’s the weather equivalent of a steam engine that converts water into mechanical work.

The results can be terrifying. The low-pressure systems whip up winds and shove water toward the shore, where torrential rains and gales of wind crash into beaches, landscapes and people. Severe flooding, property damage, and loss of life follow.

We know hurricanes need warm ocean temperatures to get going. But how can you get them to slow down? That’s hard, Judt explains. To really stop a hurricane from forming, he says, you’d need to cool down the ocean, suck the humidity from the air, or blow strong winds against the grain of the storm. And the jury is still out on what really causes smaller storms to turn into hurricanes. Some smaller disturbances can peter out, but others get out of control quickly. The factors that tip the balance either way aren’t entirely clear. “We’re not really sure yet,” he says. “About 90 percent of precursor disturbances do not become hurricanes.”

Storm modeling has become more and more advanced over the years, and the dynamics occurring inside storms are being demystified by data-gathering daredevils who fly planes directly into their centers. But there’s still a way to go, says Judt, and many questions about storm dynamics and formation remain unanswered. Without knowing exactly what factors lead to runaway growth, it’s difficult to know exactly what methods might stunt a would-be hurricane’s development.

But Judt’s list of potential hurricane busters doesn’t include nukes, because nuclear weapons are puny compared to nature’s wrath. If you nuked a hurricane, he explains, the resulting shockwave would do nothing to disrupt the storm. “A nuclear weapon is very powerful, but it’s not nearly as powerful as the hurricane itself,” he says.

That’s an understatement. The massive energy inside a hurricane is the equivalent of a 10-megaton nuclear bomb exploding every 20 minutes, he says. During its brief lifespan, a single hurricane generates wind energy equivalent to half of the energy consumed by the entire population of Earth in one year. The energy it releases in the form of clouds and rain is the equivalent of 200 times world’s energy-generating capacity. It would simply take too many nuclear bombs to defang a storm, says Judt—and more than likely, the cyclone would just turn from a spiraling menace to a nuclear spiraling menace.

That hasn’t kept scientists from giving it serious consideration. During Project Plowshare, a program designed to test peaceful uses for nuclear explosives beginning in the 1950s, the U.S. detonated 35 warheads in the hope they could help with everything from mining to, yes, weather control.

Jack Reed, a scientist at Sandia National Laboratories, ran with the concept of halting a hurricane with a nuclear weapon in 1959. At the time, it was still unclear just how powerful a punch these storms could pack, and Reed was convinced that nuke-shooting submarines could reduce wind speed enough to kill the circulation that pushes storms ashore.

But though he called for a test of the concept, writes historian Vince Houghton, “Not a single person with any kind of authority was willing to even entertain the idea of nuking hurricanes. Later in life, Jack Reed bitterly chalked this up to his idea being ‘politically incorrect.'”

The incorrectness of the idea isn’t just a function of public mistrust of nuclear weapons. “Spreading around a bunch of radioactive contamination for no real reason doesn’t seem like a good idea to me,” says Edward Waller, a professor at the Ontario Tech Energy Systems and Nuclear Science Research Center who studies nuclear emergency preparedness and response.

Though it’s unclear just how much material a nuclear hurricane could spread, says Waller, it’s not something anyone should be prepared to risk. In the nuclear world, he explains, there’s a concept called “ALARA,” or “as low as reasonably achievable,” that calls for people to use as little radiation as possible in the name of protecting as many people as possible.

“There are justifications for using radiation all the time,” he says. “But if a task or if a process can be done without using radiation, you don’t [use radiation].” And if the laws of physics make it extremely unlikely that a nuclear warhead will circumvent a deadly storm, you don’t shoot one into the sky. Since the idea strikes storm experts as preposterous, there has been little ink spilled on how exactly a nuke-icane would play out as it hit land. But it’s easy to envision the potential outcomes. “Can you imagine radioactive rain from a nuclear hurricane?” asks Lackmann.

People who lived in Europe in 1986 don’t have to. That’s when the Chernobyl disaster belched a cloud of radioactive contamination that dispersed across virtually the entire continent. Areas that experienced rainfall during the disaster saw higher deposits of radioactive contamination, and people as far as Asia and North America were dosed with fallout, too. However, the health effects were mostly endured by those who were close to the reactor when it melted down.

Depending on where a hypothetical hurricane attack took place, some of the contamination might not hit land. But even if the rainfallout didn’t bring severe harm, says Waller, it could hurt people anyway. “It would be putting undue stress on the population,” he says. Large-scale evacuations could put lives at risk through accidents or leave vulnerable populations uncared for—and the sheer stress of worrying about the unknown effects of hurricane nukes could cause additional health problems.

People who live through hurricanes are already at risk for depression, anxiety, and PTSD, and those who are evacuated during natural disasters experience emotional and mental impacts, even when their homes don’t end up getting destroyed. After the hasty evacuation of people from the area near the Fukushima nuclear plant in 2011, for example, more than 1,000 people died, and displaced locals experienced a range of health problems due to the disruption.

Bottom line: The suggestion that scientists turn weather into war is past its expiration date. But thanks to the scary possibilities presented by the world’s ever-more-modern nuclear arsenal, it’s doubtful the cry to nuke clouds will die down any time soon.