The best—and worst—places to shelter after a nuclear blast

Avoid windows, doors, and long hallways at all costs. 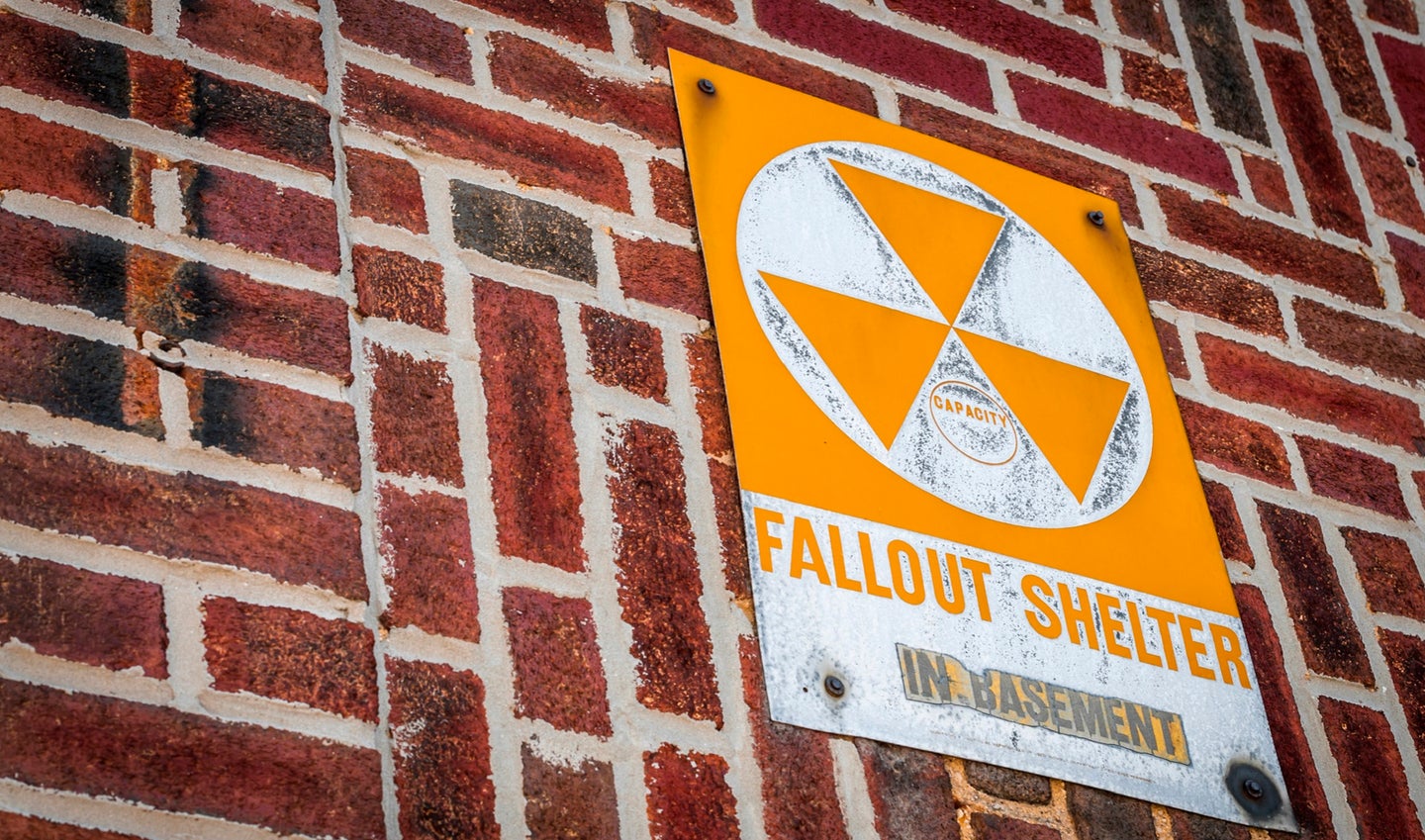 Basements work well as nuclear shelters as long as they don't have many external opening. Deposit Photos
SHARE

In the nightmare scenario of a nuclear bomb blast, you might picture a catastrophic fireball, a mushroom cloud rising into an alien sky overhead, and a pestilent rain of toxic fallout in the days to come. All of these are real, and all of them can kill.

But just as real, and every bit as deadly, is the air blast that comes just instants after. When a nuke goes off, it usually creates a shockwave. That front tears through the air at supersonic speed, shattering windows, demolishing buildings, and causing untold damage to human bodies—even miles from the point of impact.

[Related: How to protect yourself from nuclear radiation]

So, you’ve just seen the nuclear flash, and know that an air blast is soon to follow. You’ve only got seconds to hide. Where do you go?

To help you find the safest spot in your home, two engineers from Cyprus simulated which spaces made winds from a shockwave move more violently—and which spaces slowed them down. Their results were published on January 17 in the journal Physics of Fluids.

During the feverish nuclear paranoia of the Cold War, plenty of scientists studied what nuclear war would do to a city or the world. But most of their research focused on factors like the fireball or the radiation or simulating a nuclear winter, rather than an individual air blast. Moreover, 20th-century experts lacked the sophisticated computational capabilities that their modern counterparts can use.

“Very little is known about what is happening when you are inside a concrete building that has not collapsed,” says Dimitris Drikakis, an engineer at the University of Nicosia and co-author of the new paper.

[Related: A brief but terrifying history of nuclear weapons]

The advice that he and his colleague Ioannis W. Kokkinakis came up with doesn’t apply to the immediate vicinity of a nuclear blast. If you’re within a shout of ground zero, there’s no avoiding it—you’re dead. Even some distance away, the nuke will bombard you with a bright flash of thermal radiation: a torrent of light, infrared, and ultraviolet that could blind you or cause second- or third-degree burns.

But as you move farther away from ground zero, far enough that the thermal radiation might leave you with minor injuries at most, the airburst will leave most structures standing. The winds will only be equivalent to a very strong hurricane. That’s still deadly, but with preparation, you might just make it.

Drikakis and Kokkinakis constructed a one-story virtual house and simulated striking winds from two different shockwave scenarios—one well above standard air pressure, and one even stronger. Based on their simulations, here are the best—and worst—places to go during a nuclear war.

Worst: by a window

If you catch a glimpse of a nuclear flash, your first instinct might be to run to the nearest window to see what’s just happened. That would be a mistake, as you’d be in the prime place to be hit by the ensuing air blast.

If you stand right in a window facing the blast, the authors found, you might face winds over 300 miles per hour—enough to pick the average human off the ground. Depending on the exact strength of the nuke, you might then strike the wall with enough force to kill you.

Surprisingly, there are more dangerous places in the house when it comes to top wind speed (more on that later). But what really helps make a window deadly is the glass. As it shatters, you’ll be sprayed in the face by high-velocity shards.

You might imagine that you can escape the airblast by retreating deeper into your building. But that’s not necessarily true. A window can act as a funnel for rushing air, turning a long hallway into something like a wind tunnel. Doors can do the same.

Not everywhere in the house is equally deadly. The authors found that, as the nuclear shockwave passed through a room, the highest winds tended to miss the room’s edges and corners.

Therefore, even if you’re in an otherwise dangerous room, you can protect yourself from the worst of the impact by finding a corner and bracing yourself in. The key, again, is to avoid doors and windows.

“Wherever there are no openings, you have better chances to survive,” says Drikakis. “Essentially, run away from the openings.”

Best: a corner of an interior room

The best place to hide out is in the corner of a small room as far inside the building as possible.  For example, a closet that lacks any openings is ideal.

The “good” news is that the peak of the blast lasts just a moment. The most furious winds will pass in less than a second. If you can survive that, you’ll probably stay alive—as long as you’re not in the path of the radioactive fallout.

These tips for sheltering can be useful in high-wind disasters across the board. (The US Centers for Disease Control currently advises those who cannot evacuate before a hurricane to avoid windows and find a closet.) But the authors stress that the risk of nuclear war, while low, has certainly not disappeared. “I think we have to raise awareness to the international community … to understand that this is not just a joke,” says Drikakis. “It’s not a Hollywood movie.”