We finally know why Venus is absolutely radiant 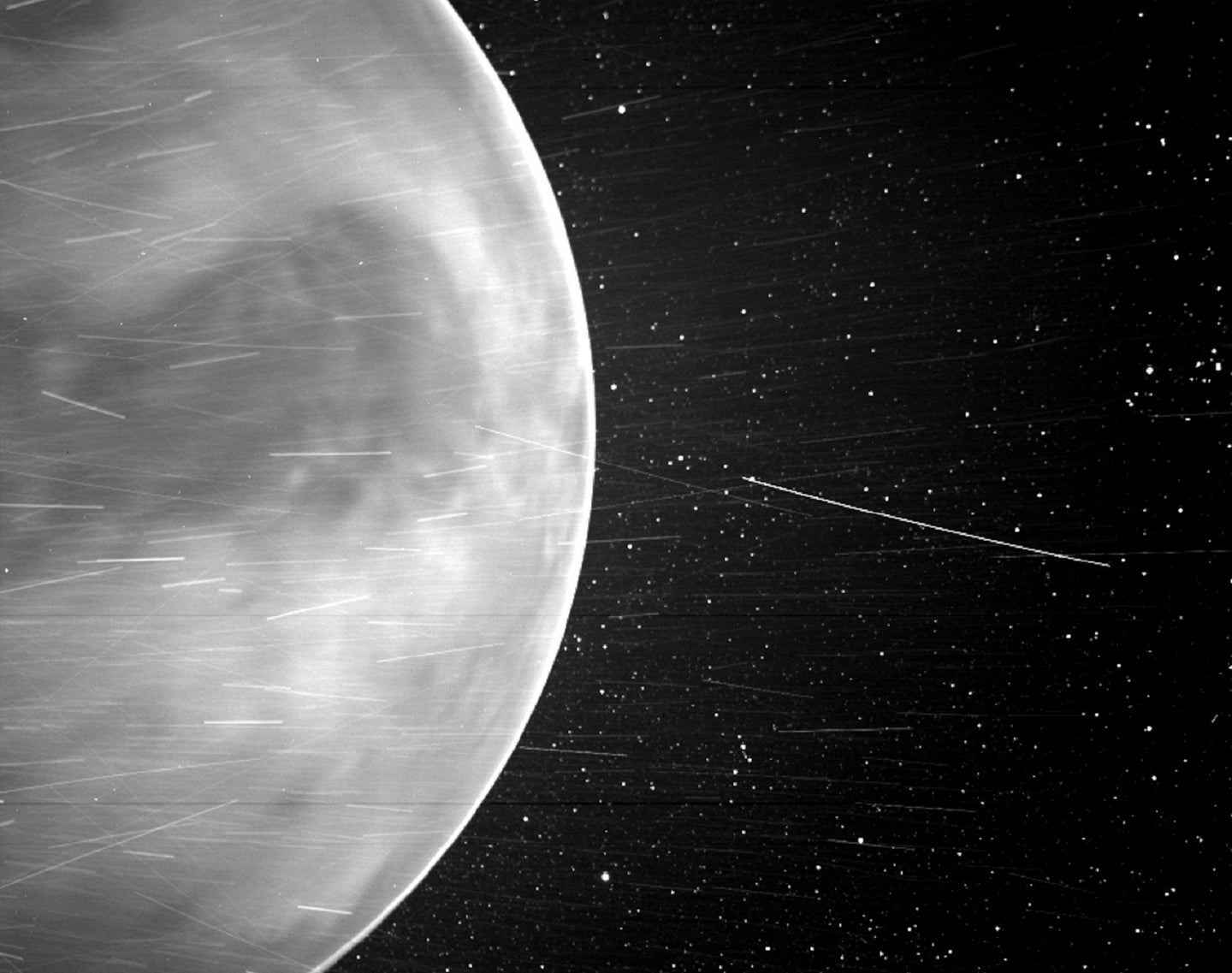 Venus is known as a beautiful and brilliant planet. But, until recently, we hadn’t even seen it in the right light.

Back in July 2020, the Parker Solar Probe snapped the first-ever images of the Venusian surface in full visible light. It took a similar set of images during a February 2021 flyby. Now, astrophysicists have finally analyzed those visuals to get a better sense of the planet’s cloudy atmosphere and shrouded landscapes.

In the report, just published in Geophysical Research Letters, a team from the Naval Research Laboratory, Johns Hopkins University, and the NASA Goddard Space Flight Center described two types of light captured by the probe: surface and night glow. The surface glow comes from hot minerals on Venus’s terrain, while the night glow is emitted by gassy molecules in the air. The combination gives the planet a halo-like ring that’s visible to humans (should they ever fly by too).

“The surface of Venus, even on the nightside, is about 860 degrees Fahrenheit,” Brian Wood, an astrophysicist at the Naval Research Laboratory, said in a NASA statement. “It’s so hot that the rocky surface of Venus is visibly glowing, like a piece of iron pulled from a forge.”

Parker’s February images were also the first to fully capture the planet’s surface on its nightside. In the process, its cameras detected a wider range of light wavelengths, including some from the infrared spectrum. All together, the visuals help confirm earlier observations from missions like Venera 9 in the 1970s, Magellan in the 1990s, and Akatsuki in 2016. The new analysis concludes that previous temperature readings and topographical maps for Venus are more or less correct. But the flyby images also explain a long-held legend on the “morning and evening star”—the name some skywatchers use for the planet.

“There have actually been many reports of faint emission from the Venusian night side from credible amateur and professional astronomers, dating back to the 1600s,” the authors write in the paper. “This ‘ashen light’ phenomenon, as it has come to be called, has never been successfully imaged, however, leading to the suspicion that the phenomenon may be an optical illusion.”

But amateur and professional astronomers should still gaze into the heavens to see Venus shimmer, the authors suggest. “The excellent dynamic range of the human eye might give the eye an advantage over electronic detectors in discerning something very faint near something so bright, but only reproducible images can provide a truly convincing detection,” they write in the study.

Parker will conduct three more Venus flybys between now and November 2024 (though only one will be on the nightside). Also on the docket are the NASA Davinci and Veritas missions, which will carry a similar set of imaging tools that can detect a wide range of wavelengths.