Alien Planets With Super Salty Oceans Could Be Habitable 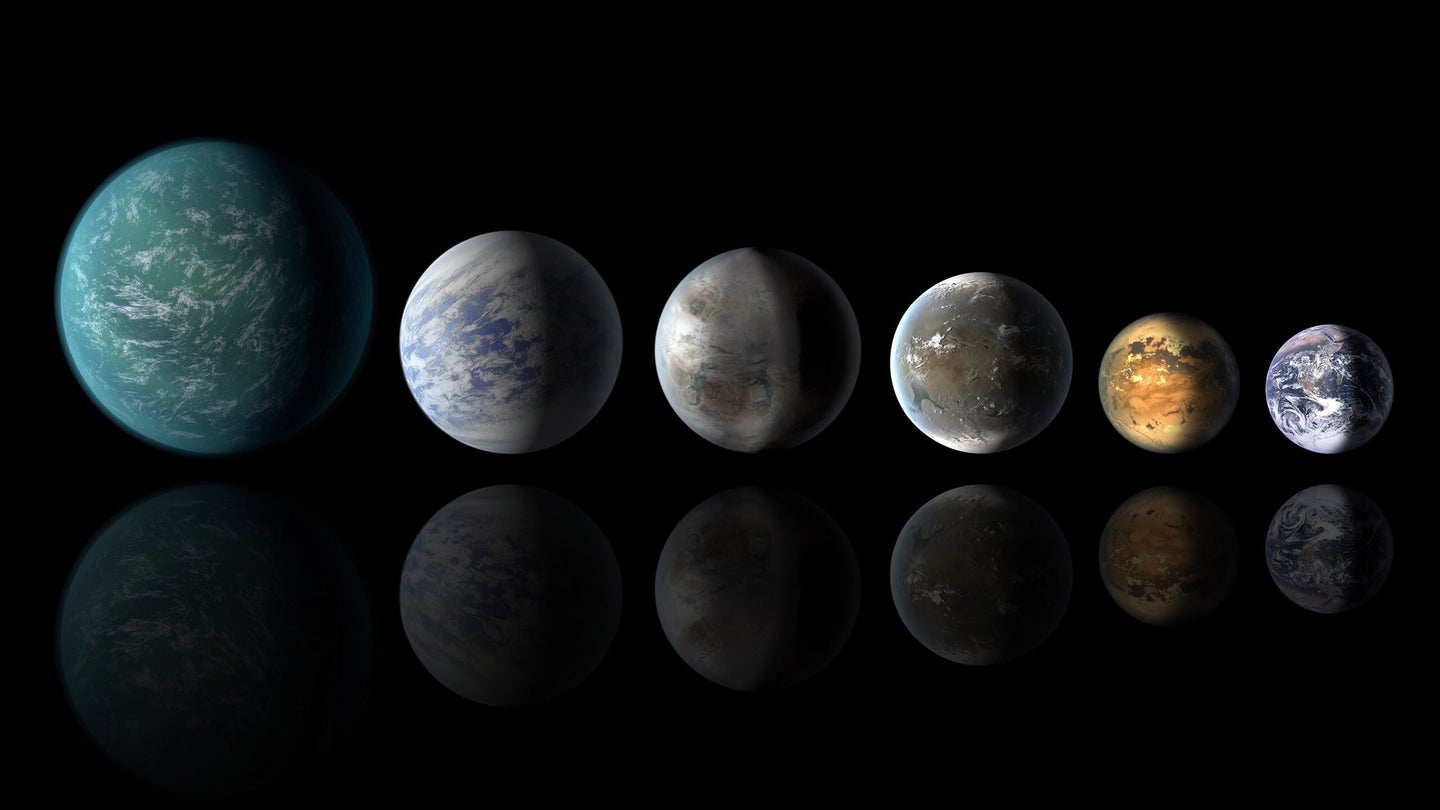 Imagine a world that’s just like Earth, except for the salt content of the oceans. That tiny change could cause the poles of the planet to warm up, and its equator to cool, potentially making an uninhabitable planet habitable after all.

In a study published today in PNAS, researchers describe the possibility of exoplanets having a completely different pattern of ocean circulation from Earth, all because of a change in salinity.

Here on Earth, the water of our oceans moves in a vast conveyor belt, driven by changes in temperature and salinity, or the amount of salt in the water. Both factors affect the density of ocean water. On Earth, as the warm currents of the Gulf Stream reach the Arctic, they cool and sink, concentrating salt water into a supercooled briny current that flows along the ocean floor down towards the South Pole where more currents eventually bring those cold salty waters back up towards the surface. They eventually warm up, and start venturing north again, this time on the surface of the ocean.

But by significantly increasing or decreasing the salinity (both variations are enough to cause chaos) of oceans, researchers found that the currents on a hypothetical exoplanet might reverse, changing the planet’s climate entirely.

“Our research shows that oceans on other planets with a much higher salinity could circulate in the opposite direction–with polar water flowing towards the equator at the surface, sinking in the tropics and traveling back towards the poles at depth. We also found a similar pattern emerging for freshwater oceans.” Manoj Joshi, an author of the paper said “These circulation patterns are the opposite of what happens on Earth, and would result in a dramatic warming in the polar regions.”

That’s important, because it opens up a new possibility for planets that astronomers once thought would be outside a star’s habitable zone. A world without cold polar regions might be able to have liquid water, even if it was further away from its Sun.

That doesn’t necessarily mean that there is an exoplanet out there that matches the inverted model that the scientists came up with.

“Of course, on any given exoplanet, many other properties are likely to differ from their Earth-like values, some of which may also have a significant influence on ocean circulation – such as tidal forces, planetary rotation, ocean depth and the location of continents.” Jodie Cullum, lead author of the paper said. “But this is important work which will help us better understand the habitability of distant planets in more accurate detail than ever before.”