How to become an asteroid prospector

Though commercial operations are at least a decade away, career opportunities in asteroid mining are here today, experts say. 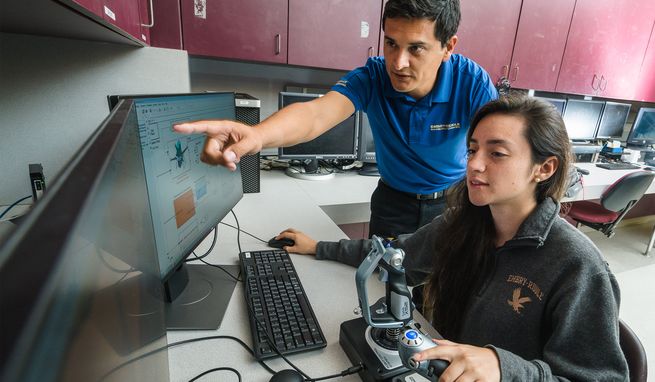 This article originally appeared on FlyingMag.com.

With the first mission to bring material from the asteroid belt back to Earth underway, the longtime science-fiction staple of commercial asteroid prospecting and mining has put its “now hiring” sign out for tomorrow’s industry professionals, including those with “a solid background in orbital mechanics, asteroid astronomy, chemical engineering and patience,” says Dante Lauretta, of the University of Arizona.

A professor of planetary science, Lauretta is principal investigator for NASA’s OSIRIS-REx asteroid-sample-return mission, whose space vehicle will rendezvous with the asteroid Bennu in 2018 and bring a sample from its surface back to Earth for analysis. More than 150 students at the University of Arizona are taking part in the project, supplementing NASA’s research team.

Pay dirt for asteroid miners is water. “A prime commodity is the rocket fuel we could extract from water on these asteroids,” which will propel interplanetary exploration, Lauretta and other asteroid-mining pioneers say. Only a small percentage of asteroids have significant water content, so “prospecting is the first phase” of exploitation, and OSIRIS-REx will demonstrate its feasibility, opening a path for commercial enterprises.

Due to the combined effects of an asteroid’s partial gravity and solar radiation, “flying a vehicle around a small asteroid is the greatest challenge,” says Lauretta, and will require “robotic prospectors for the foreseeable future.” At Embry-Riddle Aeronautical University (ERAU), Hever Moncayo, an assistant professor of aerospace engineering, is leading graduate students in Phase II of a NASA-funded research project aimed at refining the autonomous capabilities of mini spacecraft to operate in such partial-gravity environments. “Autonomous here refers to the capability of a system to recover from extreme environments, to adapt and to make decisions in an intelligent way,” says Moncayo. The “marsupial-based” prospecting missions envisioned would deploy “hundreds of free-flying mini spacecraft from the mothership” to scout for resources.

Working with drone manufacturer Honeybee Robotics, ERAU is now developing a partial-gravity test-bed for mounting its small sampling systems, and validating its guidance, navigation and control algorithms for autonomously operating such craft. As for the academic training the work requires, “All these students have different skills,” Moncayo says of his team, while citing mechanical, electrical, aerospace, computer and autonomous-vehicle engineering among the disciplines the industry will need.

Legal concerns about ownership of interplanetary resources have been largely answered by passage in 2015 of the Spurring Private Aerospace Competitiveness and Entrepreneurship (SPACE) Act, which recognizes the rights of U.S. citizens to own and exploit asteroid resources they obtain, stimulating investment in the industry.

Today, several commercial asteroid-mining ventures are active. Planetary Resources, of Seattle, plans to launch an asteroid-prospecting mission in 2020. (It currently has postings for more than a dozen engineers and technicians, including chief scientist, director of electrical systems, propulsion-system engineer and subthermal systems engineer.) Another, California’s Deep Space Industries, with backing from the government of Luxembourg, has two mining missions planned: The Prospector-X spacecraft will test its deep-space mining technology on a low-Earth-orbit platform; and Prospector-1 will land on and study a near-Earth asteroid.

Lauretta, Moncayo and other experts estimate commercial mining operations are 10 to 20 years in the future, but opportunities in the interim appear limitless.

This article was originally featured in Flying Magazine