It’s time to stop pinning our hopes on pseudoscience. 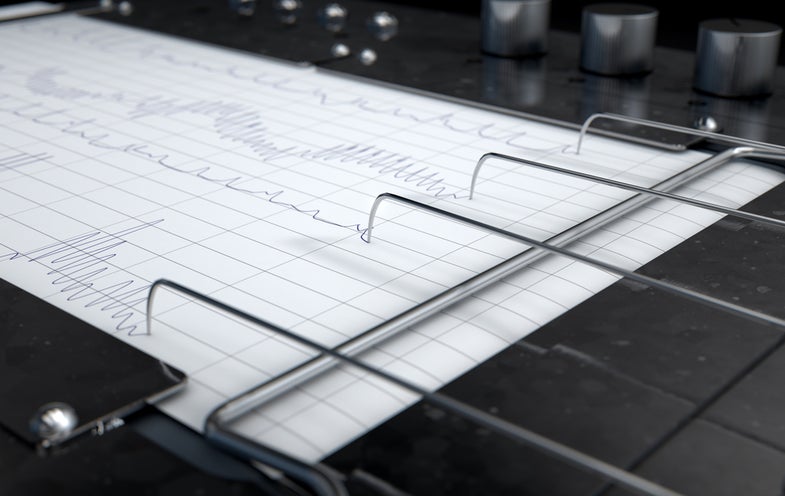 The polygraph, historian Ken Adler wrote, has long been treated as “America’s mechanical conscience.” People turn to the machine in times of crisis, demanding clarity from the biomedical readouts, hoping something as simple as a heart rate can distinguish what’s true from what’s false. Individuals with evidence on their side still feel compelled to take these tests to appease the larger public—and those with the evidence stacked against them hold up polygraph results as if they trump the obvious truth.

Yet, for almost as long as there have been polygraph tests, there has been evidence that the machines don’t really work. “There is no lie detector, neither man nor machine,” the first empirical review of the machinery concluded in 1965, a view that has been supported by every scientific publication on the topic since. Except in very rare (and often worrisome) circumstances, the results of a polygraph are not admissible in court in the United States. And the test’s overall uselessness has been publicly revealed time and again: Green River Killer Gary Ridgway passed a lie detector test in 1987, delaying justice for almost two decades.

So why do we keep strapping in? It seems our endless search for the truth makes us vulnerable to a few pernicious lies.

How it (doesn’t) work

Since its inception almost 100 years ago, the polygraph has remained largely unchanged. Really three tests in one, the polygraph concurrently monitors cardiovascular, respiratory, and electrodermal outputs of the human body. A blood pressure cuff monitors the blood flowing in and out of your heart, and a second apparatus measures pulse. Rubber tubes placed on the chest track air entering and exiting your lungs. Finger plates track the sweat seeping through your skin.

These biometric results are accurate, says John Synnott, a lecturer in investigative and forensic psychology at the University of Huddersfield. But it’s the interpretation—the leap from the physical data to the psychological motive—that so often fails. “When people say the polygraph doesn’t work, I’d call [them] on that,” Synnott says. “The polygraph always works, because all the polygraph does is measure physiological output.” But, he says, it’s never “detected” a lie.

Writing in a 2015 paper in Crime Psychology Review, Synnott and his colleague Maria Ioannou summed up the uncomfortable truth at the center of the polygraph: “When individuals actively attempt to detect deception, their accuracy levels are barely above chance.”

Psychologist William Moulton Marston (also known for creating Wonder Woman) invented the systolic blood pressure test and, in an article published in the early 1920s, claimed he could deduce the emotional states of some of his research subjects based on changes in this reading. Across the country, John Larson, a Berkeley, California police officer and trained physiologist, decided to build a machine incorporating the blood pressure test and several other metrics to use in investigations. One hope, Alder notes, was to reduce police brutality by providing an impartial, non-invasive judge of character.

Many law enforcement officials were enthusiastic about the test, but the 1923 Supreme Court case Frye v. United States put the breaks on the polygraph’s applicability in court. It ruled that the device could only be used if one day it gained wide approval from the scientific community—which never really happened.

Today, police and national security agents still employ the test as a way to rule out or identify suspects (hopefully with greater accuracy than they had with the Green River Killer). But according to Alder, most of the machine’s success can be described as a sort of psychological placebo effect. “Good lie detector operators are very skilled interrogators,” he says. “It isn’t that the device itself is a good technology; that’s sort of to misdirect.”

Most of the time, Alder says, the polygraph is “used as a publicity stunt” or in fiction. Almost every cop show has a scene with a lie detector test. Some, like Brooklyn 99, where the cop realizes the person under investigation only passed the polygraph because he—the investigator—was asking the wrong question, are nuanced. But most, like Vanity Fair‘s popular video series “[Celebrity] Takes a Lie Detector Test” garner tens of millions of views on the incorrect assumption that reading, say, Jennifer Lawrence’s cardiovascular activity is equivalent to reading Jennifer Lawrence’s mind.

The ability to definitively distinguish truth from lies will always hold an allure. “We believe in the lie detector test,” Alder concluded in his book, “because we long for a form of justice that is swift, certain, and non-coercive… [and] because we expect that science can and will pierce the veil of earthly appearances.” But after 100 years of mixed results, it’s time to acknowledge the human conscience will neither be perfected nor mechanized.