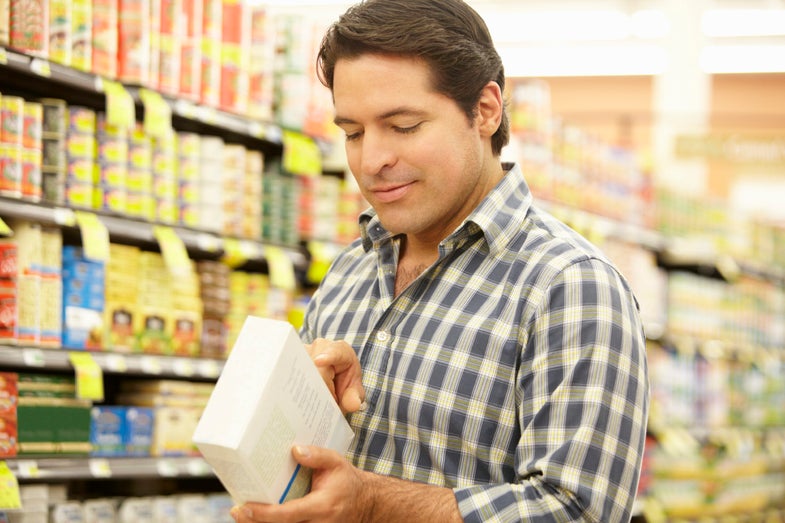 Back in 1994, the FDA decided to regulate a word that began popping up on food packages across the country: healthy. At the time, fat was America’s pariah fuel source and as such, these new “healthy” labels mostly dominated foods that were low in fat, letting foods high in added sugar slip through the cracks as “healthy.” Now, as more and more research shows the health implications of eating too much sugar, the FDA is stuck scrambling to find a work around.

At the end of September, the agency announced that it would begin the process of redefining its official meaning of healthy, and would take into consideration public opinion. However, nutritional and medical experts as well as public health policy specialists say that the real root of the problem may actually be the word itself. They argue that defining healthy should not, and perhaps cannot be done.

In September, a paper published in JAMA revealed that in the 1960s, as research started coming out that linked sugar and fat to a host of health conditions, sugar interest groups began funding and publicizing research that focused only on the latter link. Diet fads came to capitalize on that data, and turned “fat” into a four-letter word.

The end result of having more and more publicized research on fat, reiterated ad nauseum by dietary trends, was that sugar came to fly under the radar. This has long been reflected by the FDA’s guidelines for “healthy” labels, whose inflexible stance on fat led KIND, a brand of granola bars, to make a complaint that it couldn’t label its product “healthy,’ but fat-free pudding and sugary breakfast cereals could.

According to Nutrition Policy Institute Director Pat Crawford, the guidelines also give little consideration to the paucity of phytonutrients in processed food. And even figuring out what constitutes a healthy amount of such nutrients is difficult. “When you fortify products and claim that they’re healthy, the degree to which it’s healthy is dependent on the total diet.”

Christopher Gardner, a professor at Stanford University’s medical school, says that just using the word healthy itself is wrong as “it sets up a false dichotomy of yes or no.” The World Health Organization defines “health” as “a state of complete physical, mental, and social well-being and not merely the absence of disease or infirmity.” Healthy can be understood as that which helps to maintain the above condition, but as environmental law professor Jason Czarnecki notes, it’s more relative: “What is healthy for you may not be healthy for me.”

Simply put, “healthy” is hard, and having one fixed definition for all foods is inaccurate. As it stands, a food company can simply fortify its foods and be deemed “healthy.”

As Yale-Griffin Prevention Research Center Director David Katz tells Popular Science, under a broad definition, a fortified cereal that “provides 100 percent of the [recommended daily amount] for many nutrients…could wind up outscoring broccoli, or blueberries, or wild salmon, or walnuts. That just doesn’t make sense.”

However, many nutrition scholars like Katz and Crawford see it being possible to make stratified guidelines for a “healthy” label that score types of food differently.

That may end up being the route that the FDA takes, but at the moment, it’s taking comments from interested parties who want to advise on how to define “healthy.” During this period, as Katz contends, “we can expect the beef industry to make the case that all meat should be called ‘healthy,’…perhaps the soda companies will argue that at least diet soda should be ‘healthy.'” Looking to past comment periods, a significant 41 percent of the unique comments submitted on whether or not the FDA should include added sugars on nutrition labels, represented food industry interests.

But if the word of the nutrition scholars that Popular Science has spoken to is any indication, researchers will be debating for an evidence-based conclusion, and they hope others will do the same. A sizable body of research on food marketing points to us implicitly trusting labels with positive connotations, like natural, organic, hormone-free, and even just the color green, as signifiers of food’s nutritional value–regardless of such terms’ scientific merit. Healthy not only comes with marketing and cultural value, but plenty of potential for pseudoscientific abuse.

“The instant any kind of ‘label claim’ is legitimized for use, it is open season for being gamed for profit,” says Stanford’s Gardner–which is why many nutritionists are leaning toward getting rid of not only “healthy,” but all labels that make health claims. “When it comes to food labels,” nutrition and sociology professor Marion Nestle says, “[words like] healthy and natural are marketing terms.”

So where does that leave us? Well, if you want to speak up for an evidence-based healthy label, or argue to get rid of it, you can submit comments to the FDA, at its website. At the end of the day though, in Gardner’s words “the healthiest foods don’t have labels.” Besides, who needs healthy food when the season of New Year’s resolutions and new workout plans is still around the corner.