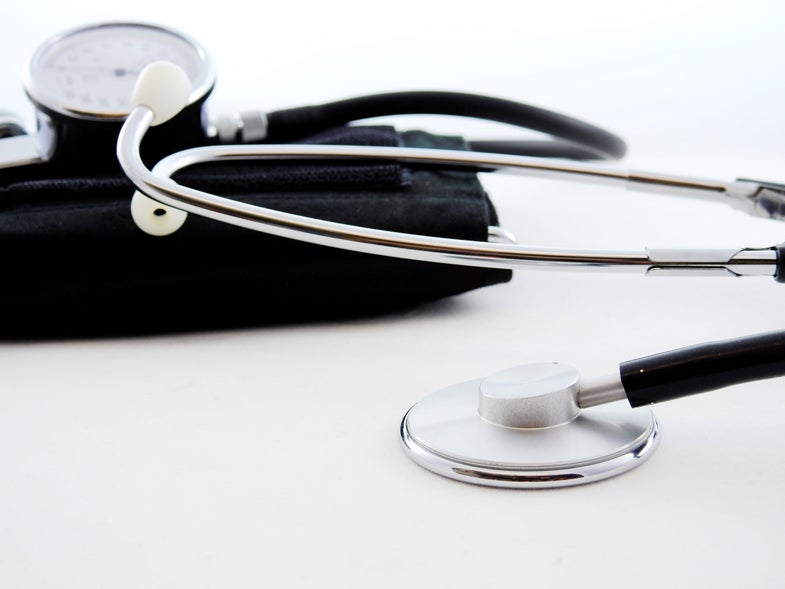 ‘FDA approval’ has a certain glow of authority to it. In most people’s minds to be FDA approved is to be safe, effective, and proven. Or at least, it technically is. Technically, FDA approval is a stringent process that requires a degree of proof. You might like to think that you couldn’t get away with claiming something went through that process if it never really did. But you’d be wrong. And if you wanted to, say, market an unproven negative ion bracelet as a treatment for ‘harmful’ electromagnetic fields that aren’t actually harmful, you could totally get away with it.

Case in point: Noproblem ion balance bracelets. That semi-random jumble of words might sound silly to you. To its customers, though, it’s nothing to laugh about. To them, this simple loop of silicone and tourmaline helps them feel better, because Noproblem promises what every snake oil treatment does: a solution to a problem you didn’t know you had. Do you feel generally tired? Do you sometimes have trouble concentrating? Don’t worry—these aren’t symptoms of being a human being in the 21st century. These are symptoms of electromagnetic field poisoning. And hey, you can do something about that! You can buy this bracelet. Did we mention it’s FDA approved?

The FDA plays it fast and loose with some devices

Unlike medications or even most other medical devices, class I items don’t have to bear the burden of proof. That’s the legal term for having to show that your product does what it says on the tin. If a company wants to market a replacement heart valve, it first has to show that its product really can replace a heart valve—that’s the burden of proof. If that same company wants to market a cane to support elderly patients who just had heart surgery, it doesn’t have to show that its cane can adequately support people (though there are other safety regulations they have to abide by). And that makes sense. It would be silly to do a clinical trial proving the efficacy of a glorified stick. A cane with a suboptimal hand grip isn’t likely to do anyone serious harm, and that’s what makes it a class I medical device.

Class I devices are deemed to be so low risk that they don’t require significant regulation. Floss, for example, doesn’t need to be formally approved by the FDA before it can be marketed as being good for your dental health. It has to be registered with the FDA so that they’re aware of who’s trying to market dental health products, but no one is too concerned about the dangers posed by unregulated floss. Worst case scenario, you make your gums bleed (and let’s be honest, that happens anyway).

The Noproblem bracelet gets away with claiming to be “FDA approved” for the same reason that floss could, if it really wanted: they’re both registered as class I medical devices. They’re so unlikely to cause harm that the FDA is willing to hand them registration numbers willy-nilly. Noproblem’s manufacturer, New Genius Ltd., filed for a device classification by claiming that a negative ion-producing bracelet counted as an external limb prosthetic component, thus qualifying it for class I status. Bracelets might not seem like prosthetic components, especially since they can be worn by people with all four limbs intact and fully functional. Yet when New Genius Ltd. submitted their “Negative ions and far infrared bracelet” registration, the FDA went ahead and gave them a number because that’s what they do—it’s a self-registration process, not one of approval. Everyone who fills out the form properly gets a number.

It didn’t matter that none of the health claims they’re making are true. The FDA isn’t concerned with the health benefits as long as the bracelet isn’t going to hurt anyone and it’s not their job to enforce good marketing practices—that’s up to the Federal Trade Commission. So New Genius Ltd. can say on its website that “Positive ions are absorbed into the body from cell phones, wireless technology, electrical devices and pollution on a daily basis, causing severe damage on a cellular level,” and that “positive ions are said to interfere with our natural balance and can lead to tiredness, lack of concentration and muscle fatigue”. They can say that because people are unlikely to come after them for saying it. And that means they get to promote their product using total pseudoscience while simultaneously claiming to be approved by one of the best-known scientific authorities in the country.

The truth is that you’re dependent on positive ions to survive. Calcium and sodium are two of the most important ions to your body—they’re how your neurons communicate with each other. Both have to exist as ions in order to move around your cells. And the supposed source of those ions, electromagnetic radiation, isn’t actually harmful. Countless studies have proven that cell phones and power lines don’t cause cancer or fatigue or any other ailment. If they did, you’d expect the people who work on high-powered electrical lines to get those diseases at higher rates than the average person. They don’t.

Technically, New Genius Ltd. is using misleading marketing. They’re not really FDA “approved,” they’re FDA registered. But the root of the problem is that they were ever even that. There are enough loopholes for obvious pseudoscience to be called a medical device, and it doesn’t matter if it’s just a harmless bracelet or that the FDA never really “approved” it in the first place. People are fooled. They waste money on bogus solutions to fake problems. Giving snake oil peddlers an FDA registration is like handing them a shiny plaque to display on their wall. Most people aren’t going to look any closer—all they’ll see is the stamp of authority. But we have to look closely. We have to question those who purport to solve problems easily. We have to investigate their claims. Because apparently, the FDA won’t.

Note: This article has been updated to clarify the FDA’s role in the registration process and in the monitoring of truthful marketing.