Probiotics are drugs, so we should test them like drugs

Only a few probiotic pills have actually been proven to work, despite all the health claims supplement companies make about them. 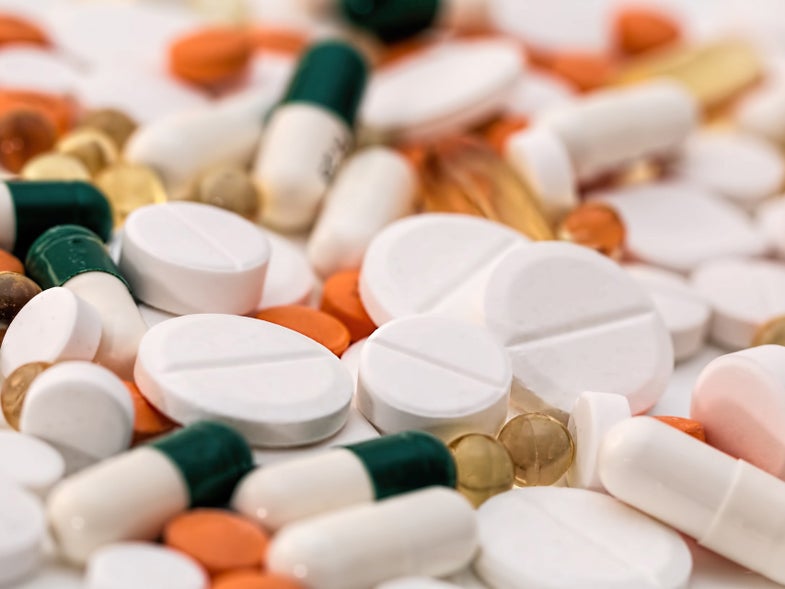 A new study that found some probiotics make certain infections worse highlights why it's important to rigorously test probiotics before they hit the market. Pixabay
SHARE

Bacteria used to have an almost unanimously negative connotation. For good reason: The microscopic beings caused infections that made us ill and often killed us. It wasn’t until recently that scientists realized far more bacteria help keep us healthy than make us sick.

We soon learned that our bodies are an entire ecosystem teeming with bacteria, the majority of which reside on our skin and inside our guts. They help digest our food, keep our bowels moving, and when they can, prevent those disease-causing bacteria from making themselves at home.

We also found that some microbes are even more influential than others. Bacteria like lactobacillus and bifidobacteria, which are the organisms found in fermented foods like yogurt and kimchi, are thought to make our guts healthier. This is where the whole idea of probiotics comes from. Store shelves are now filled with probiotic supplements with various claims about our health. But, as we’ve reported before, the pills you buy in the store are mostly unregulated, meaning that, like homeopathic supplements, they don’t need to go through that painstaking FDA drug approval process that forces companies to prove that their product actually is what it says it is and effectively treats the conditions it claims to treat. In fact, there are only a few probiotic supplements out on the market today—Align and Culturelle, among a few others—that have gone through clinical trials to prove they work.

It’s easy to assume that the rest are benign at worst. They’re just bacteria, after all. Unfortunately, that’s not the way our microbiomes work. For the same reason that harmful bacteria can easily take over our guts, supposedly healthy ones can, too. In a study out today in the journal Applied and Environmental Microbiology, researchers report that a probiotic intended to treat a parasitic infection in mice actually made the infection worse.

The researchers were attempting to find new methods to treat Cryptosporidiosis, a major cause of infant diarrhea, especially in the developing world, that’s brought on by a parasite called Cryptosporidium parvum. They gave the mice Lactobacillus reuteri, a commercially available probiotic supplement, to see if the probiotics were able to shift the bacterial ecosystem back to its more normal, healthy state. A properly functioning microbiome should be able to kill off the invader, since it deprives the parasite of a niche in which to live. Without a spot to take hold in, it eventually dies off. But instead, the parasite actually gained momentum. By the end of the study the researchers found more parasites in the mice that received the probiotic than in those that didn’t.

Though the study was technically a failure, as far as the intended goal is concerned, the result is actually quite important. As the researchers note in an accompanying release, the results show that beneficial bugs can affect a parasite’s growth—it just wasn’t in the hoped-for direction. “We didn’t know if cryptosporidium growth in the gut could be affected by diet,” said Giovanni Widmer, the study’s author and molecular biologist at Tufts University’s school of veterinary science, in the statement. Now, Widmer and his team plan to find the mechanism through which this works, and attempt to find a bacterial strain that will inhibit growth, rather than promote it.

It also highlights why it’s important to rigorously test probiotics before they hit the market.

Unlike drugs, bacteria are tricky. While there are a few main bacterial strains that are common in many people, the majority of a person’s gut flora are the result of their diet and environment, and even other habits like exercise. The way probiotics will affect a gut depends on which bacteria are already there, making it difficult to predict how any one probiotic strain will affect a person.

If enough testing and trials are done, researchers can have a clearer picture and be better able to predict what’s going to happen. But we’re not quite there yet.

In the meantime, it’s important to rigorously test probiotics long before they reach store shelves or prescription bottles. A lack of regulation doesn’t necessarily spell disaster, though. Take one of probiotics’ biggest successes to date, the fecal transplant. Researchers have found that for cases of severe infection with the bacteria Clostridium difficile, an introduction of donated healthy stool (dried up and in a pill) can often cure the infection. The treatment has seen great success, and many clinical trials are in the works or completed, but these treatments are still unregulated. We don’t know what we don’t know about them, and there are still many opportunities for transplanted bacteria, whether in a probiotic or in a fecal transplant, to negatively affect the gut.

For now, the one thing we do know is that you can still keep your microbiome healthy by eating a healthy diet full of fiber—bacteria’s favorite treat. No probiotic pills needed.