Folding Wings Help Drones Bounce Back After A Crash

Bat bots of the future, flap your arms 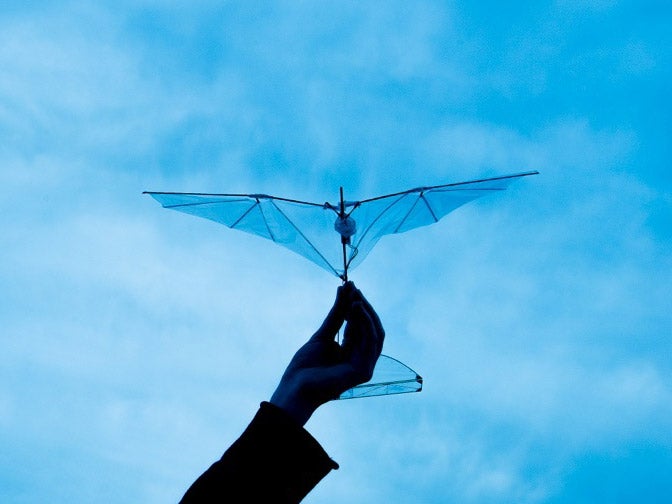 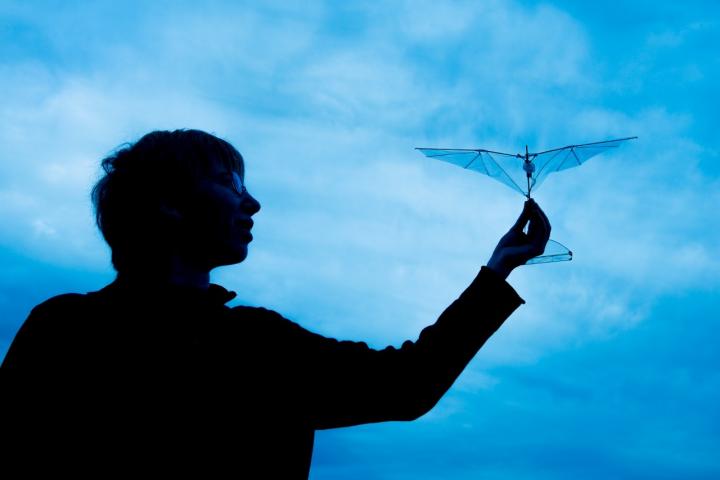 Airplane wings are rigid structures. They’re great for wide open skies, but one bad collision with a wall or a tree branch and suddenly the flying machine has trouble staying airborne. Helicopter rotors also fare poorly when colliding with structures. But a new bio-inspired wing gives bat-like flexibility to mechanical wings, so they can bounce back after a collision.

Published in the journal Bioinspiration and Biomimetics, the research by Amanda Stowers and David Lentink of Stanford University offers a mechanical solution to a technical problem: How can a drone fly close to branches safely? Sensor systems to avoid obstacles require slow flight. What if, instead of trying to avoid a branch, the drone could just brush against it, fold its wing out of the way, and then unfold the wing back to normal, like a bird?

The researchers built a miniature robot with a wing span of almost 16 inches, and then filmed it flapping at both high and low speeds. During these trials, they would take a steel rod and move it either slowly or quickly at the wing. In tests, the wing bent back during the impact, but stretched back out to its full length within a few seconds.

The wings are hinged, so that they can bend when colliding with an unyielding object. Then they rebound, passively returning to their normal outstretched shape with the next flap of the drone’s wings. Other foldable wings require specific motors to scrunch up or spring back out, but with passive folding, the flying robot doesn’t have to use a motor, power, or specific controls.

When working on small drones, anything that saves space–for instance, by cutting out the need for sensors and motors–is a boon. Funding for the study was provided by the Office of Naval Research, and it’s easy to see why the Navy, which is basically built of confined spaces, would want a folding-wing robot.

Research like this could one day lead to future rescue robots that can fly indoors, reaching trapped people hopefully without resorting to cyborg beetles. 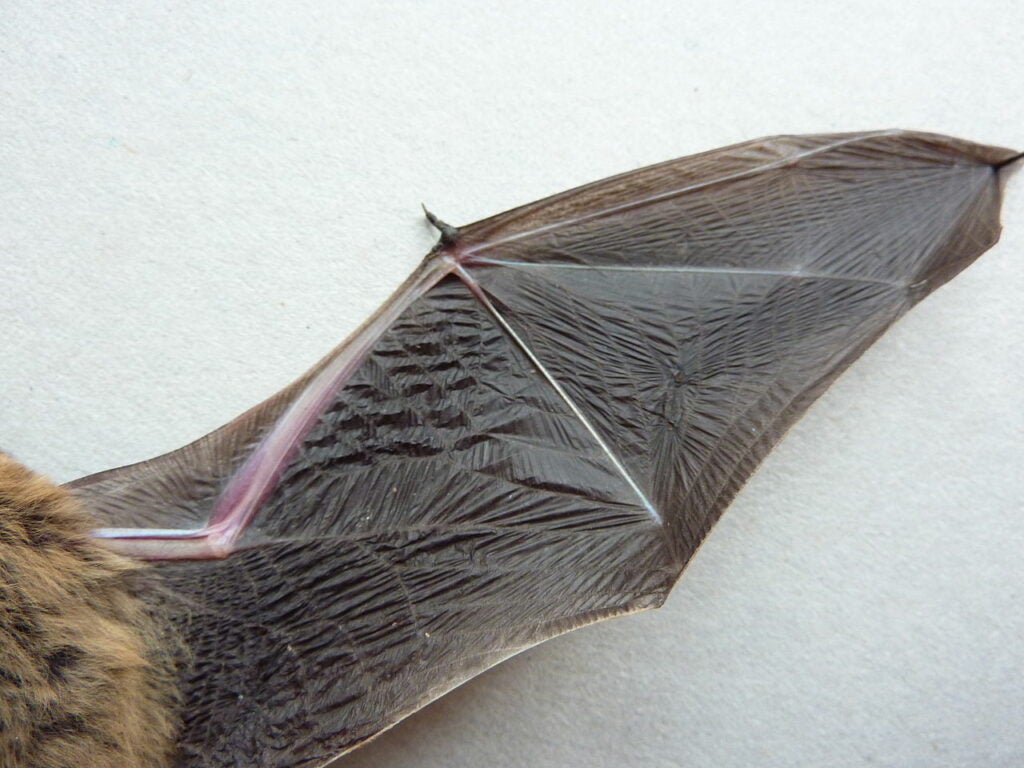 Underside Of A Bat Wing