Safer for drones, safer for people 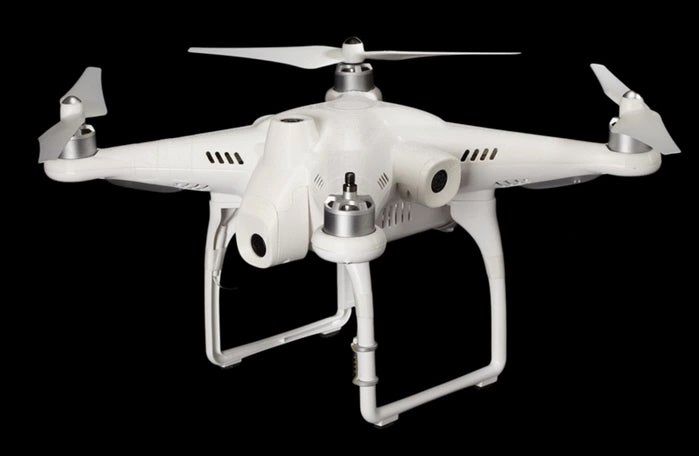 Much like marathon runners, everything goes fine for a drone until it hits a wall. Only, unlike marathoners, in the case of drones the wall is usually a literal wall. A new crowdfunding project available on Kickstarter called the eBumper4 wants to change that, by retrofitting drones with four sonar sensors, so they can detect walls before they crash into them.

This isn’t the first time people have put sonar on drones, but most earlier versions are DIY rigs by hobbyists. Panoptes’ sonar bumpers are aimed beyond the build-it-yourself crowd, and can make for easy commercial drone retrofits.

Made by Panoptes Systems, eBumper4 is right now only available for DJI’s Phantom 2 and 3DRobotics’ Iris+ lines of drones, but the principles of design are universal enough that if successful, it’s likely the concept would work for other quadcopters. With sonar facing forward right, left, and up, the eBumper4 lets drones detect nearby walls and ceilings, and then keeps it from colliding into them. In order for the sonar to work, the bumper-equipped drone can’t fly at full speed, instead limited to a pace more like walking.

The sonar sends out a signal that bounces off objects. By determining the time between when the signal leaves and when the sensor reads the bounce back, the sonar can see how far away an object is. If it’s too close, the drone will stop flying towards it.

Because of the speed limitations and the few models currently compatible, sonar bumpers aren’t a guaranteed answer to the challenge of sense-and-avoid for all drones. For faster drones, the Army started testing its own, different system years ago, and a working system is something the FAA absolutely wants to make drone flights safe for all aircraft. Still, the sonar is a good first step for one of the more technologically challenging parts of adding drones into the airspace, and for pilots with a tendency to crash quadcopters, bumpers could be a life-saver.