The program is focused on a 35-mile route in Ohio. 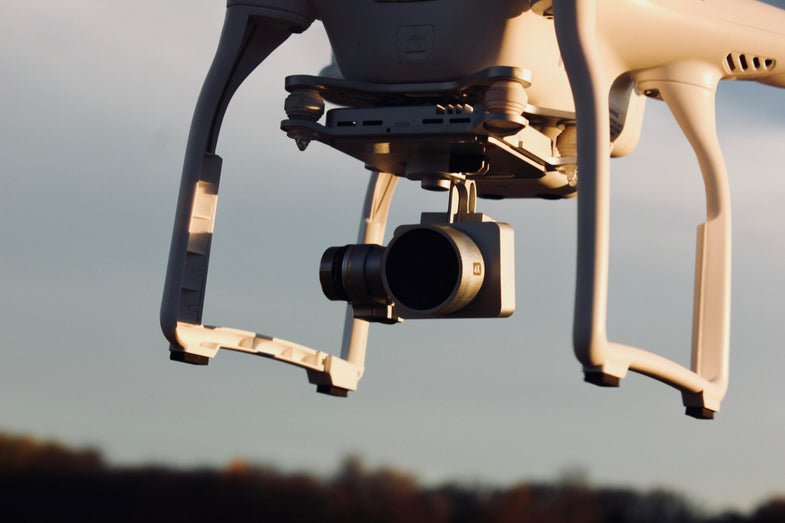 Right now, if you’re in the United States and you want to fly a drone, you have to keep the zippy little vehicle in sight. That, and you can’t go any faster than 100 mph. No soaring over people, either, and keep its altitude under 400 feet. Those are the FAA regulations. But these rules present an obstacle for any company or organization that wants to use drones for practical tasks, like delivering packages or monitoring highway traffic.

A project in Ohio aims to solve that problem by using radar units and software to create what’s known as an unmanned traffic management system. It’s like an FAA-style air traffic control network, but for drones or even larger pilotless vehicles that could someday carry passengers.

“Drones are an exploding technology in terms of interest and commercial applications,” says James Gregory, the director of the The Ohio State University’s Aerospace Research Center and the project’s lead. “We’re seeking to create a safe environment where people can extend beyond those [FAA] limitations.” Especially that keep-the-vehicle-in-sight limitation.

The system will eventually have to ensure that a slew of whizzing airborne objects, like drones, other autonomous vehicles, helicopters, medevac flights, crop dusters, and commercial planes don’t collide with each other. Here’s how it will work.

First, active radar units will bounce signals off the subject they want to track. Those radar units will be coupled with passive radar, which, as their name implies, don’t spew out signals. “Passive radar relies on existing signals that are out there,” says Gregory. Consider an HDTV broadcast signal. Since the location of the tower that transmits a signal like that is a known factor, passive radar can use disturbances in those waves to infer the presence of a drone.

The system will also get FAA data on commercial flights; software will tie the whole network together. The end result will give drone pilots—human or robotic—the best route to fly, like the way Google Maps or Waze instructs drivers where to go (except those systems are helping people navigate, not preventing collisions, as this aerial system will do).

A drone or other pilotless vehicle that needs a route from point A to B can then rely on the network, which monitors traffic in real time. “Hypothetically, let’s say a crop duster pops up into the picture, and suddenly is getting in the way of this other airplane,” Gregory says; the drone can get a new route as needed. “Or let’s say a medevac comes in, and clearly they have high priority.” The drone must land to make way for the chopper.

The corridor the system is planned for will be 35 miles long, a couple miles wide, and follow the path of U.S. Route 33 from East Liberty to Dublin, Ohio. They also plan to conduct demonstration flights involving one or two drones that can monitor the traffic on the highway below, and then feed data to the Ohio Department of Transportation.

This Ohio project is not the only one of its kind—NASA is working on a system as well, as is New York with a program called U-SAFE. (The acronym that the industry uses to refers to this kind of system is UTM, or unmanned traffic management.) In the private sector, Uber has ambitious plans for flying taxis in an initiative it calls Uber Elevate, and a traffic management system will be key if that project gets off the ground.

In Ohio, the goal of their network is to help grease the wheels to make more low-altitude flights happen. “We hope to enable the safe and efficient flight of drones, and personal air vehicles, and air taxis—even beyond the visual line of site of the operator,” Gregory says. “This will enable some new ways of doing commerce, with package delivery and air taxis.”