The craft will continue on to the distant Trojans, which could reveal how Earth formed. 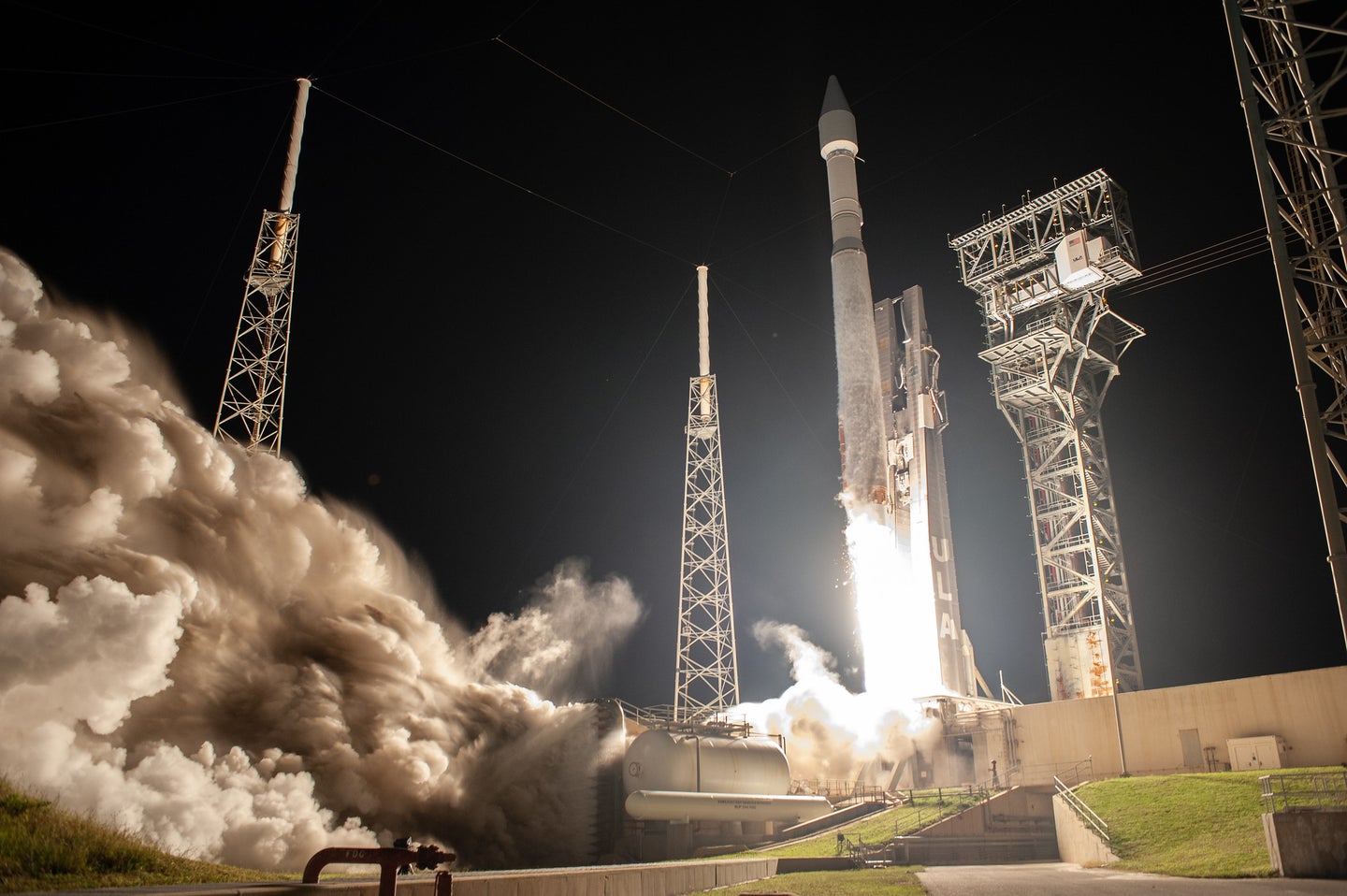 Hal Levison was planning to take a nap when he got the bad news.

NASA’s Lucy spacecraft rocketed off our planet at 5:34 a.m. on October 16, 2021, so Levison and his team had been up all night preparing. It was a spectacular, “picture perfect” launch, recalls Levison, who is the Lucy mission principal investigator from the Southwest Research Institute in Boulder, Colorado. The spacecraft would soon be on its way to the Trojan asteroids, unexplored fossils of the solar system that sit roughly the same distance from the sun as Jupiter. Those small space rocks, which are thought to have formed from the same processes that created the planets, could shed light on how our world came to be.

But then, just a few hours after launch, the team received data from Lucy that revealed that one of her two solar arrays–which power the spacecraft’s systems–hadn’t fully opened. Without both solar arrays deployed, the team wasn’t sure Lucy would make it to her intended destination.

“The basic mission was in jeopardy,” Levison says. There would be no time for a nap. “It was a very hard day.”

The team jumped into action to figure out what went wrong and to devise a solution. After months of sleuthing through the data, testing ideas on computer models and spare parts on the ground, and considering alternative trajectories for the scientific mission, the Lucy engineering team came up with a plan, which they set into action earlier this summer. Now, the spacecraft’s troublesome solar array is almost completely unfurled–enough so that the mission can continue as planned.

“The state of the spacecraft is much, much healthier,” Levison says, calling the feat pulled off by the team’s engineers “totally amazing and brilliant.”

When the mission engineers first discovered the problem, they didn’t immediately know what had gone wrong. All the data showed them was that one of the solar arrays hadn’t completely unfurled and latched into place. The engineers couldn’t get a visual because Lucy’s cameras point outward. Everything came through data about the spacecraft’s performance.

Lucy’s solar arrays are like large folding fans. When the spacecraft launched, the arrays were folded up. To deploy them, a motor pulled on a lanyard attached to each array. Then, if it had reached full deployment, a latch would have held the edge of the array in place, keeping it from moving.

“What we think happened is somewhere along in the deployment, that lanyard got misaligned and came out of the spool that brings the lanyard toward the latching mechanism,” explains Mark Effertz, spacecraft lead engineer for Lucy at Lockheed Martin, which built the spacecraft. The team had no direct data about the lanyard being tangled, he adds, but they extrapolated that it “started to snarl on either side of the spool and create a kind of bundle of lanyard as the motor kept pulling.”

[Related: Is NASA launching too many asteroid missions?]

With the power supply in jeopardy, the engineers determined that they had two main choices, Effertz says: They could fly Lucy as-is, and change the course of the mission. Or, they could keep tugging on the lanyard.

If the team decided to keep the solar array partly furled, Levison says, the science team would have likely had to select a new, less power-hungry trajectory for the spacecraft. And that would mean not going to the group of eight, hand-selected Trojan asteroids.

Instead, he says, the spacecraft would travel a shorter distance to three small Trojans. Levison doesn’t mince words about that alternative plan, saying those asteroids are “much less interesting, scientifically.”

That’s because the original trajectory took Lucy by a richly diverse group of asteroids. They range in size and in color from gray to red, and are close together, making it possible for the spacecraft to study many in one trip. It’s their diversity that piqued Levison and others’ interests, because it likely means that these asteroids formed in far-flung areas of the solar system. Some probably hail from the outer solar system.

Levison likes to call the Trojan asteroids “fossils,” and even named the mission “Lucy” after the famous hominin fossil that has contributed significant insights to our current understanding of early human ancestors. This mission, he explains, aims to answer questions about our origins in other ways.

“Planets don’t form, if you’ll excuse the pun, in a vacuum,” Levison says. “Planetary systems form as part of an ecosystem where the growing planets are competing for food, they’re knocking each other around gravitationally, they move around.” The Trojan asteroids are remnants of the early parts of that evolutionary process and therefore windows into our planetary origins.

[Related: A rare gas is leaking from Earth’s core. Could it be a clue to the planet’s creation?]

So the team decided the original trajectory for the Lucy space mission was worth rescuing and devised a plan to yank the lanyard a bit harder in an attempt to fully deploy the snagged solar array. The spacecraft had a backup motor built into its system in case the primary motor to pull the lanyard failed.

“We never really designed both motors to run at the same time. But we found that there was a way to” tell the spacecraft to do it anyway, Effertz says. Using both motors at the same time gives it more torque, or pulling power, he explains. Although this maneuver doesn’t detangle the snarled lanyard, it can wind up more of the lanyard onto the spool over the tangle, pulling the array open and holding tension on the line.

The team estimates that Lucy’s troubled solar array is now nearly fully open, though it isn’t secured in place with the latch. That configuration seems to be generating enough power to get Lucy to its original target Trojans.

The engineers are still considering pulling further on the lanyard in the hopes of getting it to latch. But there are risks associated, Effertz says. The tangle would get bigger and bigger, which could rub against the spacecraft and that might cause new problems. They have time to decide, however, as Lucy is currently flying through a region where the team can’t use the craft’s antenna to download the necessary data, Effertz says. So any further tweaks will have to wait until around November.