The world needs dark skies more than ever. Here’s why.

Dark Sky Places help us imagine a world where we can all see the night sky. 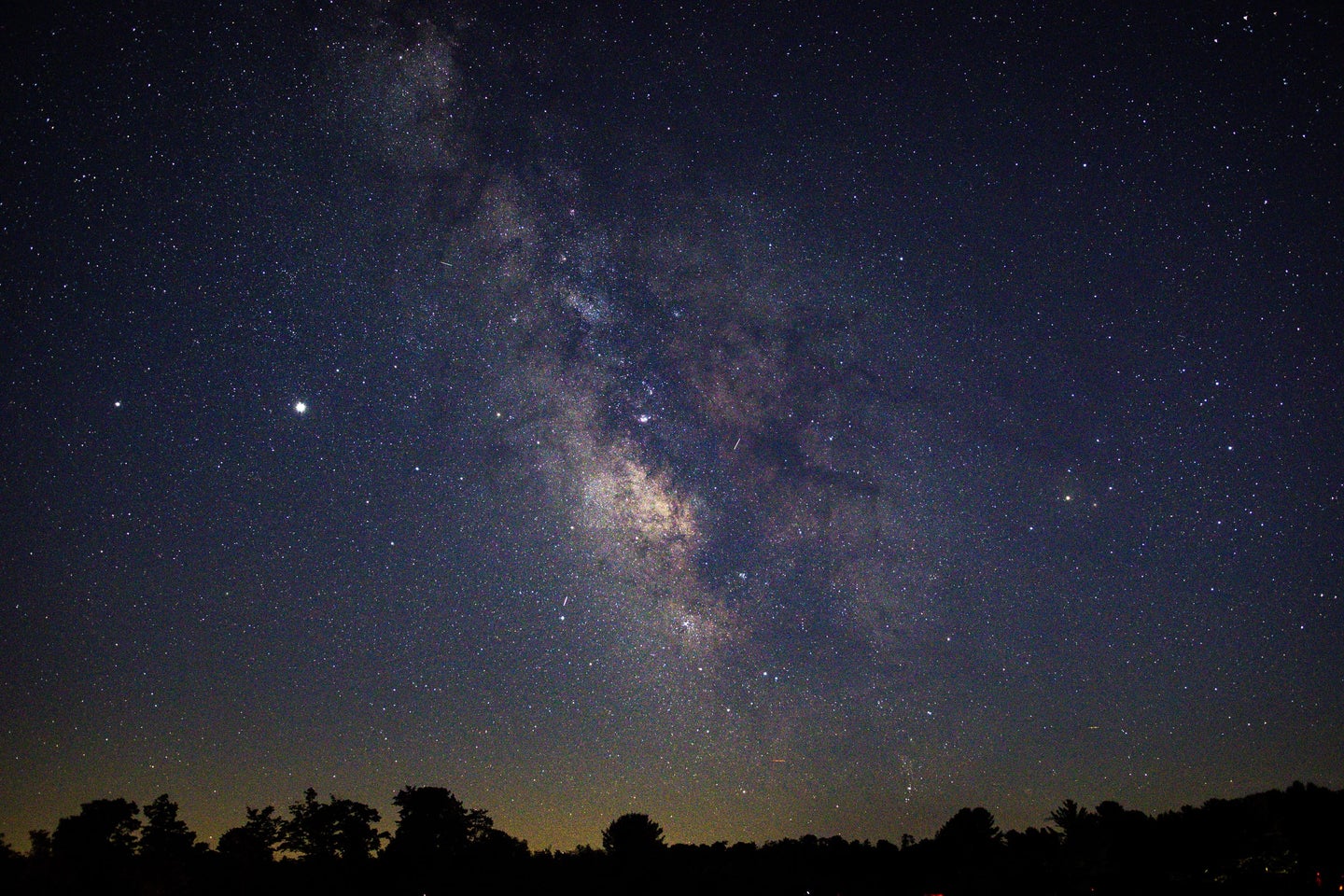 The night sky as seen from the Dark Sky Park of the Cherry Springs National Park in Pennsylvania. Tyler Rutherford / Unsplash
SHARE

Most people on planet Earth right now don’t live under truly dark night skies. Though you might be aware that you can’t see the stars in Tokyo or New York City, you might not realize that there’s some degree of light pollution in most of the places humans live today. Light pollution is any form of excessive or obtrusive light that interferes with the natural starlight in the night sky.

Currently, light pollution is growing at two percent every year—that’s twice the rate of population growth. Rapid industrialization and booming cities have made artificial lighting ubiquitous. However, the effects of this aren’t just limited to starless skies. Several studies link light pollution to deteriorating health of wildlife, humans, and the planet. Artificial light interferes with our circadian rhythms by messing with melatonin production, and interrupts natural processes like breeding and migrating in everything from sea turtles to birds. There is even evidence to suggest that bright lighting is responsible for the accelerated decline of biodiversity amongst insects (a.k.a. the insect apocalypse).

And while scientists in various fields, from ecology to astronomy, are concerned with this growing problem, it’s hard to quantify just how much light pollution there is. The new World Atlas of Artificial Sky Luminance, created through a study led by Fabio Falchi, a physicist at the Light Pollution Science and Technology Institute in Italy, attempted to do just that. By using satellite data and sky brightness measurements Falchi and his colleagues found that more than 80 percent of the world’s population lives under light-polluted skies. More than one-third of all human beings can’t see the famed Milky Way. In Europe and North America, these statistics are even worse. On an existential level, we are disconnected from the night sky now more than ever.

The good news is that, unlike most other human-created environmental problems, we can dramatically reduce our contributions to light pollution by implementing some fairly simple measures. Namely, by protecting our dark spaces and changing the type of lighting we use.

How Dark Sky Places are made

All over the world, Dark Sky Places show us just how much natural beauty we could see if we used lighting effectively. These spots, as designated by the International Dark Sky Association (IDA), possess an “exceptional or distinguished quality of starry nights and nocturnal environment.”

The International Dark Sky Places program was founded in 2001 with Flagstaff, Arizona as the first officially accredited Dark Sky Place. The program is designed to create physical spaces to encourage enjoyment of the night sky and to educate communities on best practices when it comes to lighting policies.

But not all regions are treated the same. There are five different designations for the possible types of dark places: communities, parks, reserves, sanctuaries, and urban night sky places.

Each designation comes with its own criteria. Reserves for example, have a dark core zone that is protected by an outer periphery where there’s some ambient light, whereas sanctuaries are often some of the darkest places in the world. Sanctuaries are usually geographically isolated and more focused on long term conservation of the fragile environment they house. There are currently 17 accredited dark sky sanctuaries from Niue, a small island nation in the Pacific, to the Rainbow Bridge National Monument in Utah.

Ruskin Hartley, executive director of the IDA, says “this [process] often starts with one individual who gathers a community around them and says, ‘look, we have something special here that we value: darkness. We value the night and we don’t want light pollution to grow here.’” As more communities rally to protect the night sky, more official dark places are created. Many of these Dark Sky Places also have cultural significance for the people who are indigenous to the land.

This week, the Mesa Verde National Park in Colorado was designated as the 100th dark sky park in the world. Dark Sky Parks make up the bulk of the program and they can take anywhere between 18 months to 10 years to go through the rigorous application process. The parks allow people to roam around at night and see how effective lighting solutions can be used without excessively contributing to light pollution. Unlike reserves or sanctuaries, they are more for public education and enjoyment than for strict conservation.

How we can reduce light pollution

Light pollution has a fairly obvious fix: just reduce the amount of light. Unlike other measures that require herculean efforts to mitigate at this point, such as warming temperatures and food waste, there seem to be more achievable solutions to reducing light pollution. It’s not just about turning off a switch when leaving a room, but about changing the kinds of bulbs we’re using.

Those five principles are:

How light pollution is unequal

Though the solution to reducing light pollution seems straightforward, turning off the lights isn’t that easy. Hartley points out that we have a “complex relationship with light—we assume that more light is better.” But the increased lighting of cities, and especially within certain communities, means that decisions about lighting are also political and often racial. As Celeste Henery explains in her article “Race and the Paradoxes of the Night,” excessive lighting has been used against vulnerable communities for surveillance. Historically, public policy operates under the assumption that crime can simply be deterred by lots of lighting. But there is no definitive proof that increased lighting leads to decreasing levels of crime.

Access to dark skies is about equity on many levels. “It’s not just about equitable access to dark places,” Hartley says. “Realistically, the Dark Sky Places are always going to be somewhat remote and somewhat rural. What we are equally concerned about, or arguably more concerned about is, what were the sources of light pollution in the cities and the communities?”

Cultural astronomy, which looks at how ancient and modern cultures think about and use celestial objects in their beliefs, is an integral part of the movement. But the access to dark spaces that cultural astronomy requires isn’t quite there yet. Last June, the IDA acknowledged that the association fell short of creating a movement that is wholly inclusive of all people after a membership survey found that women, people of color, the working class, and people who live outside of the US, were underrepresented. In order to truly make Dark Sky Places more accessible, steps will need to be taken to understand why there is excessive light used in certain places, and how to overcome barriers to better light ordinances.

Ultimately, Dark Sky Places don’t just reduce light pollution. They give us more opportunities to connect with nature, for indigenous communities to reclaim their connections to the night sky, and for darkness and the stars to be accessible to all those that live under it.