Kayla Iacovino loves scaling active volcanoes as much as she loves modeling them in her NASA lab. 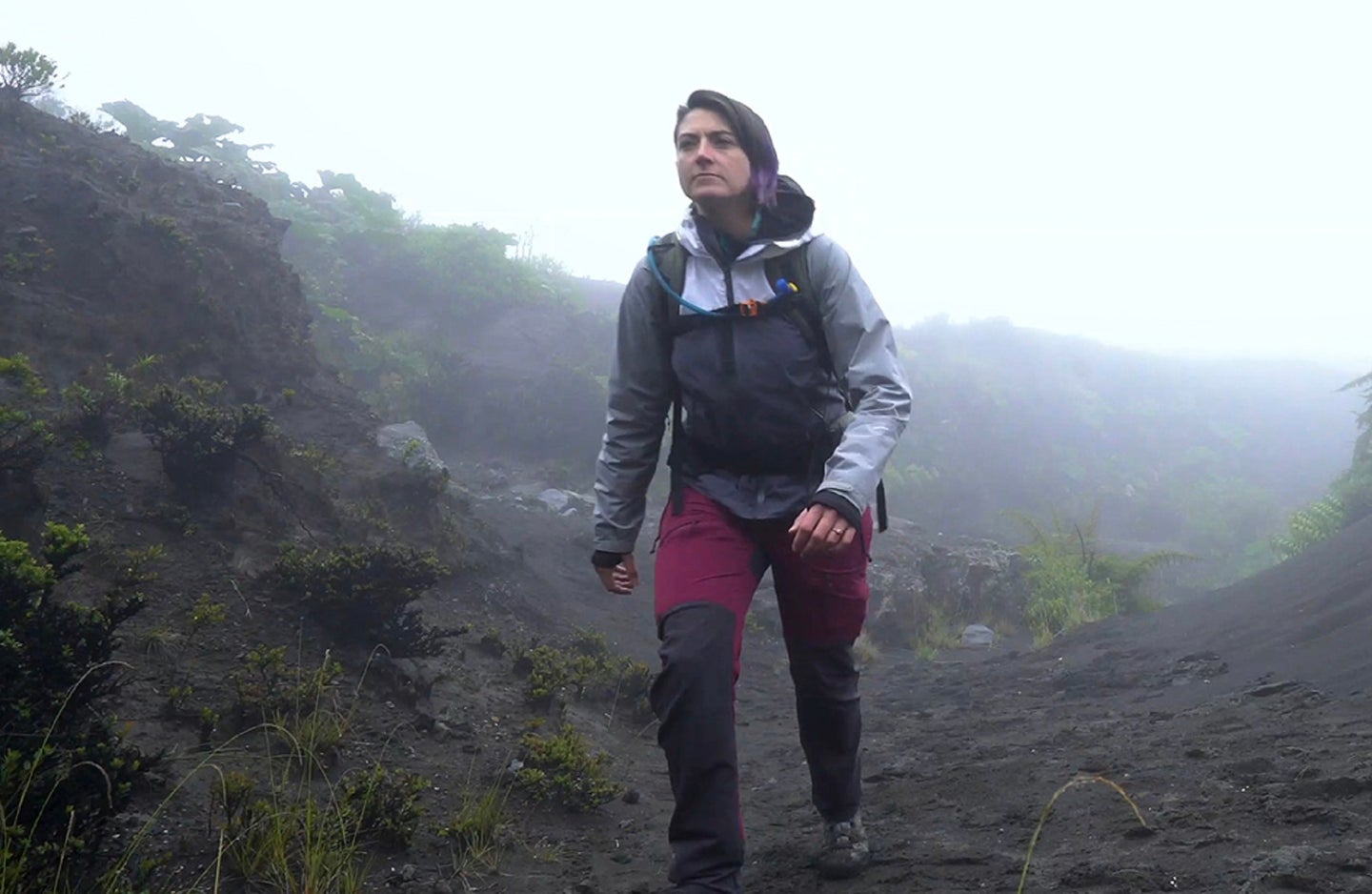 Kayla Iacovino hikes up a volcano as part of her NASA research. Courtesy of Science Friday
SHARE

How do these destructive forces work? Scientists don’t have a full picture yet. It is currently impossible to fully understand the geochemical forces that lead to these destructive scenarios. But what if we could unravel this mystery by examining millenia-old cooled rocks and soils from these same eruptions?

Kayla Iacovino—part science fiction sleuth, part mountaineer—is doing just that. By hiking mountainous terrain or meandering through a city built on a dormant volcanic crater, the volcanologist collects rock samples from across the world in order to better understand the forces that created them.

At her experimental petrology lab at Jacobs-NASA Johnson Space Center, she subjects these samples to extreme pressure and temperature in “mini magma chambers” to recreate the conditions under which they formed. Ultimately, understanding how the molten materials deep within the Earth became rocks provides Iacovino insights about the overall geological makeup and origins of Earth.