Yes, giant space debris is falling to Earth right now. No, it probably won’t hit you.

The leftover debris is expected to fall to Earth over the weekend, likely somewhere in the ocean. 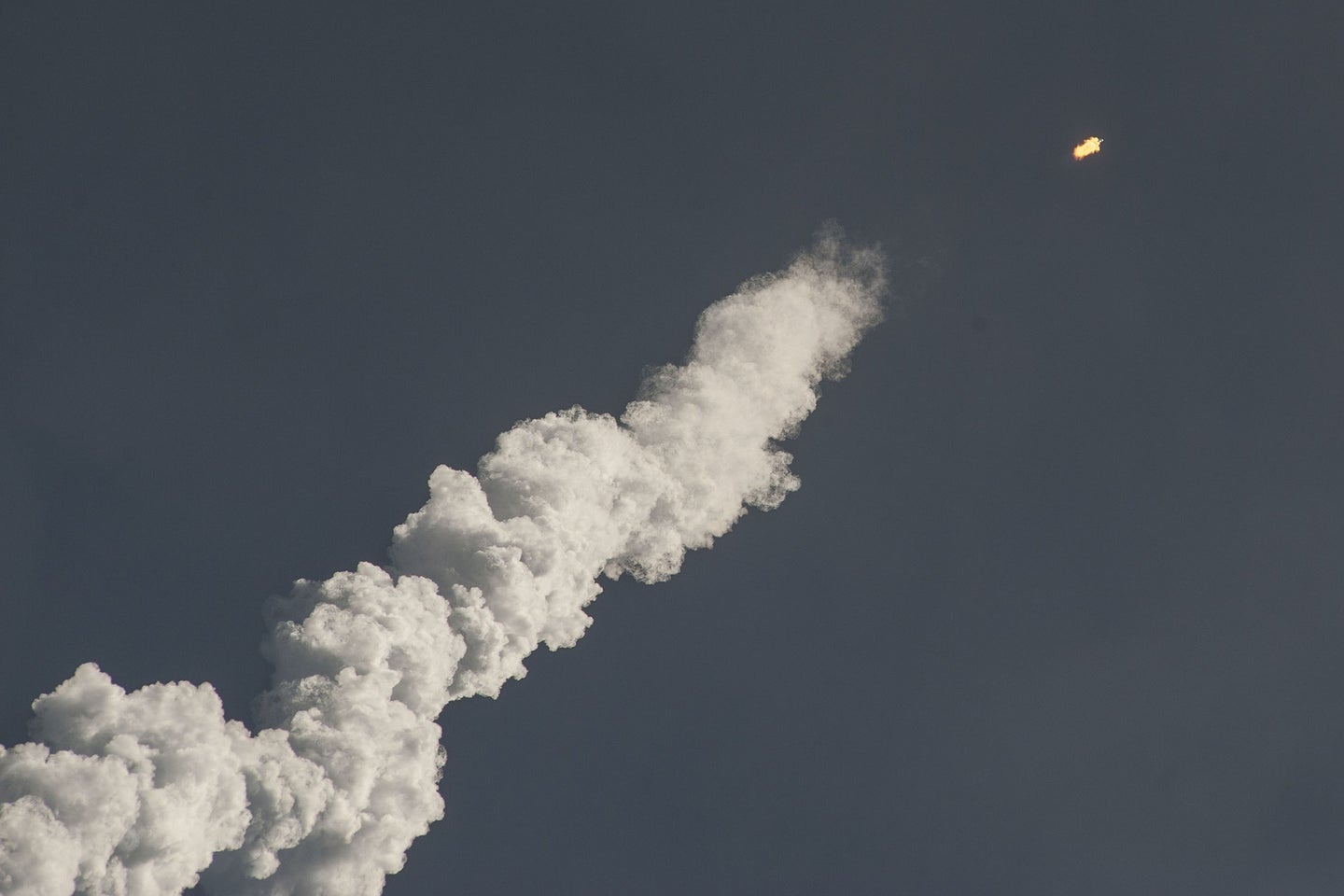 A 23-ton piece of rocket debris is currently making its way back to Earth at a roaring speed of 18,000 miles per hour. But don’t panic: The risk this piece of left-over rocket poses to people is extremely small. The US military is keeping a close eye on the debris’ trajectory, which is expected to land somewhere in the ocean this weekend, either Saturday night or early Sunday morning.

US Defense Secretary Lloyd Austin told reporters on Thursday that there were no plans to shoot the rocket down, which would result in even more debris, according to CBS News.

What is this debris from?

The massive piece of space junk is a part of China’s Long March 5B rocket—the country’s largest—which was launched last week to carry the core module of China’s new space station, named Tianhe.

According to The New York Times, most space launches like this one have these giant leftover pieces fall back to Earth immediately after launch, and are equipped with extra fuel to help guide them on their planned trajectory back to the ground. They typically are designed to land somewhere in the ocean. However, China has launched a number of large rockets without a planned trajectory for their leftover parts.

Where and when will it land?

Scientists say this particular booster could land between 41.5 degrees north latitude (about as north as Cleveland or Chicago) and 41.5 degrees south latitude (around northern Argentina). That’s a giant span to work with and means that many US cities, like New York, Miami, Los Angeles, and Houston, could experience falling debris.

But most experts who are tracking the object predict it will land in the ocean. The world’s oceans make up 70 percent of Earth’s surface, so the chances of it landing there or in an area that poses no threat to humans is fairly high. But no one knows for sure the exact spot the object will fall, which is extremely disconcerting to say the least.

The speed at which the booster is traveling makes tracking it a particularly challenging endeavor. At 18,000 miles per hour, predictions can change by thousands of miles every few minutes. Experts will only be able to make a reasonably accurate prediction within a few hours of it entering Earth’s atmosphere.

Is this the first time this has happened?

Ensuring an exact landing spot for leftover rocket debris is usually built into the design of the rocket, though it’s not exactly easy. “It’s not a trivial thing to design something for a deliberate re-entry, but it’s nevertheless something that the world as a whole has moved to because we needed to,” Ted J. Muelhaupt, principal director of Aerospace’s Center for Orbital and Re-entry Debris Studies, told The New York Times.

In 1979, Skylab, the US’ first space station fell over the Indian ocean and debris made its way to Australia, though no one was injured. In recent years, China has experienced a number of issues as its rockets re-enter Earth’s atmosphere including in 2018, when the country’s first space station, the Tiangong 1, landed—uncontrolled—in the Pacific ocean.

This current launch is only the first of almost a dozen launches that China has planned in the coming year, all of which are to create the new space station, which is set to be completed in late 2022.