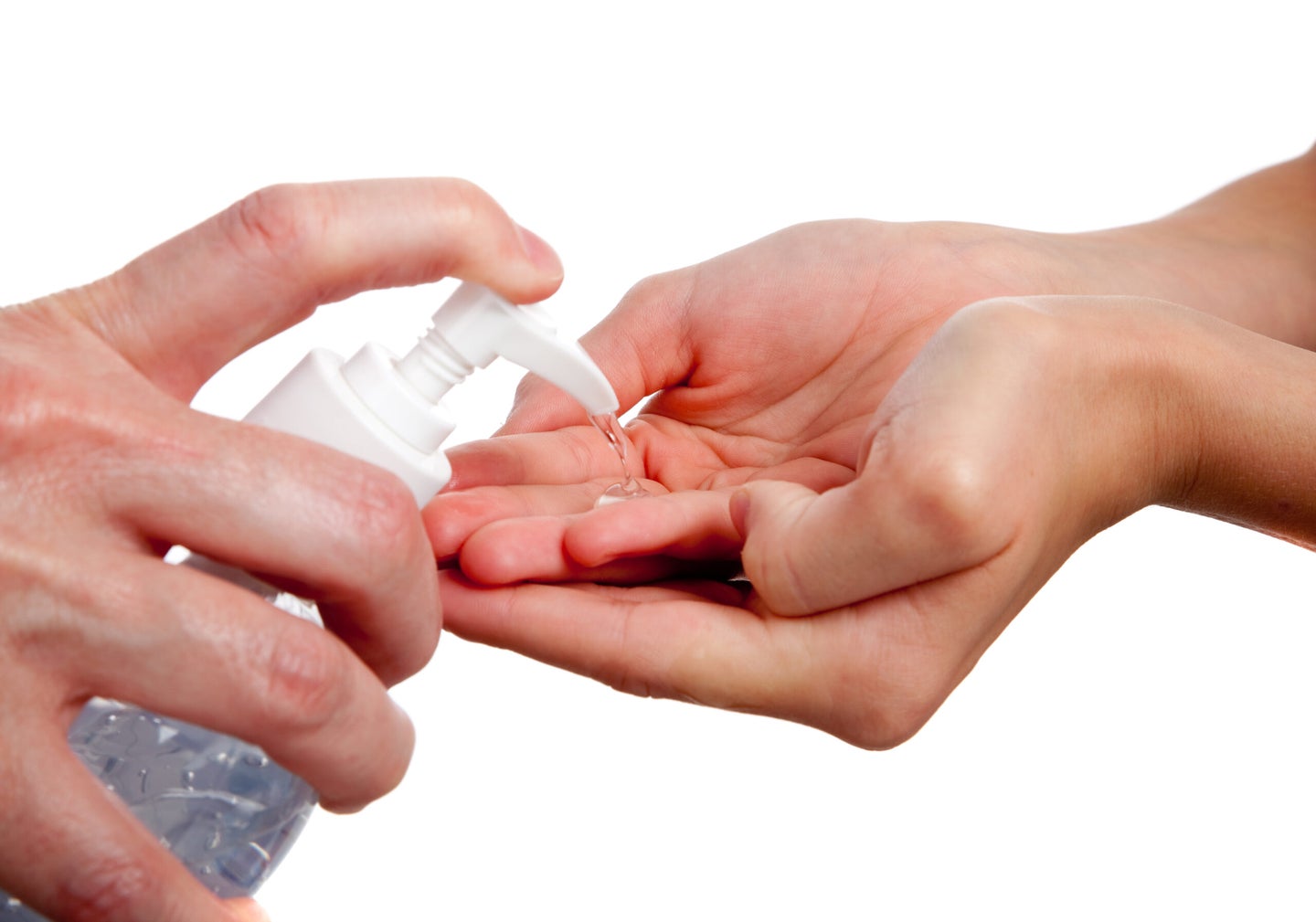 An adult dispensing hand sanitizer to a child.
SHARE

This post has been updated. It was originally published on April 6, 2020.

Before the invention of antibiotics, most of our dealings with bacteria—at least, the dangerous ones—ended in death. At least partly because of that, we have viewed hand sanitizer, the powerful bacterial annihilator that it is, as something we should use liberally without fear of health consequences. Now, after more than a year of living with the threat of the novel coronavirus (SARS-CoV-2), the stuff has become a steady fixture of daily life. Its role as destroyer-of-all-microbes has become a vital component to public health. But where do our delicate microbiomes fit into this microscopic battlefield?

Over the past decade, microbes have taken on a new, positive role in our lives. We’ve figured out that in addition to the bad microbes that can infect us, our bodies are teeming with good bacteria that help us digest food, potentially prevent autoimmune diseases, and even stave off infections from happening in the first place. Unfortunately, antibacterials don’t discriminate bad from good. And that puts users at a crossroads: Should we continue using things like hand sanitizer to avoid disease, or should we embrace germy hands for the sake of our health?

Under normal circumstances, the question of whether and when to use hand sanitizer comes down to a judgement call, as outlined in detail below. But in light of recent events—namely the presence of SARS-CoV-2, which causes the respiratory disease COVID-19—the guidelines for using hand sanitizer are far clearer: As long as the virus continues to spread throughout communities in the United States and around the world, apply hand sanitizer liberally and often. While washing your hands is best, using hand sanitizers that are at least 60 percent alcohol are a close second to killing any viruses that might be lurking on your hands. The benefits of using hand sanitizer to prevent COVID-19 far outweigh the potential risks to our skin’s microbiome, the delicate balance of bacteria, viruses, and fungus that live on our skin everyday.

But in a world in which SARS-CoV-2 stops being an immediate threat—and hopefully the currently available safe and effective vaccines will continue to help get us there—there are positives and negatives to the liberal use of hand sanitizer.

“One aspect of hand sanitizers that is usually overlooked is that they can affect bodies’ microbiomes in a few ways, and some of these ways could be bad,” says Jonathan Eisen, a microbiologist at the University of California at Davis. While they are killing potentially dangerous microbes, they are also altering the communities of beneficial bacteria on the skin.

While we can’t see any of them, millions of bacteria reside on our hands, skin, and inside our guts. Recently, scientists have begun to understand that every person has a proper balance of bacterial colonies that, among other things, keeps the body in check. When we use hand sanitizers, we are attempting to kill off almost every microbe that resides on our hand—the good and the bad.

In addition to killing off potentially beneficial bacteria, Eisen says, hand sanitizers could also contribute to antibiotic resistance. “Even though they generally do not contain standard antibiotics, when microbes become resistant to some of the sanitizers this can make it easier for them to be resistant to more important antibiotics,” Eisen says. You might just want to make sure you aren’t eating any harmful bacteria with your burrito, but doing this repeatedly—and as a general population—could come back to haunt us later. Antibiotic resistance is already a serious threat, and it’s getting worse.

So should we disinfect or not?

“I recommend that people use hand sanitizers with caution, and only if really needed,” says Eisen.

Consider what your hands have recently touched. If you just spent time in a hospital, a doctor’s office, or on the subway next to someone coughing and sneezing, grabbing the Purell is not a terrible idea. But if you’re just going about your normal day without touching too many other humans, it’s probably not necessary to sanitize yourself. That’s especially true if you have the opportunity to use regular ol’ soap. One 2009 study found that typical soap, when scrubbed on properly, is just as good at killing potentially infectious bacteria and viruses.

There’s still a lot of work that needs to be done to better understand the skin microbiome, especially the microbes that reside on human hands. While we know a lot about what types of bacteria typically live on us, we know less about what each one’s specific function is. If we can figure out how some microbes keep us healthy, then we might have a better answer as to how often, and in what situations, using a hand sanitizer is best. For now, follow Eisen’s advice and use it as sparingly as possible. Think of it as a last line of defense against the world’s grime.