U.S. Lawmakers Want To Kill NASA’s Mission To Send Astronauts To An Asteroid

Instead they favor going back to the moon 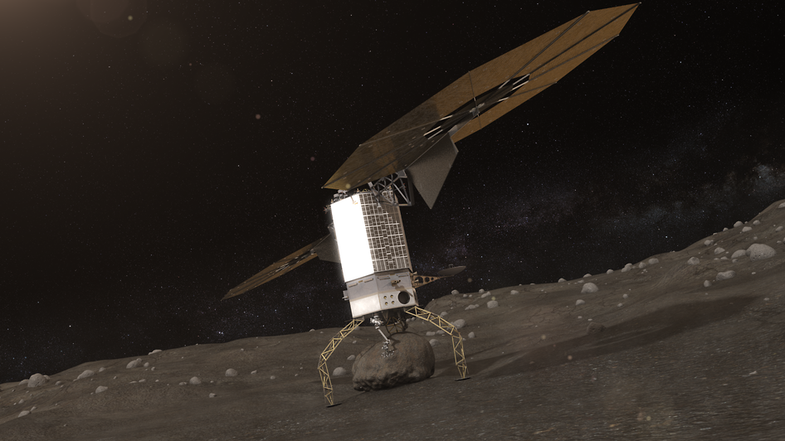 A committee within the House of Representatives is recommending that Congress should not fund NASA’s Asteroid Redirect Mission (ARM). The mission–which would launch to an asteroid in 2021, pick up a boulder from it, and then bring that boulder back to lunar space for astronauts to visit–has been billed by NASA as a stepping stone for putting humans on Mars, but it hasn’t garnered a lot of support from scientists or the public.

The House Appropriations Committee (along with its counterpart, the Senate Appropriations Committee) helps Congress decide how to spend the government’s money. For 2017, the committee suggests allocating extra money for NASA’s planetary science missions–including a mission to Europa–as well as NASA’s new heavy-lift rocket and Orion capsule, but it provides nothing for ARM.

SpaceNews.com quotes the report as saying:

The robotic portion of ARM–traveling to the asteroid, fetching a boulder, and bringing it back to the moon–was previously estimated to cost about $1.25 billion, and was designed to test a new type of propulsion that NASA hopes will deliver large cargo supplies to Mars before humans get there.

Sending astronauts to visit the asteroid’s boulder would not be cheap, either, although NASA hasn’t officially released a price estimate. Some have argued that the astronauts’ job of sampling the asteroid could more cheaply and easily be done by a robotic mission–such as the OSIRIS-REx spacecraft which will launch in September, travel to an asteroid, take samples and return them to Earth.

Space Policy Online reports that the draft legislation encourages NASA to “develop plans to return to the Moon to test capabilities that will be needed for Mars, including habitation modules, lunar prospecting, and landing and ascent vehicles.”

Using the Moon as a testing ground for future Mars missions has been advocated by scientists, independent committees, and space entrepreneurs alike. However, in the past Congress hasn’t given NASA enough funding to achieve such a mission.

The bill is just a draft at this point and is currently being passed around and marked up by the full House Appropriations Committee. The Senate is also drawing up its own appropriations bill, and any differences between the two proposals are expected to be resolved this fall.