More than 1,000 manatees have died in Florida this year. 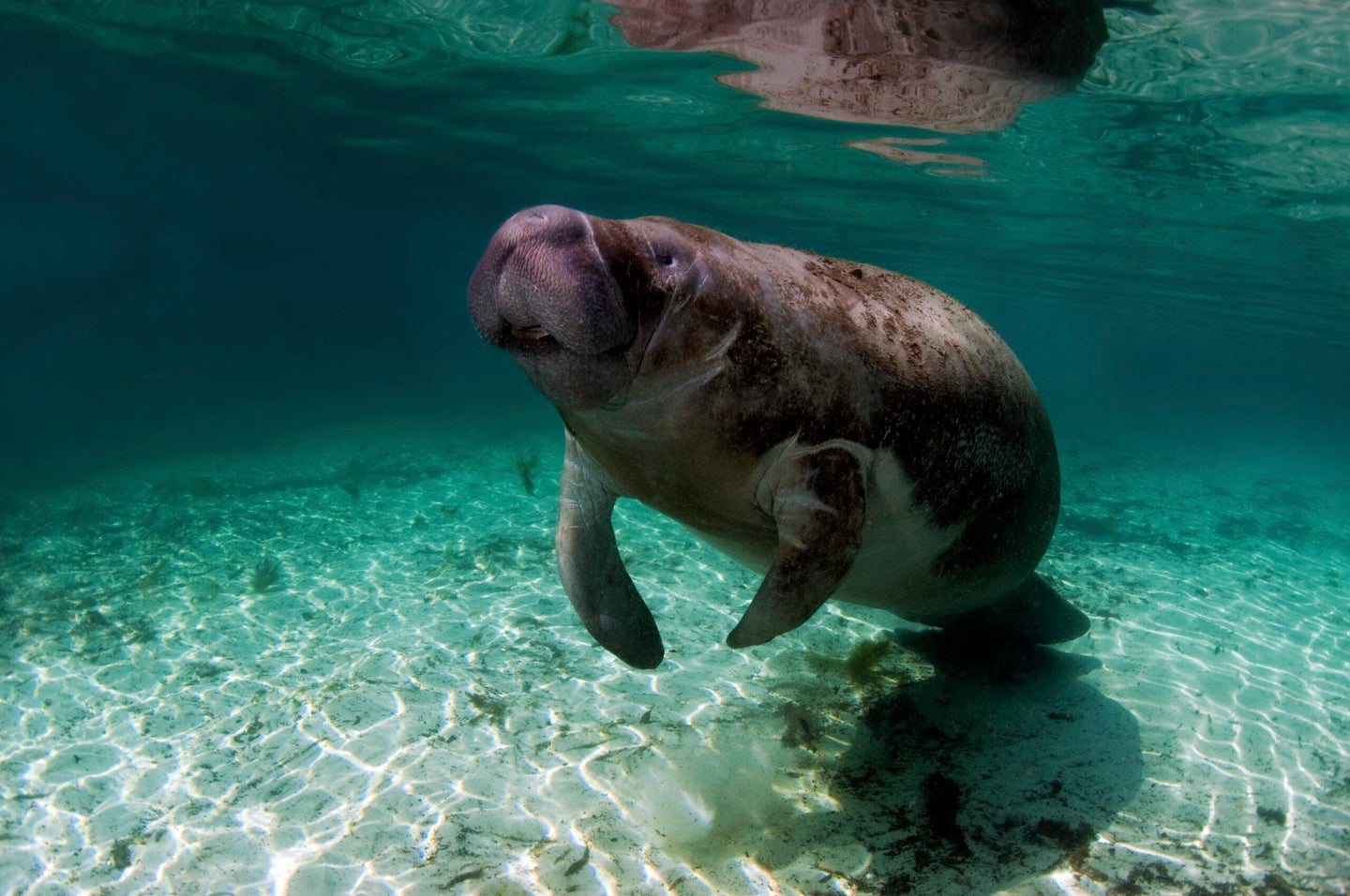 The controlled feeding trial will take place at a Florida Power & Light plant in Cape Canaveral, along the Indian River Lagoon, and will involve controlled delivery of lettuce, cabbage, and other greens via a feeding system that works like a conveyor belt. thediver123/Deposit Photos
SHARE

More than 1,000 manatees in Florida, about 15 percent of the state’s population, have died in 2021, a record year. Boat strikes are usually the biggest culprit for manatee deaths, but starvation seems to have taken the lead. Now state and federal governments are planning a radical intervention to help these plant-munching marine mammals.

Floridian environmental officials, in partnership with the US Fish and Wildlife Service are planning to launch a controlled feeding initiative to help sustain the struggling manatees. Giving food to animals is normally taboo, as wildlife managers want to prevent wild animals from developing a dependence on artificial food sources. But the need for large-scale interference is too great to leave the manatees to fend for themselves. A Fish and Wildlife Service spokesperson told the Associated Press via email that they “have approval to move forward on a limited feeding trial” but they have not yet settled on the details. A formal announcement is forthcoming.

A starving manatee sighting has a few key characteristics: Its ribs are likely visible through its thick and wrinkly skin. The animal is relatively still, expending little energy, and they come up to breathe more frequently than normal. A hungry manatee will also often keel to one side.

Most of these manatee deaths by starvation are occurring in one spot: Florida’s Indian River Lagoon,  an estuary bounded by mainland Florida and the state’s barrier islands on the Atlantic Ocean. Manatees congregate there during winter as the waters tend to be warmer. But declining water quality, mainly caused by runoff from farms and sewage, has caused algal blooms—which are further exacerbated by climate change. These algal blooms ravage the waters, depleting oxygen, and choking off the seagrasses that manatees rely on to feed. At the northern end of the Indian River Lagoon, roughly 96 percent of 77,000 acres of seagrass have disappeared.

“The consequences are too dire not to at least give this a try,” Save The Manatee Club Executive Director Patrick Rose told The New York Times. He added that there’s no guarantee the manatees take to the feeder.

[Related: Taking manatees off the endangered species list doesn’t mean we should stop protecting them]

The controlled feeding trial will take place at a Florida Power & Light plant in Cape Canaveral, along the Indian River Lagoon, and will involve controlled delivery of lettuce, cabbage, and other greens via feeding system that works like a conveyor belt. Food delivery will not involve any human-animal interaction, and it will remain illegal for the public to feed the manatees. This refeeding method is unprecedented for manatees, though conservation biologists have used similar techniques in the past; for instance, when biologists re-release animals to the wild, they’ll often have supplemental feeding until they are fully reestablished in the wild.

Manatees used to be listed as endangered, a status they attained in 1967 when the population dipped to about 1,000. But in 2017, after decades of restoration efforts, their populations lifted to 6,620, enough for officials to downgrade their status to threatened—a move that was protested by a number of biologists and environmentalists.

“The down-listing in 2017 was premature,”  Jaclyn Lopez, Florida director of the Center for Biological Diversity, told The Washington Post. “That signaled to people that the manatee was on the path to recovery, and that it doesn’t need all the help that it once did,” when that’s clearly not the case.

“This is a man-made problem, and it’s not going to go away quickly,” Beth Brady, a manatee researcher at the Mote Marine Laboratory and Aquarium in Sarasota, told The Post. “This experiment is important to see how manatees are going to respond,” she added, and it could be the kind of boost these malnourished marine mammals need to set them on the path for future recovery.