How scientists keep ancient shipwrecks from crumbling into dust

One chemical reaction could turn a massive vessel to nothing if not protected. 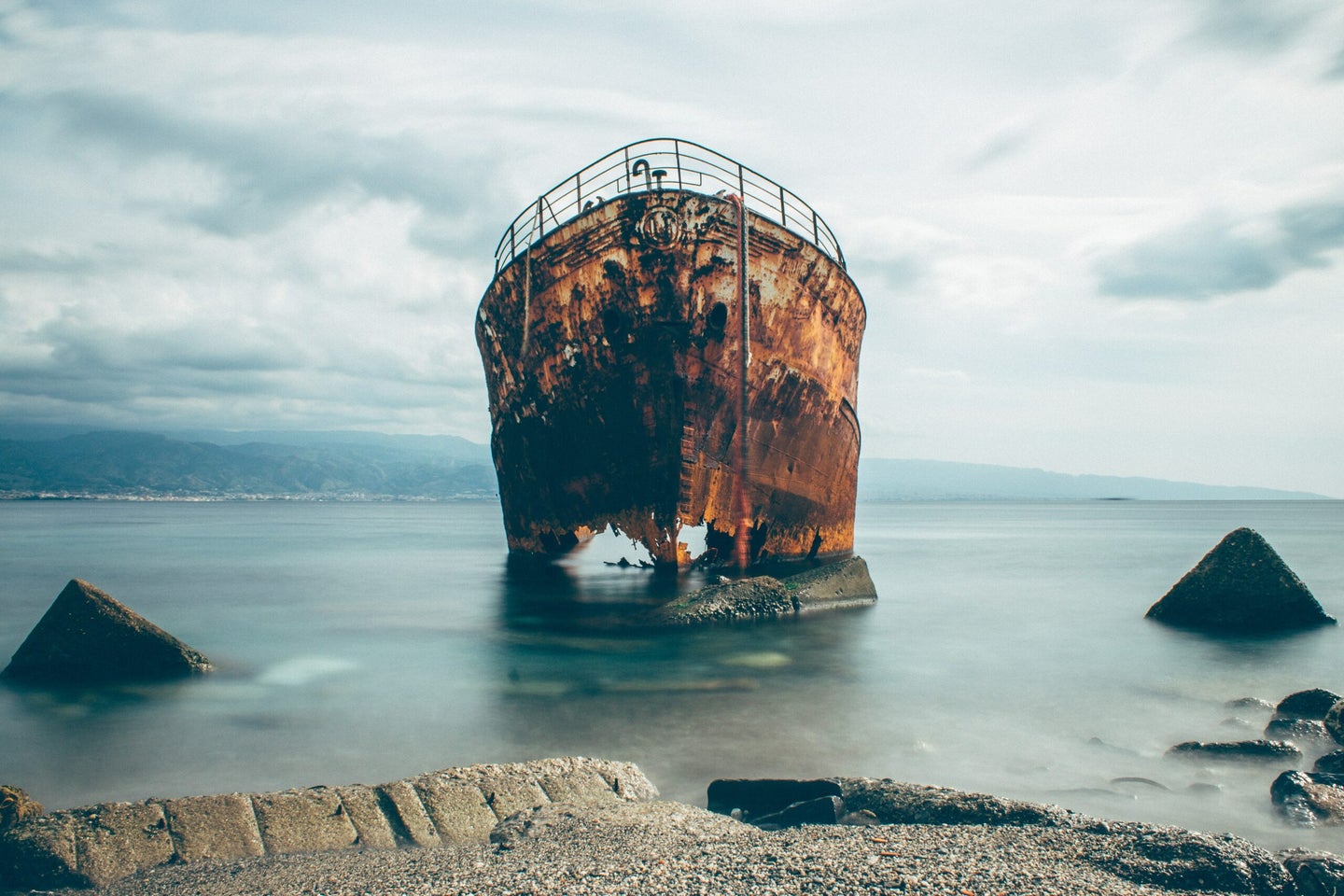 Without proper help, the most wondrous shipwrecks can turn into a pile of dust. Giuseppe Murabito Unsplash
SHARE

From underwater, a centuries-old shipwreck can almost look brand new. When conditions are just right, wood can stay undeterred, escaping the usual fate of being eaten by hungry sea creatures or bacteria. And unlike other artifacts that must be dug up in graves or hidden under years of dirt and dust, this ship went down exactly as is, a perfect scene detailing what ordinary folks, explorers, and merchants of ages past were carrying with them on their voyages to new worlds.

“A lot of people refer to them as time capsules,” says John Bratten, a professor of anthropology at the University of West Florida specializing in shipwrecks. “They give us a snapshot of items that people [used], even clothing, what they ate, what they carried, what activities were conducted on what part of the ship, what things were brought for defense.”

Shipwrecks can stay sunk indefinitely without causing much disturbance. The real trouble happens when they come to the surface. In the years spent among the fish in the sea, the cellulose in wood has already begun to break down, and the only thing that’s holding the ship and it’s wooden bits together now is the sticky water in between its cells. “The problem is when you bring up the wood, it’s been impregnated by water for so long, so it’s actually swelled a bit,” says Mark Schwartz, a professor of anthropology at Grand Valley State University who has investigated shipwrecks in the Great Lakes.

And, as you may imagine, when that water dries, the boat’s structure is caput. The second the ship hits dry air, the clock is ticking. Researchers try to preserve the wood’s structure temporarily by coating the pieces with polyethylene glycol or literally zapping it with a giant freeze dryer, but that doesn’t last forever. A sneaking, waiting acidification process that can begin at any moment can turn even the best-preserved boats into dust in a matter of days.

That’s the situation right now for the Vasa, a massive warship in Sweden that sank in 1628. While years and years of preservation have gone into keeping the 226-foot-long vessel alive out of its watery grave, iron and metal nails in the wood have already started acidifying and thereby destroying the wood. And once the process has started, it’s near impossible for the whole boat not to fall ill.

“Now in the Vasa, there’s practically two tons of sulfuric acid. If the reaction starts, in a very few days, the wood can just crumble and dust,” says Claudia Mondelli, a physicist at the Institut Laue-Langevin in Grenoble, France. But, Mondelli and a team of Italian and French researchers have discovered that nanoparticles of earth alkaline hydroxides—a chemical compound made of hydroxide and an earth metal like magnesium or calcium—can create a barrier that neutralizes the acid, stopping the destructive chemical reaction in its tracks, and act as a “cure” for wood already feeling the acidifying pain. Their findings were published last week in Nanomaterials.

Mondelli and her team tested their idea on wood samples from a second-century Gallo-Roman wreck discovered in 2003. In order to preserve wood from these wrecks, they must be submerged for months, or even years, in massive pools of polyethylene glycol, Mondelli says. What their research found is that a suspension of water and calcium hydroxide or magnesium hydroxide, which could be added into those pools, had the ability to stop acidification in its tracks. The suspended nanoparticles were able to penetrate the wood, neutralizing any acid already found inside, and creating a bit of reserve in the event acidification were to ever start up again.

Of course, while these results are exciting for those wanting to live out their shipwreck-exploring dreams, there’s still work to be done. The suspension of these particles in water is a big first step since other attempts were made with alcohol, a much more dangerous and reactive solvent, but the solution still must be specially made in a lab and a proper dosage based on the thickness of wood is still in the works.

Not to mention, rescuing a sunken ship is an enormously expensive endeavor. After all, filling a pool of special chemicals to bathe massive artifacts in order to age, analyze, photograph, or rebuild them for a museum, is no simple task.

Chris Dostal, the director of the center for maritime archaeology and conservation at Texas A&M, who was not involved in the study, adds that it’s not recommended to bring shipwreck materials above the water unless you’re fully prepared for the task to come. What might happen otherwise is watching a beautiful artifact withering to “an eyesore beyond feasible restoration,” like the century-old Alvin Clark boat that was discovered in Wisconsin in the 1960s.

But what this research offers is a simple extra step to make sure that all the work that’s gone into making ships like the Vasa and the Mary Rose more than just a seafarers legend lasts long enough for generations of people to appreciate their beauty, innovation, and history.