The jumping worm invasion may be less worrisome than it sounds

The threat to homeowners may be low, but ecologists are still concerned about forests. 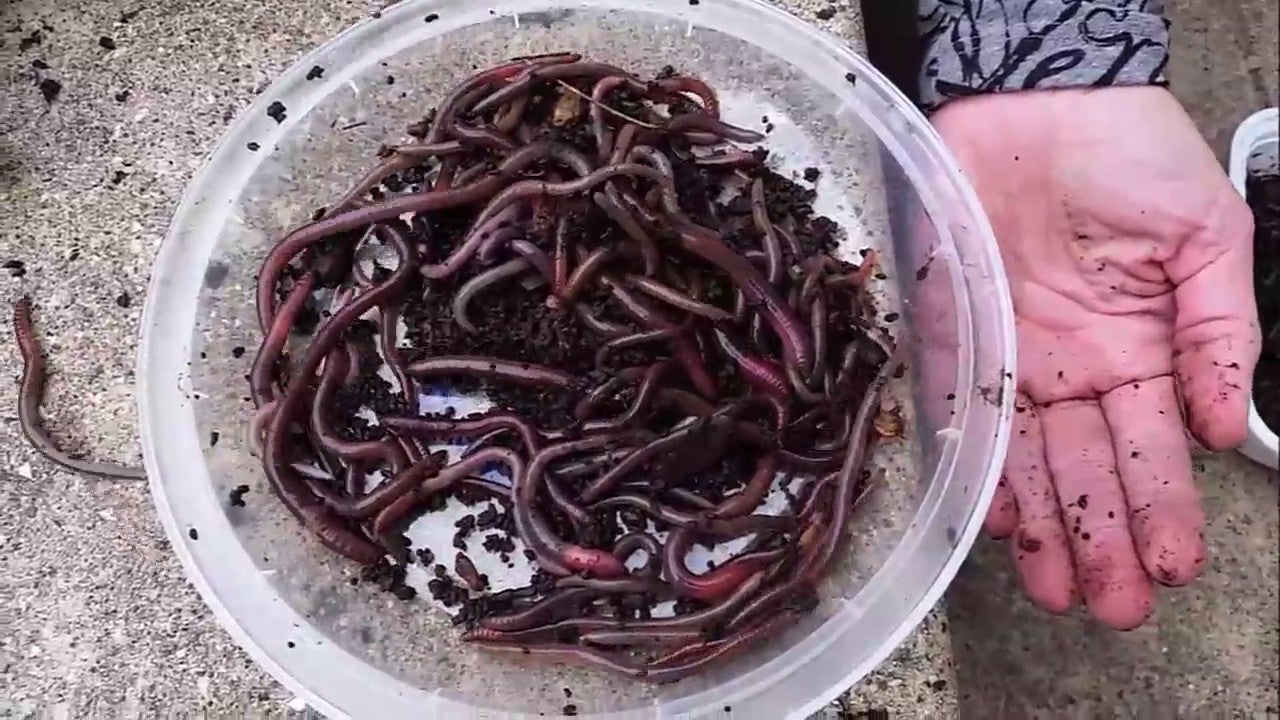 Something new is sweeping the nation, and it’s only a few inches under our feet. Jumping worms of the genus Amynthas are popping up across the US, quite a distance away from their native range in Korea and Japan. News reports have logged sightings of new colonies in Maine, Missouri, and California this spring, although the species has been present in some states since the late 19th century.

These worms are different from their European and North American cousins that gardeners are typically happy to stumble across. The clitellum (the ringed band) of jumping worms is grayish and closer to the worm’s nose. They stay in the top few inches of soil, rather than digging deep into the earth, and their length ranges from 1.5 to over 8 inches. And as their name suggests, they also move in a jumpier, jerkier fashion.

Purported threats range from stripping the topsoil of nutrients to driving our current earthworms into extinction. One threat to the topsoil is the worm’s diet of leaf litter. If the litter levels are depleted, the USDA warns that many plants will struggle to survive. Jumping worm infestations may also put soil at higher risk of being eroded due to the lack of cohesive topsoil.

[Related: The copper jaws of venomous bloodworms could be a win for sustainable manufacturing]

“You want to get rid of them if you do have them,” says Bernie Williams, a plant pest and disease specialist of the Wisconsin Department of Natural Resources. “If you suspect that you may have them in your garden, or you’re seeing that your soil is getting pilled up like coffee grounds, you can take a scoop of that soil, put it in a bucket or container, and then fill it with water. Walk away from it for a few hours. And if you have jumping worms cocoons, they will float to the surface of the water.”

Williams says that while European earthworm cocoons are golden and visible to the naked eye, jumping worm cocoons are much more camouflaged to the soil and almost teardrop-shaped. If you put them between your fingers, they’ll pop like bursting boba pearls. While springtime was typically thought of as a worm hatching season, some states, like Wisconsin, also saw continuous hatching from this non-native species during this year’s warmer-than-average winter. After hatching from cocoons, the juvenile worms gradually mature to adults with the distinctive clitellum.

Even after they hatch, the adult worms are just as easy to neutralize. Since worms are a relatively delicate species and rely on the moisture in their skin to breathe, Williams recommends placing the adults in a plastic bag on the cement and “solarizing” them—or essentially, drying them out in the sun. Lee Frelich, director of the University of Minnesota’s Center of Forest Ecology, also recommends simply throwing them on the sidewalk without the bag. On a hot sunny day, he says the worms will die within the first minute of being on the pavement.

While colonies should be killed, some scientists say that the public shouldn’t lose sleep thinking of these topsoil invaders. Williams does not see the worms becoming a major pest for American agriculture.

“They’re just like us, really, at the end of the day. We took the land; we moved earthworms here in North America,” Williams says. “There’s so many more [invasive species] coming there. I don’t think jumping worms should keep you up at night.” She says that as a gardener, she has learned to co-exist with the worms.

Frelich agrees with that, and also points out that gardens and fields might not be the biggest hotspots for jumping worms. While earthworms can escape to cooler underground areas to escape deadly temperatures higher than 84 degrees Fahrenheit, the jumping worms are relegated to the top level of soil and will dry out in the heat. This means that as the worms continue their spread across the US, they will colonize cooler and shadier areas, including the forests that Frelich studies.

“What we’ve learned in my research in the last two years, I think there will be good ways to control them in gardens or to live with them. But the main damage that they might potentially do is going to be in forests, unfortunately,” Frelich says. When the worms colonize the cooler sides of hills and the forest floor, the top level of soil is more prone to erosion. Frelich reports that when a rainstorm hit Minnesota earlier in May, the top 2 inches of soil in his university’s arboretum were washed away by just 1.5 inches of rain. This was likely because of a recent jumping worm invasion.

“If [soil] washes away from massive [worm-caused] erosion, that’s a threat to forested ecosystems in hilly areas,” Frelich says. “Also, the seedlings of native plants and trees cannot get established in that loose soil because it keeps shifting while they’re trying to germinate and grow. Animals walking around like the wild turkeys pecking around in the soil can uproot plants.”

[Related: Drug-resistant fungus could be lurking in your compost]

Ultimately, Frelich says that concerned citizen scientists can still protect local forests. The jumping worms can only move up to a few hundred feet in a year, and are largely spread through mulch. This means that urban areas that use mulch in gardening or landscaping are the main target for worms at this point in time, rather than wild areas.

However, with human behavior, the worms are able to expand their range in the US and reach more vulnerable ecosystems. “People fish all over the place in remote areas and take them there as fishing bait,” Frelich says. “What we’re also worried will happen is people will take mulch or plants from their garden to their cabin, introduce jumping worms there, and then this damage could happen to remote forested areas.”

Avid gardeners’ tips for killing these topsoil invaders range from insecticides to plastic bags, and identification charts help worm hunters see which species they’re dealing with. Frelich, however, recommends that consumers try to avoid accidentally moving the worms. To avoid spreading the cocoons, wash tools, shoes, and tires between natural sites. Customers should verify that mulch and compost was heated to over 104 degrees Farenheit before purchasing, in order to kill egg casings. With appropriate actions, the spread of these advancing annelids may be slowed.