Recent wildfire smoke was so devastating, scientists used it to study nuclear winter

Every cloud has a silver lining. 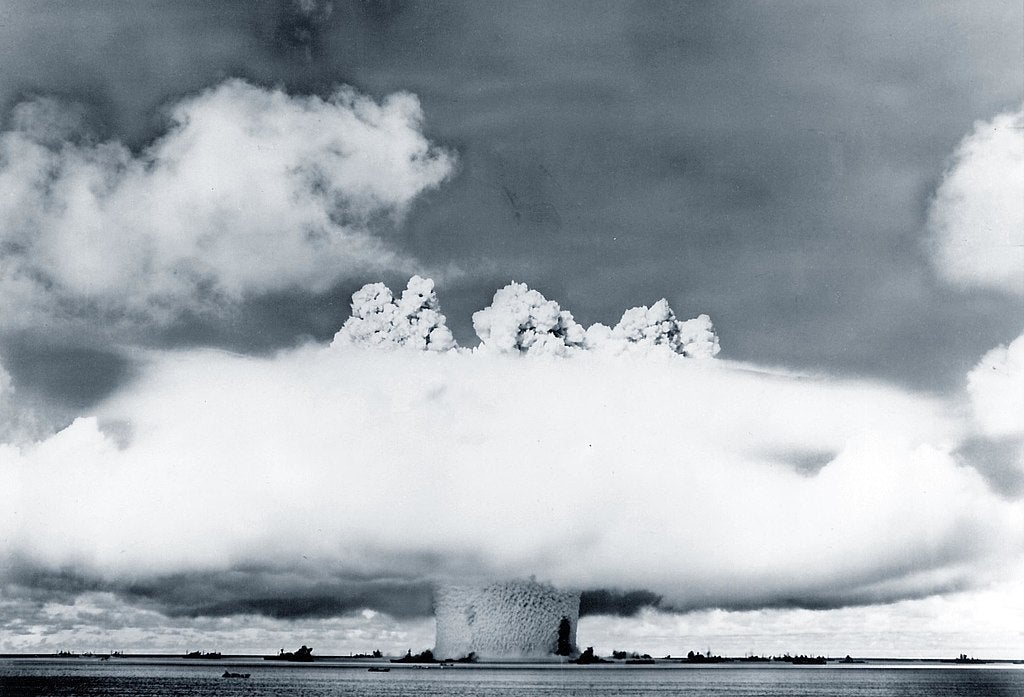 In August 2017 wildfires ravaged the Pacific Northwest, funneling enormous clouds of smoke into the sky. As the soot amassed, lifting toward the stratosphere, scientists realized they were observing the first possible test of nuclear winter theory.

“Nature did the experiment for us,” says Alan Robock, a climate scientist and co-author on a new paper published in Science who’s been studying nuclear winter since the 1980s. The 1.1 million acres burning across the Northern U.S. and Canada spawned a pyrocumulonimbus cloud. Imagine the massive, dark, powerful clouds that come with a thunderstorm—then add fire and smoke. These mega-clouds produce treacherous storms while simultaneously funneling smoke and aerosols up into the earth’s stratosphere. And in this case, researchers were able to use satellites to track its effects over the course of 8 months.

Originally the smoke settled around 7.5 miles above ground in what’s called the upper troposphere, floating above where most of our weather happens. But then the smoke began to “self-loft.” The black carbon (better known as soot) within the cloud absorbed radiation from the sun and heated particles became more buoyant. As a result, the whole thing rose up and up into the stratosphere. In just two months the smoke went from 7.5 to 14 miles above ground.

Previous work on nuclear winter—the idea that a nuclear war would result in enough smoke to impede sunlight, lower temperatures, and alter the world’s weather—predicted smoke could rapidly rise with the help of solar energy, says Pengfei Yu, lead author on the study and climate scientist at Jinan University in China. But this is the first time it’s ever been clearly demonstrated. Self-lofting is pivotal to the theory of nuclear winter, because the smoke rising into the stratosphere is what allows it to have lasting, detrimental effects. Normally, rain rinses smoke particulates out of the sky within a few days or weeks, but above the troposphere there’s no precipitation. Without rain, mega-clouds can theoretically remain in the upper stratosphere for years.

In the case of nuclear winter, the idea is that enormous amounts of smoke would self-loft into the stratosphere and spread out on the wind, creating a sun-blocking layer around much of the earth. Without rain, the smokey envelope could persist for years, causing cool, dry conditions that would disrupt food production. War between just two countries could ostensibly cause starvation around the world.

The mega-cloud from the wildfire smoke took a few weeks to reach the stratosphere, but once there it moved around the earth for more than eight months. This was around 40 percent shorter than the lifetime the researchers had originally calculated. They hadn’t expected the highly reactive oxygen molecules in the atmosphere to degrade the cloud, Robock says.

The study tracked the cloud’s behavior and composition, but the smoke plume was too small to measure or validate climate effects. “The wildfire smoke injection is [around] 10,000 times smaller than a nuclear war,” Yu says. Nuclear winter would be the result of entire cities’ worth of infrastructure and plastic burning, which would produce more soot than burning trees can. The 2017 wildfire injected 300,000 tons of soot into the atmosphere, but a war between India and Pakistan could produce 15 million tons, and the U.S. and Russia could produce the 150 million, according to estimates from Robock’s previous research. Still, this new information can help validate and improve existing nuclear conflict climate models.

In the peak of the Cold War, research from U.S. and Soviet scientists made it clear that a nuclear attack was not an isolated event, but a destructive chain reaction. There are now nine countries that possess nuclear warheads, most of which are much more powerful than bombs the U.S. detonated over Hiroshima 74 years ago, says Robock. And increased friction between the two largest arsenals, the U.S. and Russia, has led journalists and scientists to nervously reiterate the mutually assured destruction of nuclear winter. Robock hopes his team’s research will serve as a reminder of the potential consequences. “Hopefully this work is helpful in making the world more peaceful,” he says.