We don’t know what a happy chicken looks like, and that’s a big problem

Figuring out how they play could help us raise them more ethically. 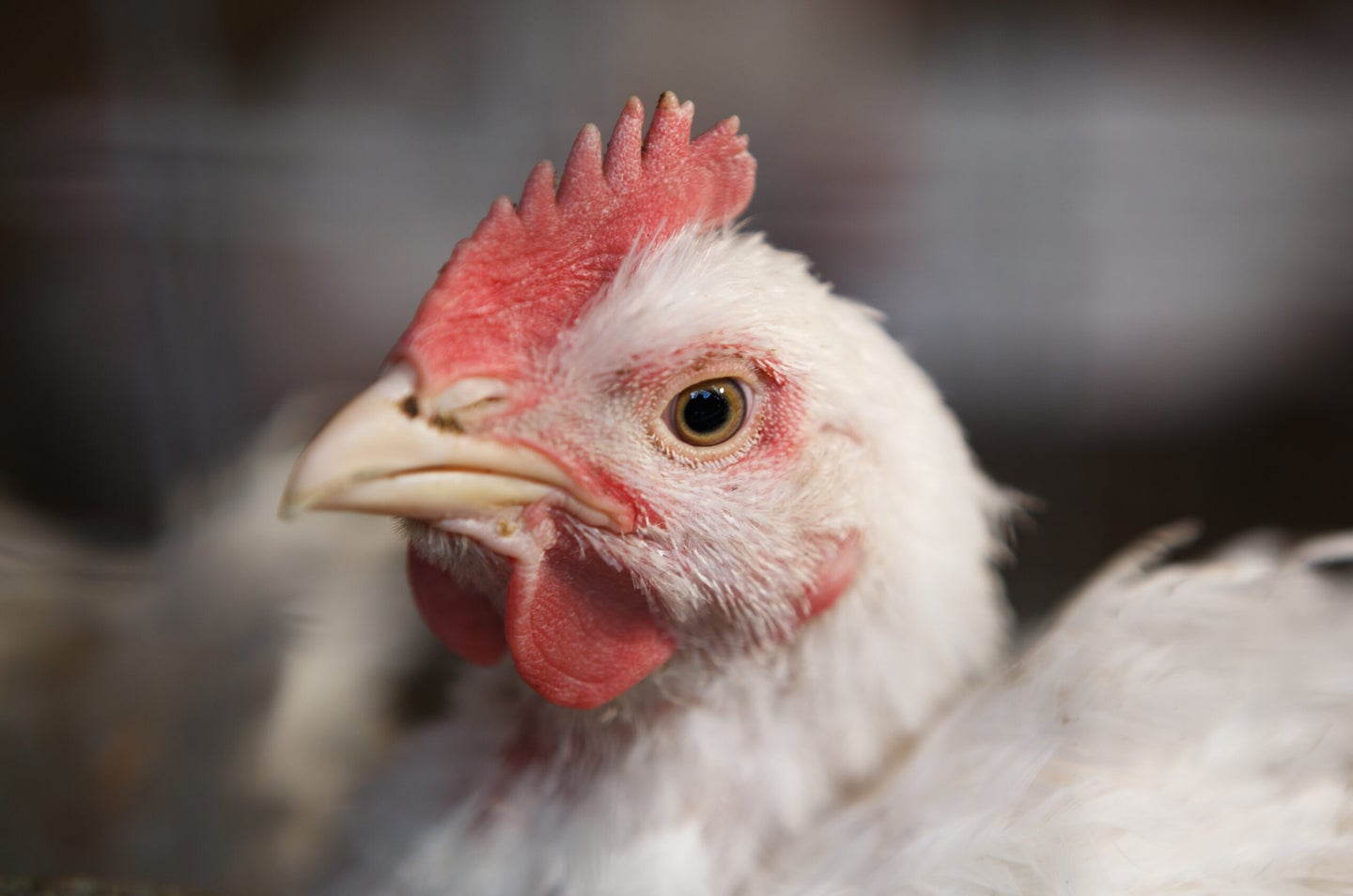 When animal welfare campaigner Ruth Harrison published a book in 1964 called “Animal Machines,” there was a public outcry. Her vivid descriptions of post-war intensive farming started a discussion about animal welfare that led to new guidelines for safeguarding animals in human care. From this, the “Five Freedoms” were born. They stated that animals should have:

The Five Freedoms are used as a way to assess animal welfare around the world, but they’ve been criticized for their focus on limiting suffering rather than giving animals a good environment to live in. The British Farm Animal Welfare Council revisited these standards in 2009 and asked a new question that has shifted the way we think about animal welfare. Does this animal have a “life worth living?”

It’s no longer enough to know if an animal is suffering, we also need to know if it’s happy. But in the absence of a big toothy grin or a wagging tail, how do we do that for a chicken?

Those studying long-domesticated animals with expressive features are at an advantage. We know that dogs are happier when they wag their tail toward the right. We know that rats laugh when they are tickled, and we know which facial expressions mice, rats, rabbits, horses, and sheep pull when they’re pain-free. But we don’t yet have a positive behavior marker for chickens—and we need one.

There are actually two types of chickens used in farming today—broiler chickens, which are raised for meat, and laying hens, which produce eggs. There is a huge demand for chicken meat and it will soon top the list as the most consumed meat in the world. In the UK alone, there were over a billion broilers slaughtered in 2018.

There are many ways of telling if a chicken is suffering. But to create truly positive environments for farmed broiler chickens, researchers must find ways of measuring their contentedness.

Identifying play behaviors in farm animals is one useful way of monitoring their welfare, although it’s a frustrating exercise for scientists. Animal play varies wildly between species. Most of the time, play wastes valuable energy and it has yet to be conclusively linked to any future benefits. It does seem that animals don’t play when food is scarce, or they’re injured or scared.

Play also appears to be self-rewarding—animals play because it feels good, which is why we believe that play is linked to positive emotions. In children, an absence of play is one of the core symptoms of depression.

Play-like behaviors in poultry were first described in the 1950s and 60s, with researchers writing detailed accounts of “sparring,” “frolicking,” and “food-running” in young birds. In the following years, they were renamed as “aggression” or “running-with-flapping.” This is probably because of the general reluctance among scientists to attribute emotion or awareness to birds. But these behaviors fit within well-established definitions of animal play and their presence in modern broilers might just be the happiness marker we’re looking for.

Improving the lives of livestock

Both sparring and frolicking are easy to spot when you’re walking down a chicken shed. A rush of white bodies moves to fill the empty space you’ve made behind you. They run wildly, flapping their wings and rapidly changing direction. It’s contagious, and once one starts they all bomb about in a flurry of nonsensical movements.

Sometimes they bump into each other and take a step back, rearing up and facing off with their neck feathers raised and their beaks almost touching. They don’t actually land any blows, it’s all bluff and they’re distracted easily by other birds or by the sight of the feeders.

Frolicking has all the hallmarks of locomotory-rotational play, which is another word for when animals jump or run about for no reason. There are accounts of this type of play in numerous animals including pigs, seals, monkeys, calves, and wolves. Sparring also appears to be a juvenile form of adult fighting, or the chicken version of rough and tumble.

Food-running is an odd behavior that resembles social object play, which is when play with another animal involves an object, like tug-of-war. It’s called “food-running” because chicks will pick up an object that’s usually shaped like a rod or a worm (sometimes a pen lid I was too slow to rescue) and run around with it making cooing noises until other birds give chase. The object moves between the group until the last one loses interest.

It was initially thought to just be chickens trying to stop another bird from eating whatever it had found, but chicks will food-run even when they’ve been raised in total isolation. They also make distinctive noises when they get the object, which is not a good way of hiding something tasty.

Hunger doesn’t seem to be related to food-running, and they do it even with constant access to food and when they are given obviously non-food items. If broilers are doing this, it may be a good sign that all their other needs have been met and they’re using energy to play.

Broiler behavior patterns have changed a lot since they were domesticated and bred for meat production. Although it’s not a chicken version of a wagging tail, these play behaviors may tell us a lot about their emotional state and could help researchers design environments that give them a life worth living.

Mary Baxter is a Research Fellow in Animal Welfare, Queen’s University Belfast. This article was originally featured on The Conversation.