Your Canon can't capture this 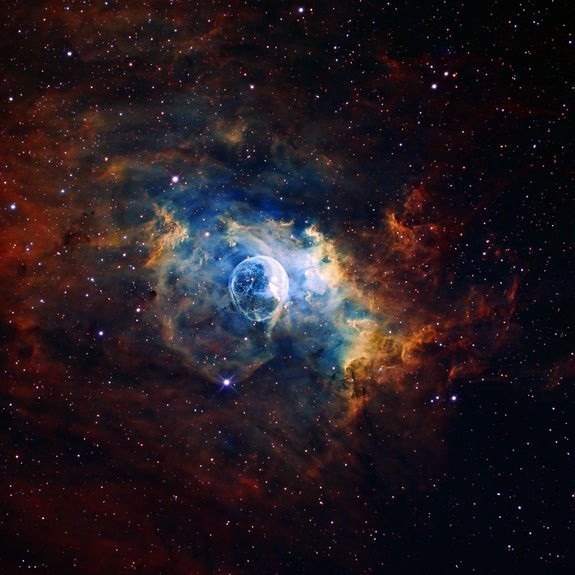 Located some 7,100 light-years from Earth in the constellation Cassiopeia, the bubble is the product of seriously strong stellar winds and radiation from a nearby star, one that is likely 10 or 20 times more massive than our sun. Essentially the atoms in the gas cloud are energized by all that UV radiation, causing them to glow and themselves emit radiation as they fall back into lower energy states.

The result is a the soft pink glow you see here. For perspective: The bubble itself is some six light-years across. That’s big. The star fueling the bubble is able to do so across such vast spans because it is nearing supernova–which means it’s likely hotter than about 45,000 degrees (and could be twice that hot) and is absolutely pouring radiation into the surrounding molecular cloud. More details on how this image was captured at SPACE.