This is how astronomically loud a rocket launch really is 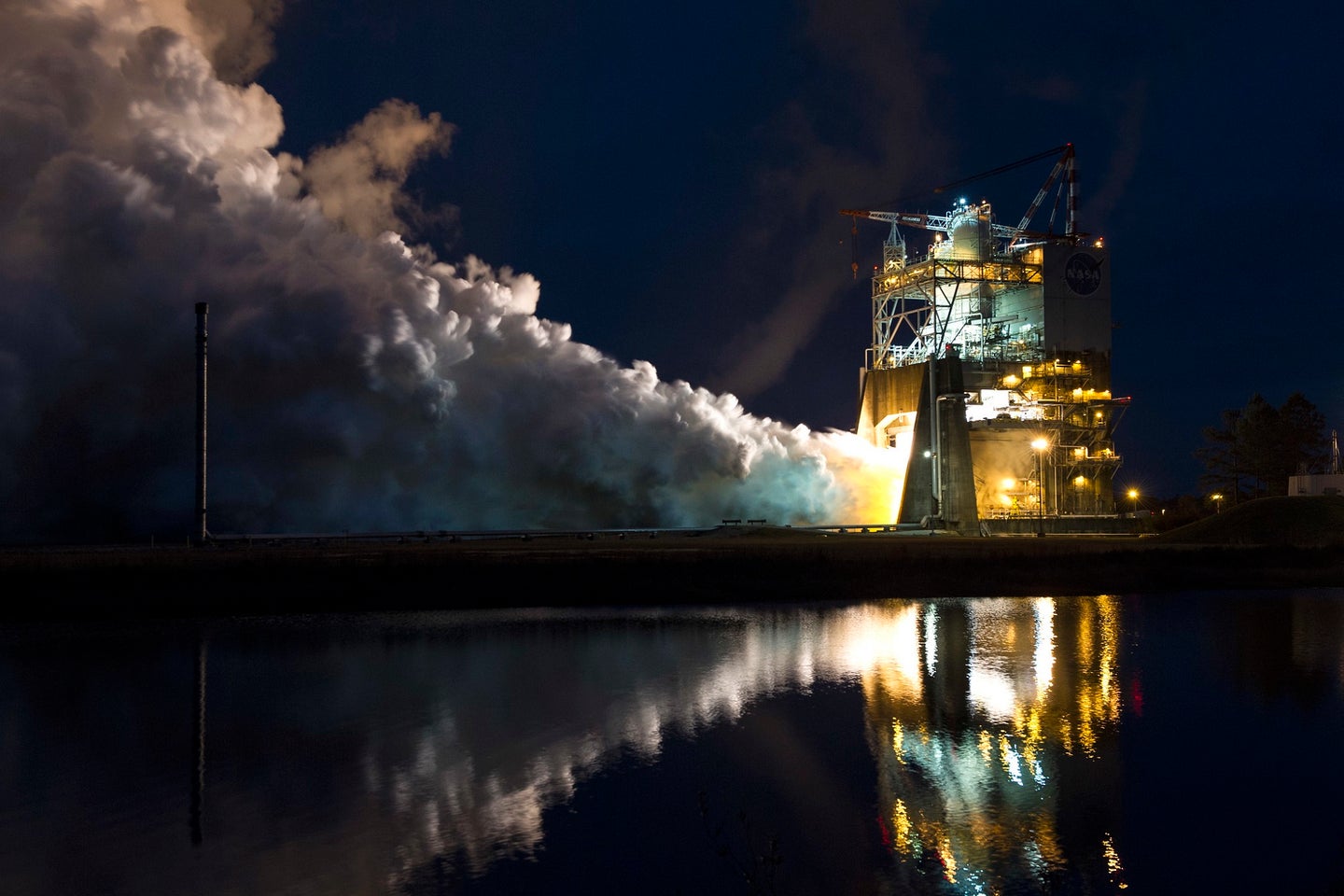 An SLS engine test in January 2022. Experts will be on site during the launch at Kennedy Space Center on August 29 to measure the power of the sound created by the rocket's launch. NASA
SHARE

When NASA’s Saturn V rocket launched humans to the moon a half-century ago, each blast-off amazed onlookers with its power. Flames from the launch dazzled. Its explosive liftoff was thunderously loud. It captured the imaginations of many around the world, and still holds a place in spaceflight lore.

Some tales of Saturn V’s power dramatize the acoustic potency of that explosive moment. Allegedly, the sound of the launch melted concrete and set nearby grass on fire.

Aeroacousticians have new calculations that confirm that any such effects were certainly not caused by the sound of the launch, described in a new paper published August 23 in The Journal of the Acoustical Society of America. But, they say, the roars of really big rockets like the Saturn V are increasingly important to understand. NASA’s latest rocket—its biggest ever, the Space Launch System (SLS)—will launch the Artemis I mission as early as Monday. Meanwhile, government and commercial spaceflight endeavors are rapidly expanding around the globe.

“If you’ve been to a launch, the acoustics are enormous,” says Kent Gee, a professor of physics at Brigham Young University and lead author on the new paper. But understanding the intensity of the sound isn’t just about what you might hear nearby a rocket launch. “If you don’t understand the acoustics produced by the rocket, you can’t design payloads efficiently,” he says, because rocket launch acoustics can cause damage to everything onboard. And that could make spaceflight unnecessarily challenging as humanity pushes deeper into the cosmos.

Rocket launch noise comes from a complex combination of sources, says Caroline Lubert, a professor of mathematics and an aeroacoustician at James Madison University, who was not an author on this new paper but has collaborated previously with Gee to reassess the last half century of rocket noise, a body of work that underpinned the new Saturn V paper. Aeroacousticians are most concerned about the vibrations caused by rocket noise, which can damage the craft, its payloads, or even launchpad structures. Those structures can also magnify rocket acoustics by reflecting sounds.

And with spaceports cropping up in new places across the globe, Lubert says, noise pollution from launches is a growing concern for surrounding communities and wildlife.

New calculations to predict how noisy a launch will be are in order. Many of the ideas about the acoustical power of rocket launches is based on noise research that was done leading up to NASA’s Apollo program in the 1960, Gee says. And some of that older information was based on observations rather than directly recorded data. Determining the actual impact of the Saturn V launch allows engineers to draw direct comparisons between that lunar launch and the upcoming ones.

When Gee and colleagues were investigating the historical records of rocket launch acoustics, he found that the reports about Saturn V’s launch sound levels varied dramatically. Some reports suggested that the sound levels of a Saturn V launch were as low as 180 decibels, while others reported as high as 235 decibels. (For context, commercial jet engines range from about 120 to 160 decibels.) And, because that is a logarithmic measure, every 10 decibels is an order of magnitude increase.

“Putting that in the perspective of a lightbulb, that’s like saying that a 10-watt lightbulb and a mega-watt lightbulb are the same thing,” Gee says. “People really didn’t have a good understanding of what the levels were and what they were saying about those levels.”

Part of the challenge when evaluating sound, Gee explains, is that there are two different things measured in decibels: sound power and sound pressure. Sound power, he says, refers to the total amount of sound energy produced by the rocket. Sound pressure, on the other hand, is the amount of sound that reaches a given distance. The farther away from the source of a noise, the quieter it is and therefore the less sound pressure at that point.

It’s likely that some of the reports of lower decibels emitted from a Saturn V launch come from measures of sound pressure rather than sound power, he says.

[Related: NASA recorded a black hole’s song, and you can listen to it]

When Gee and his team made a computer model of the sound power of a Saturn V launch based on the rocket’s thrust and other characteristics, they found that it would have produced about 203 decibels of sound power. That’s really, really loud—but not loud enough to melt concrete or start a grass fire. “Mankind has not produced a sound source that would be capable of that, purely from the sound waves,” Gee says. For a comparison, he says, the acoustics of a Saturn V launch would be the same amount of sound as about 700 military aircraft flying simultaneously.

Gee and his team expect the SLS launch of Artemis I to produce a similar amount of sound power to the Saturn V, perhaps one decibel higher. “There’s a little bit more thrust and a little bit more power produced by the rocket as it launches, we would use that and the modeling that we’ve done previously,” he says, “we would take that same approach and that would suggest that the SLS will be a little bit louder than the Saturn V.”

But it’s also possible that SLS ends up being more muffled due to NASA’s modern noise-suppression system, Lubert says. “We’ve done other things to compensate [in the half a decade since the Saturn V launched],” she says. “There’s so much variability and a lot of uncertainty in predicting vibroacoustic load.”

On Monday, when the SLS is slated to launch Artemis I, Gee and his team will be nearby. They’ve set up sensors at strategic points selected based on their Saturn V research, ready to check whether NASA’s most powerful rocket yet will also be its noisiest.