Ash traced back to an Ethiopian volcano suggests the remains are at least 233,000 years old. 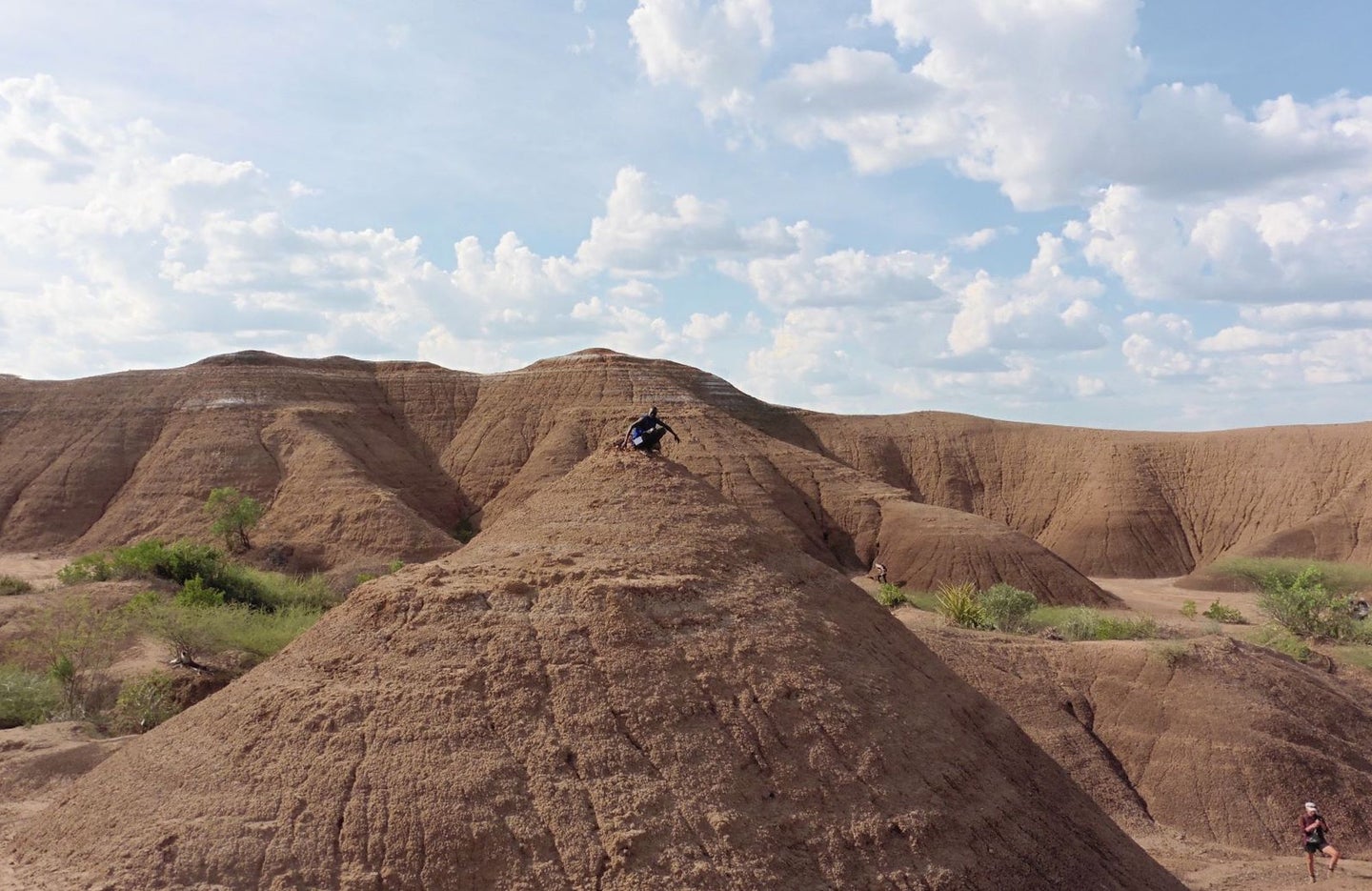 Ethiopia's Kibish Formation was home to some of the earliest human ancestors, due to its rich volcanic topography and soils. Céline Vidal
SHARE

A new analysis has pushed the age of the oldest known Homo sapiens fossils from eastern Africa back to more than 230,000 years.

The remains, known as Omo I, were discovered in sediments sandwiched between layers of volcanic ash in Ethiopia in the late 1960s. Previous estimates dated the fossils to around 197,000 years old. However, a detailed examination of ash from the site and from distant volcanoes indicates that Omo I is even more ancient, an interdisciplinary group of scientists reported in Nature today.

“This work is important in demonstrating that the Omo I skeleton is pretty certainly more than 230,00 years old,” Chris Stringer, a paleoanthropologist at the Natural History Museum in London who has also studied the remains, said in an email.

The mysterious Omo I consists of pieces from a single skull that reveal a tall cranium and chin—features distinctive enough to identify it as a member of Homo sapiens on discovery, says Céline Vidal, a volcanologist at the University of Cambridge and coauthor of the most recent findings. The remains were found in the Kibish Formation of the lower Omo valley in southern Ethiopia, an area that was very volcanically active at the time when it was inhabited by early human ancestors.

Nonetheless, the rift valley would have been an appealing place to live during this era, as it was filled with lakes and woodlands. The volcanoes would have created fertile soil and plenty of obsidian rock to craft into tools. The valley “provided resources for the species to thrive,” Vidal says.

It’s difficult to determine the age of poorly preserved bones directly, Vidal says. Instead, researchers have investigated Omo I’s surrounding environment. Earlier efforts have focused on a layer of volcanic ash near but not above or below the fossils, which yielded an age just under 200,000 years old. “But the big uncertainty is the position of this ash layer relative to the fossils,” Vidal says.

More tantalizing is a six-foot-thick layer of ash not far above the sediments that encased Omo I. This deposit is clearly somewhat younger than the fossils that lie beneath it, but pinning down its age has proven challenging. The material has a consistency like flour, making it too fine for scientists to analyze using a technique called radiometric dating.

However, they could determine the composition of the ash. “Every volcanic deposit has its own fingerprint, its own chemical signature,” Vidal says. If researchers could identify the volcano responsible for the fallout, they might be able to find chunkier rocks from the same eruption elsewhere that could be more easily aged.

Vidal and her collaborators tackled this question by investigating major volcanic eruptions that took place in Ethiopia from 300,000 to 60,000 years ago. “The broader significance of this project was to figure whether those big eruptions had an impact on the evolution and migration patterns of the Homo sapiens back then,” she says.

[Related: Is it time to change the way we talk about human evolution?]

To gauge the size of the eruptions, Vidal and her team sampled ash from various sites around the country, including the Kibish Formation. They found that the chemical fingerprints of the ash layer above Omo I matched that from an explosive outburst of the Shala volcano about 217 miles to the northeast.

By analyzing fist-sized pumice rocks in the volcano’s vicinity with radiometric dating, the researchers calculated that the eruption took place around 233,000 years ago. This indicates that the ash layer above Omo I is also 233,000 years old, so the ancestral fossils must be even older. Given how massive the eruption was, Vidal says, it’s not surprising that fresh, fine ash was carried hundreds of miles away.

Based on genetic data, scientists have estimated that Homo sapiens diverged from other early hominins between 350,000 and 200,000 years ago. Having a minimum age of 233,000 years for Omo I “makes sense with this model,” Vidal says. Another set of fossils from Morocco has been dated to 315,000 years old, although Vidal says they do not possess certain features found in Omo I and later humans, including the tall cranium and chin.

The next step, she notes, will be to determine a maximum age for the fossils by repeating the analysis with samples of fine ash from layers beneath them. The researchers also hope to fine-tune estimates for the age of the second-oldest modern human remains in the region, known as the Herto fossils, which come from northern Ethiopia and are estimated to be roughly 160,000 years old.

“There’s a big gap in between the eruptive history and the archeological history which we’re very slowly filling in,” Vidal says.