Ask Us Anything: Why can’t we burn our trash in volcanoes?

They aren't the perfect incinerator. 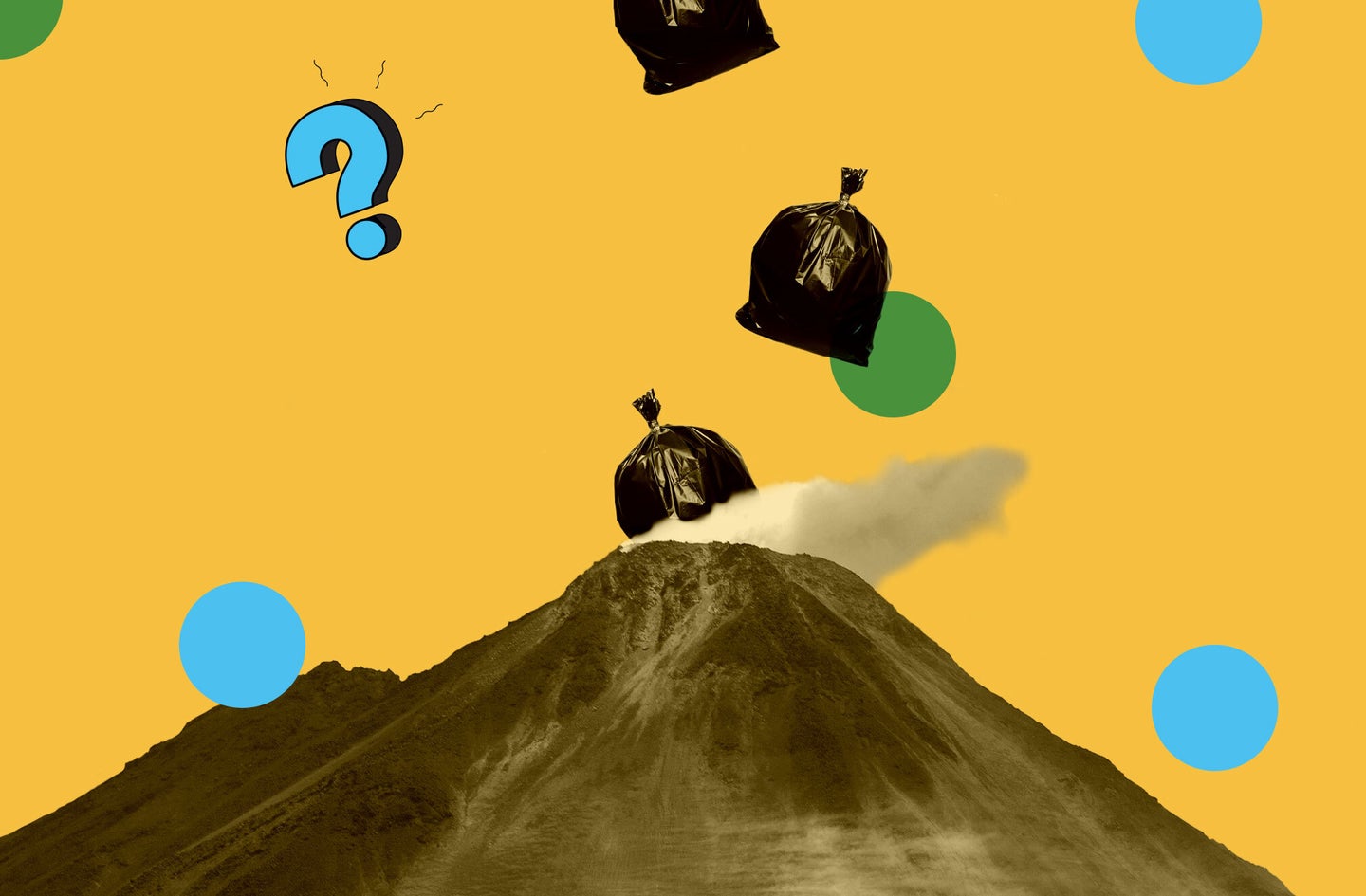 At first glance, a volcano’s hot lava seems ideal for incinerating our trash. But, like so many things in science, it’s so much more complicated than that. And the short answer is, the effort might not be worth the reward.

If you did try to turn a volcano into a dump, you would likely run into a number of obstacles. First, humans produce a lot of trash. Americans alone generate, on average, about 4.9 pounds of junk per person per day. That’s 292.4 million tons of waste in total for the US annually, according to the Environmental Protection Agency’s most recent report in 2018.

In addition to the giant load of trash we create, volcanoes ideal for rubbish dumping aren’t exactly easy to come by. The ideal trash incinerator would be one that erupts slowly and ever so gently spews hot lava onto the surrounding area. Those are called shield volcanoes, and they are common in Hawaii. An ideal example is Kilauea, which is located on the Big Island and is one of five volcanoes that together form the Big Island. Unfortunately, the majority of volcanoes on Earth are stratovolcanoes.

The last obstacle is a big one: Getting too close to hot lava is downright dangerous.

For more details on this exhilarating albeit dangerous hypothetical journey from dumpster to volcano and back listen to this week’s episode of Ask Us Anything.

Ask Us Anything
podcasts
trash