Young harbour seals can switch up their tone of voice for added drama. 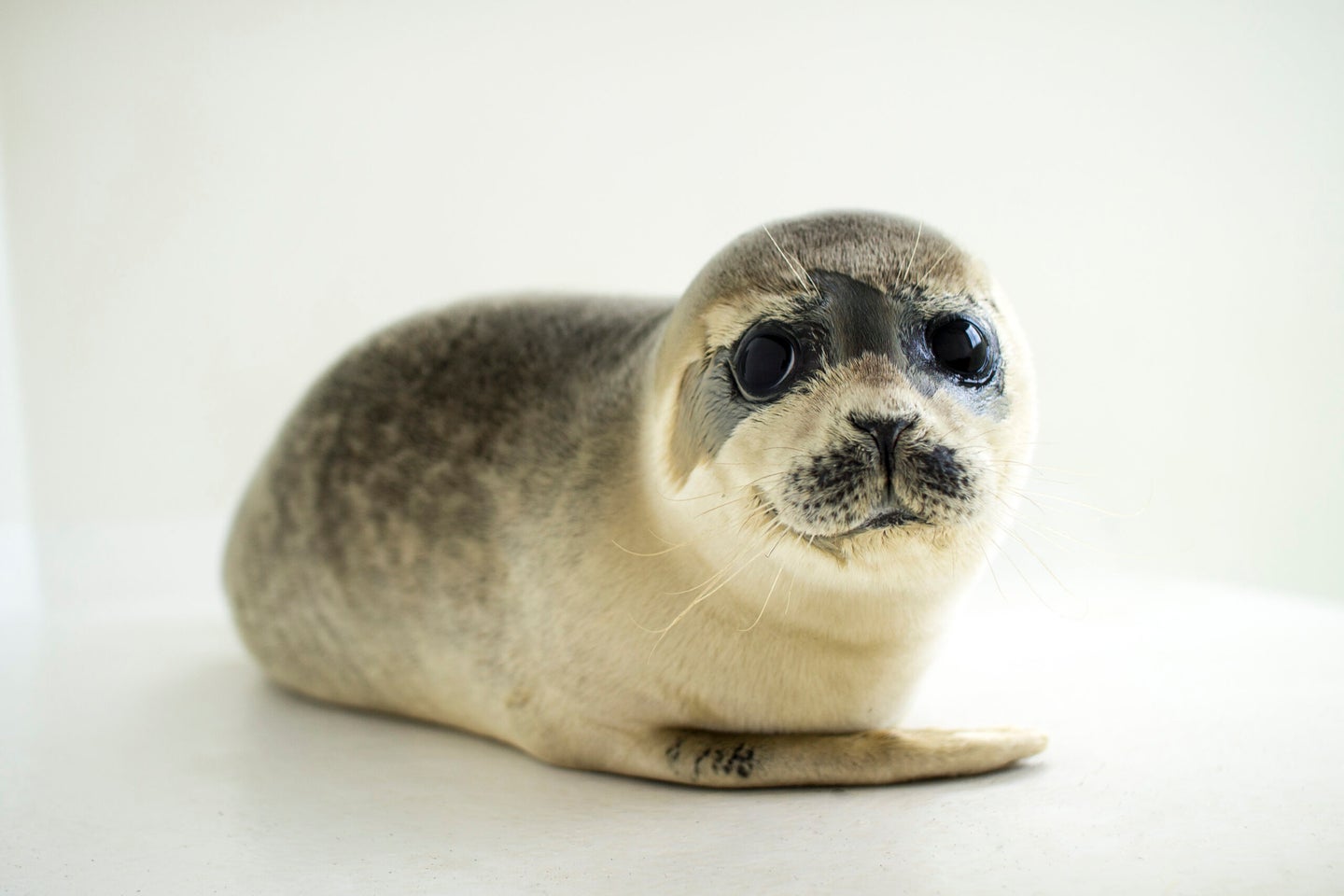 From their first weeks of life, harbour seals can change the tone of their voice to make themselves heard. That suggests that seals, like humans, know that they can use their voices to communicate, says Yannick Jadoul, a coauthor of recent research in the Philosophical Transactions of the Royal Society. “They have an idea that they’re communicating, and have a will to communicate.”

Under the right circumstances, seals have been shown to display parrot-level mimicry. A harbour seal named Hoover was found and raised by a Maine fisherman, and spent his adult years in an aquarium hollering at visitors in a thick New England accent. And two years ago, a team at the University of St. Andrews in Scotland taught a grey seal to sing the “Star Wars” theme.

“If you go look around the animal kingdom, there aren’t so many species that can do that,” says Jadoul. Bats, whales, and songbirds can match pitch, and the talent seems to be more common in social, underwater animals. “But then our closest relatives, the great apes, they don’t do it.”

Jaboul notes that attempts to teach apes the basic building blocks of human speech, like pitch, have fallen flat. “So something happened there during evolution for humans that made it very important for us to learn that, and made us very good at it. And it turns out that seals can also do it.”

[Related: These fuzzy lemurs have a human-like ability to sing on beat]

The research is part of a larger project to understand how exactly the toolkit of language and even music evolved. One of the study’s authors was involved in other recent research that found that a species of lemur seems to keep a beat when it sings—a skill that was once thought to be unique to humans.

But those famous singing and talking seals were adults who had spent significant time around people. This research looked instead at one to three week old orphaned seal pups who were being rehabilitated at a wildlife center before being released into the wild. By looking at pups, Jadoul says that the team can see that the animals have an innate ability to play with pitch and don’t need to be taught it by humans, or even other seals. “It’s interesting to see that a seal pup can do it,” he says. “It’s not learned over time, or by interacting with others. It’s something intuitive.”

In the experiment, the researchers played progressively louder recordings of a windy beach for the young seals. They also modified the recording so that it only contained sounds in the same frequencies as seal calls—essentially tuning it to drown them out. (The team kept the sounds relatively quiet and veterinarians monitored the pups to make sure they weren’t too stressed.)

In the wild, the baby seals would be calling on a crowded beach, probably to get their mother’s attention. “That’s why we’re interested in pups, because that’s one of the rare periods when seals actually vocalize. “

In response to the loud sounds, the young seals deepened their voices to hit a pitch below the background noise. It’s not uncommon for animals to make themselves louder in response to noise, but a change in pitch suggests something even more unusual is going on.

“It is a strong indication of sophisticated control,” says Jadoul. To shift pitch, the seal has to not only recognize that its sounds are being drowned out, but has to have control over the muscles of its vocal cords. And that, he says, is a suggestion that even these young seals may be able to imitate other sounds.