This bone-eating dinosaur was constantly losing its teeth

And the evidence is scattered all over Madagascar. 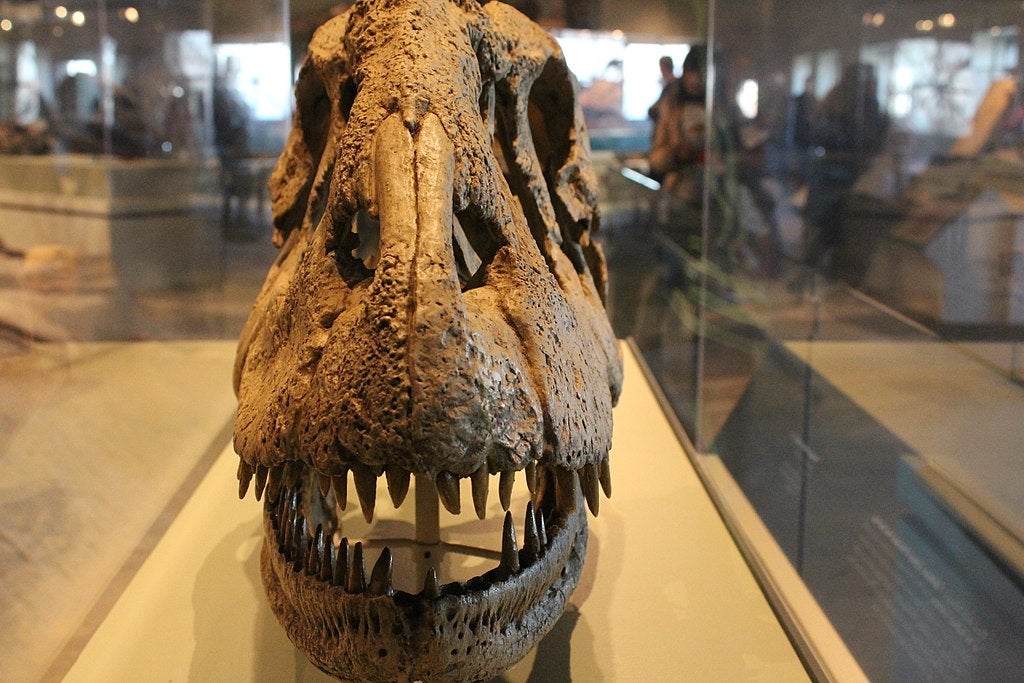 These guys shed teeth all over. BleachedRice Via
SHARE

Majungasaurus never needed dental work. If it had tooth problems, it just had to wait a couple of months. A new study of the carnivorous dinosaur who lived during the Late Cretaceous period, about 70 million years ago, demonstrates that it grew a whole new set of teeth about every two months. That’s the fastest replacement rate of any carnivorous dino identified to date.

Majungasaurus lived in what is now Madagascar, in a world populated by giant crocodilians with heads shaped like toilet bowls, long-necked herbivorous sauropods, and hundreds of birds. “It was a fairly harsh environment at times,” says paleontologist Andrew Farke of the Alf Museum of Paleontology, who was not involved in the study. Late Cretaceous Madagascar had pronounced wet and dry seasons, leading to periods of feast or famine. Somehow, in this world, it made sense to lose your teeth every two months—at least for Majungasaurus.

Stony Brook University, where the paleontologists who discovered Majungasaurus worked in the 1990s, boasts a huge collection of the dinosaur’s teeth (and a 21-foot-long replica skeleton in the lobby of its administration building). That plentiful array allowed researchers to get CT scans of 52 individual teeth and 15 Majungasaurus jaw pieces containing chompers, which showed them how the teeth formed and how they fit into the mouth. But it didn’t show them how long they took to grow—for that, they had to physically take apart 19 of the teeth they’d scanned. “You cut it the same way a jeweler would cut a gem,” says study author Michael D’Emic, an Adelphi University biologist.

After sectioning the teeth very thinly and mounting each section on a slide, he says, it’s possible to look under a microscope and see the tooth rings, which represent a specific rate of growth—just like the rings of a tree. Previous research has demonstrated that one line represents one day of growth in most dinosaurs. “We basically used our many cut-up teeth as stand-ins for the ones we saw in the jaws,” says D’Emric. By doing some math, they could estimate how long it would take the teeth in the jaws they scanned to form.

The results suggest that Majungasaurus cycled through chompers every two months, which is double the next-closest rate previously seen in carnivorous dinosaurs. This speed parallels what we’ve seen in herbivorous dinosaurs, says D’Emric. Scientists think those creatures went through teeth fast, at least in part, because they were grinding up lots of fibrous plants. Carnivorous dinosaurs, on the other hand, tore into the relatively soft meat of other animals. He and his colleagues think that Majungasaurus must have eaten bones, which would have created a similar level of wear-and-tear.

If the thought of losing your teeth every two months is giving you the creeps, don’t panic: Majungasaurus wasn’t shedding the kind of built-to-last hunks of bone found in human adults. “[The dinosaur’s] teeth individually are not very durable and are low quality,” says D’Emric. They don’t have much enamel, for instance, which is the hardest (and hardest-to-grow) part of modern mammalian teeth. Dinosaurs took a use ‘em and lose ‘em approach, just like crocodiles and alligators still do today. That’s why Stony Brook was able to amass such a huge collection of Majungasaurus teeth in the first place, says D’Emric: They left a lot of them lying around.

Those scattered dino teeth still have plenty left to teach us, says Farke, and studying them could tell scientists a lot about how the creatures lived. “Teeth are one of the most fundamental ways by which an animal interacts with its environment,” he says. “If you want to live, you’ve got to eat.”

Farke says the Majungasaurus study, which also looked at smaller samples of teeth from two other carnivorous dinosaurs, is a good start. But to truly understand what was going on in the mouth of this animal millions of years ago, and how it lived, he says more research, as always, is needed.

“I think the authors did a good job of collecting as big a sample as they could,” he says. “But the picture always gets more complex when you get more things added in.”