Too impatient to meditate? A mild shock to the scalp could help.

The benefits of being mindful take time, but there might be a way to speed them up. 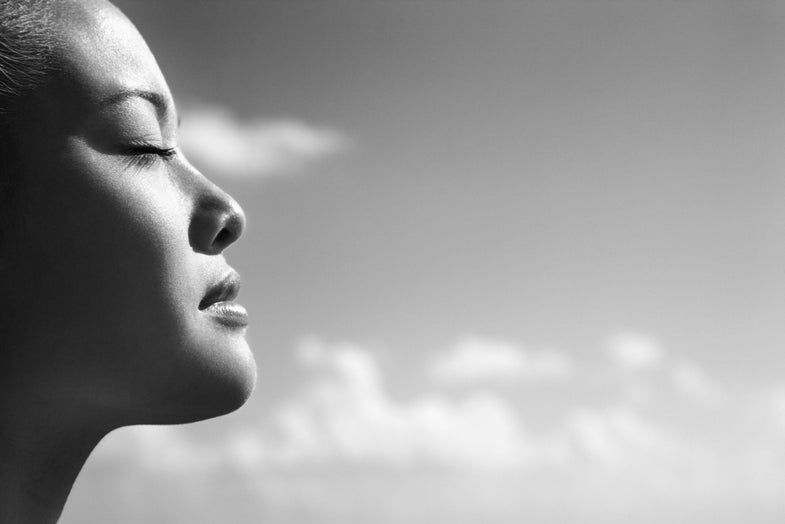 Meditation is one of the few things that so far has been shown to be almost exclusively good for us. While the field is in its infancy, research suggests it might help boost focus and concentration, reduce anxiety, alleviate depression, and enhance empathy and compassion. Scientists don’t know exactly how meditation has these effects (nor how big of an impact they might have) but they think it works by changing the structure and function of several critical brain regions, including areas involved in learning and memory and emotion regulation. Perhaps best of all, meditation is free (given you know how to do it properly) and has virtually no negative side effects.

But despite its seeming simplicity (just empty your mind and focus on your breathing) and potential benefits, meditation is much easier said than done. A small cadre of researchers is exploring whether a technology called transcranial direct current stimulation (tDCS) can help make meditation easier and get more people to do it regularly. All you have to do is put two electrodes on your forehead and deliver a mild shock to your brain.

Most people who try meditating quit, says Bashar Badran, a neuroscientist at the US Army Research Lab and co-founder of the company Bodhi NeuroTech that’s pairing meditation with tDCS. “They’ll put on some headphones with an app and they’ll try it and they’ll say, ‘oh I didn’t feel anything,’ and they’ll quit.”

The paired technique they are researching, tDCS, is a type of noninvasive brain stimulation that came on the scene in 2001. It involves attaching two electrodes to the scalp, one that delivers a positive electrical charge to the brain and the other, a negative one. Changing the electrical frequency of the brain makes neurons—which communicate with one another through electrical signals—more or less likely to fire, and over time this can rewire the connections in the brain.

Scientists are researching tDCS for its potential to treat a host of different neurological and psychological disorders, including depression, chronic pain, Parkinson’s disease, addiction, and insomnia. Several companies also sell tDCS devices directly to consumers with claims that it can enhance alertness, focus, energy, and even athletic ability. However, none of these assertions have been proven, and tDCS is not yet approved by the FDA for the treatment of any disease.

The technology’s most well-backed benefit seems to be in enhancing learning. By adding a low dose of electricity to the brain, the positive charge from tDCS ostensibly makes it more likely that the cells will fire. That added electrical boost can be especially useful when trying to learn a new skill, which requires your brain to make new connections between cells that may not be used for communicating. Learning to meditate is just like learning any other skill, so it’s feasible that tDCS could help with the process.

One important caveat to the research is that no one is really sure how well tDCS works. A debate is raging in the field about whether the electrical current can actually penetrate the scalp enough to have any effect on the brain. Plus, it’s hard to confirm if you’re really hitting the area of the brain you think you are. However, Badran and other tDCS researchers say they are confident in the effects and results they see.

In mindfulness, one of the most popular types of meditation practiced in western cultures today, your attention is focused on the present moment with an attitude of curiosity, openness, and acceptance. Neuroimaging studies show that regular practice can increase the volume of several key areas of the brain, including the right insula. This region is involved in interoception, the perception of your body and how you’re physically feeling. Meditation also decreases activity in the default mode network, a system of connected brain regions that turns on when our minds start to wander and is involved in thinking about ourselves and our relationships. Research suggests that high activity in this network is linked to feelings of unhappiness. By turning down activity in the default mode network while turning up activity in the insula, mindfulness meditation may help you stop obsessing so much about yours and others’ perception of you and start being more present in the moment. In other words, stop listening to your brain and start listening to your body.

“What we see [with mindfulness meditation] is this improvement in attention and cognitive control. We see improvements in emotion regulation again and again and again. And then we see this kind of change in self-related processing that is a reduction in rumination and self-referential processing,” says Zev Schuman, Director of the Center for Mindfulness and Compassion at Cambridge Health Alliance, an academic community healthcare system affiliated with Harvard Medical School. “We also see an increase in interoception, which is this capacity to be able to get back in touch with body sensations [and] feel your body.”

Badran and his partner at Bodhi NeuroTech, Baron Short, an associate professor of psychiatry at the Medical University of South Carolina, think that tDCS can help speed up these positive changes. In their first study, published last year, they led novice meditators through a 20-minute guided mindfulness meditation session while increasing electrical activity in the right insula and turning down activity in the default mode network. To do so, they placed the positive electrode over the right temple, which sits above the insula, and the negative electrode over the left eyebrow to target the medial prefrontal cortex, which is part of the network. Participants reported feeling significantly higher levels of “acting with awareness” after meditating with tDCS compared with meditating without it, but other changes in mood were not significant.

The benefits of meditation typically don’t emerge until someone has been practicing regularly, so it’s not surprising that people didn’t experience a mood boost after a single session. Badran and Short are still hopeful that the stimulation will help people feel the effects of meditation more quickly so they’ll be more inclined to stick with the practice without the discouragement of it potentially not working. “This method helps people feel still, feel calm. A lot of people [anecdotally] report that their mind stops wandering, they have mental clarity, and they want to do it again. And that’s really what we’re going for,” says Badran.

The two scientists aren’t the only ones exploring the union of meditation and stimulation; Clark is also researching whether tDCS could enhance some of the therapeutic benefits of meditation. “Mindfulness shows a lot of promise but the effect tends to be really small. By combining it with brain stimulation we’re hoping that we can get more benefit out of it,” he says. “For everything else being equal, the same amount of time and effort and so on will produce more effect if we can help alter brain function with stimulation at the same time as people alter brain function with mindfulness.”

In his latest study, Clark is looking at whether mindfulness meditation and tDCS can help people with alcohol problems drink less. The research isn’t published yet, but he says so far participants who receive both tDCS and meditation are more likely to stick with the program and come to more sessions than people who receive meditation alone. This hints at Badran and Short’s theory that tDCS can help beginners stick with meditation more easily. It’s too early to say whether the sessions can also help reduce drinking.

While you might not be able to go the brain stimulation route just yet, practicing meditation on your own can’t hurt and might even help. And if you need a little help, a more common pairing of technology and meditation are apps like HeadSpace and Calm. But all of them center around the same ritual: Close your eyes, clear your mind, and focus on your breathe.