Government workers with autism may go unpaid, despite their valuable contributions to science

A volunteer program by USGS could provide setbacks for students seeking independence. 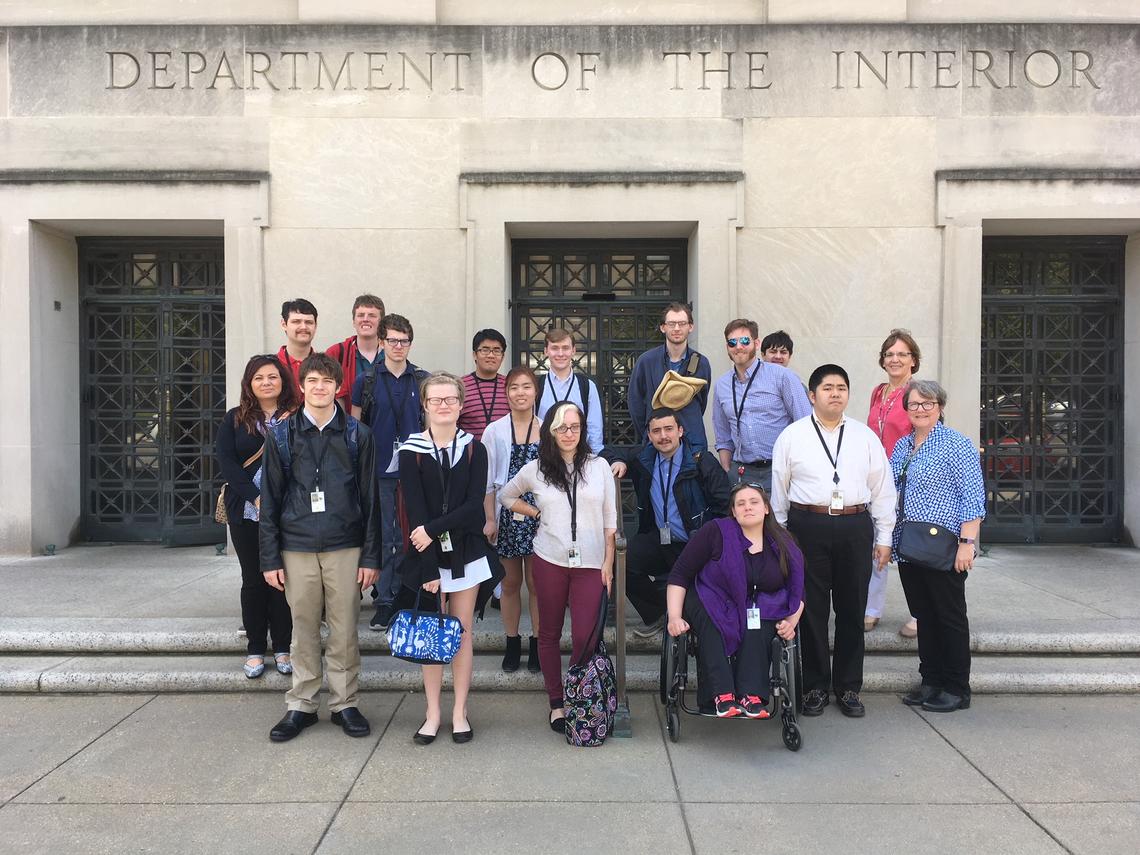 Twenty-two years after a Ross’s goose hatched from an egg in Saskatchewan, Canada, it was shot somewhere in California. Scientists collected the metal leg tag to have it added to a searchable database—one of 77 million entries for the U.S. Geological Survey (USGS) Bird Banding Laboratory.

The fact that we can learn the story of a 22-year-old goose today is due to a large effort to digitize millions of avian profiles from paper and microfilm. Contractors did much of the labor, but a group of college-aged students also played a significant role by uploading 500,000 Bird Banding Laboratory records. The contractors made $1 per record. The students, who were autistic, earned nothing.

Launched in 2012, the USGS STEP-UP program uses students on the spectrum for a myriad of projects, including typing up records from tagged birds, sorting microfossils, identifying species on trail-cam

era images, cataloging rock cuttings, and more. The program has expanded its bounds in recent years, from a single school to partners in Denver, Salt Lake City, Monterey, and other cities across the country. To date, it’s enrolled 195 individuals.

The students, aged 18 to 22, spend up to five days a week for a year or longer on their volunteer gigs. Many are simultaneously earning non-standard high school diplomas with their school districts; some are working on post-secondary certificates.

But while STEP-UP is meant to help pave the way to science-based careers, the unpaid program could prove to be a setback for those it serves. The period after high school is a particularly challenging time for young adults with autism: Many social services are cut off, and opportunities for employment and higher education are often limited. Nation-wide surveys show that two-thirds of autistic high school graduates can’t find a job or enroll in college within two years. Only 35 percent eventually head off to college, and a smaller fraction earn their degrees and end up in the work force.

“The fact that the existence of autistic adults was not acknowledged by the psychiatric establishment in America until the early 1990s means that there is still shockingly little infrastructure already in place to help young autistic people make the transition from education to the workplace,” says Steve Silberman, author of NeuroTribes: The Legacy of Autism and the Future of Neurodiversity.

Transitional programs like STEP-UP are designed to teach participants job skills. The USGS states that the program increases volunteers’ “future financial independence”—but Silberman notes that “many existing programs are framed as forms of charity, rather than as training for creative, rewarding, and fairly compensated careers.” This, he says, is “despite the fact that some autistic employees may perform better than their neurotypical colleagues when doing the same jobs.”

In fact, STEP-UP volunteers did perform better than paid contractors, with an error rate of 0.3 percent compared to 3 percent. And they found errors in the work of others. They also converted major troves of data: One student’s work on mapping oil well pads was so significant, he was listed as a co-author on a scientific publication in 2016.

David Craig, a professor at Willamette University who runs a community science project tracking Caspian terns, draws information from the very BBL database that the autistic students helped to digitize. He recognizes the “particular talents, skills, and energy” that those on the spectrum can bring to scientific research.

“We need a neurodiverse workforce,” Craig says. “The STEP-UP program is making unique contributions in training talented people that can join us in the joys and struggles of bird research and conservation.”

There are few institutions that train autistic students in STEM fields (despite the youth’s interest), making unpaid opportunities more alluring. The USGS also offers the prospect of hiring volunteers once they age out of the program at 22. So far, nine of the 45 students who have completed this program have come on permanently, while 20 others have found employment elsewhere, says Hannah Hamilton, a public affairs specialist with the agency.

The issue, however, is the lack of pay during prolonged training. When the USGS’s volunteer program came to light on social media, many people expressed outrage at what they perceived to be exploitation of a vulnerable, adept community. But the problem of low or unpaid labor is a regular dilemma for individuals with disabilities, both in and outside of the scientific sphere.

“It’s a pervasive problem in society as a whole when accommodations for employees with disabilities are seen as favors for people with ‘special needs’ or expressions of the employer’s benevolence, rather than as ways to tap the most skilled workforce and ensure that every employee is given what they need to succeed,” Silberman says.

Given the right paid opportunity, STEP-UP students could go from translating cryptic numbers and notes to being the scientists who band fluffy goslings in the Canadian wilds.