The psychology behind our love of Christmas movies

Holiday movies offer viewers a glimpse into the world as it could be. 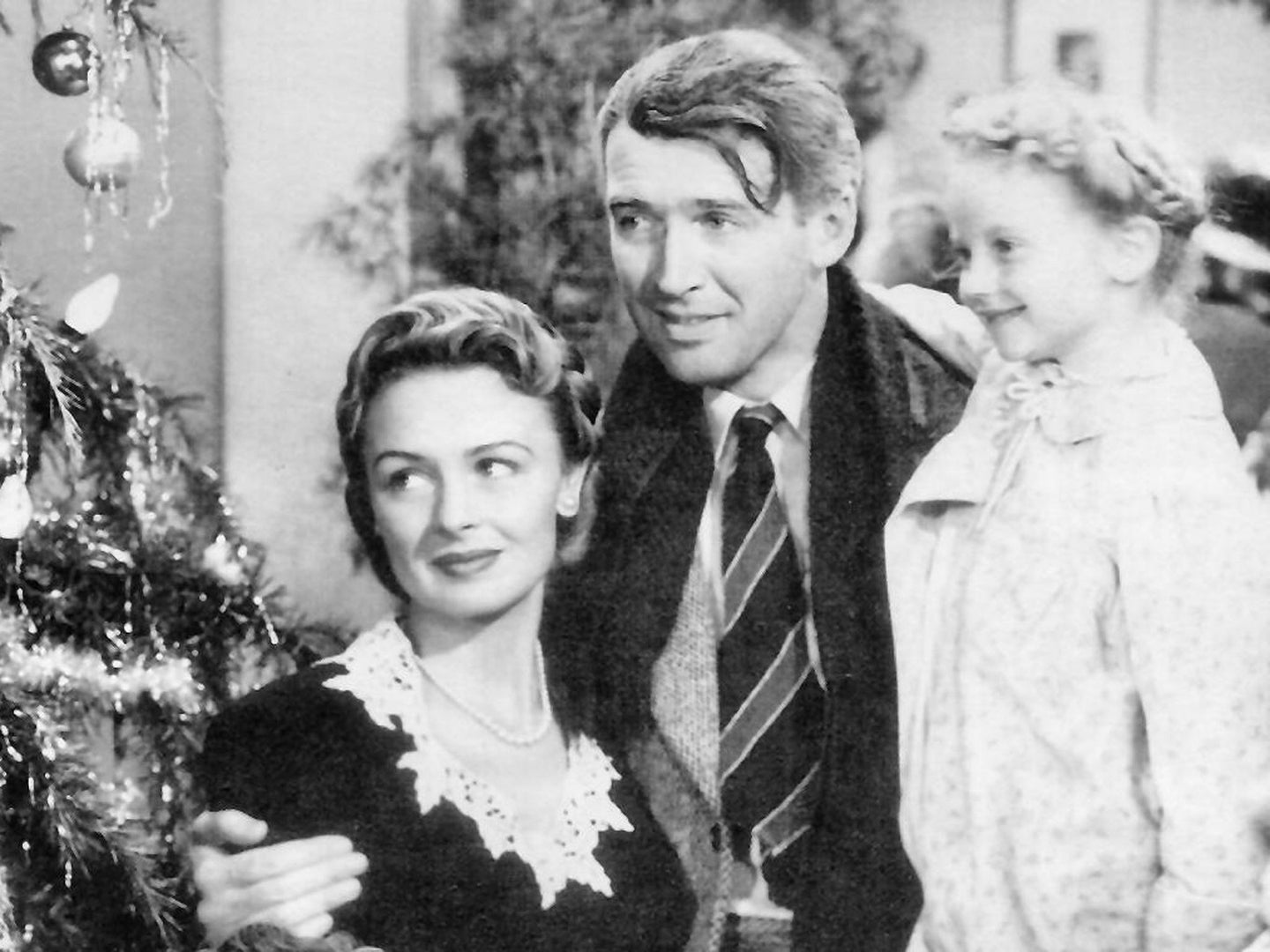 A still from the 1946 classic ‘It’s A Wonderful Life.’. National Telefilm Associates
SHARE

If you are one of those people who will settle in this evening with a hot cup of apple cider to watch a holiday movie, you are not alone. Holiday movies have become firmly embedded in Americans’ winter celebrations.

The New York Times reports a massive increase in new holiday movies this year. Disney, Netflix, Lifetime and Hallmark are now in direct competition for viewers’ attention, with both new releases and reruns of the classics.

Holiday movies are so popular not simply because they are “escapes,” as my research on the relation between religion and cinema argues. Rather, these films offer viewers a glimpse into the world as it could be.

This is particularly true with Christmas movies.

In his 2016 book “Christmas as Religion,” the religious studies scholar Christopher Deacy states that Christmas movies act as a “barometer of how we might want to live and how we might see and measure ourselves.”

These movies offer a variety of portraits of everyday life while affirming ethical values and social mores along the way.

The 1946 classic “It’s a Wonderful Life”—about a man who longs to travel but remains stuck in his childhood town—represents visions of a community in which every citizen is a vital component.

Another movie commonly replayed this time of year is 2005’s “The Family Stone” which portrays the clashes of a mostly average family but shows viewers that quarrels can be worked through and harmony is possible.

The 2003 British holiday film “Love Actually,” which follows the lives of eight couples in London, brings to viewers the perennial theme of romance and the trials of relationships.

As holiday movies bring viewers into a fictional world, people are able to work through their own fears and desires about self-worth and relationships. Such movies can provide solace, reaffirmation and sometimes even courage to continue working through difficult situations. The movies offer hope in believing it all might turn out alright in the end.

When people see some part of their own lives unfold on screen, the act of viewing operates in a fashion that’s strikingly similar to how a religious ritual works.

As anthropologist Bobby Alexander explains, rituals are actions that transform people’s everyday lives. Rituals can open up “ordinary life to ultimate reality or some transcendent being or force,” he writes in the collection “Anthropology of Religion.”

For example, for Jews and Christians, ritually observing the Sabbath day by sharing meals with family and not working connects them with the creation of the world. Prayer rituals in the Muslim, Christian and Jewish traditions connect those praying with their God, as well as with their fellow believers.

Holiday movies do something similar, except that the “transcendent force” they make viewers feel is not about God or another supreme being. Instead, this force is more secular: It’s the power of family, true love, the meaning of home, or the reconciliation of relationships.

Take the case of the 1942 musical “Holiday Inn.” It was one of the first movies—after the silent era’s various versions of Charles Dickens’ “A Christmas Carol”—where the plot used Christmas as a backdrop, telling the story of a group of entertainers who have gathered at a country inn.

In reality, it was a deeply secular film about romantic interests, couched in a desire to sing and dance. When it was released, the United States had been fully involved in World War II for a year and national spirits were not high.

The movie hasn’t endured as a classic. But Bing Crosby’s song “White Christmas,” which appeared in it, quickly became etched in the holiday consciousness of many Americans, and a 1954 film called “White Christmas” became better known.

As historian Penne Restad puts it in her 1995 book “Christmas in America,” Crosby’s crooning offers the “quintessential expression” of the holidays, a world which “has no dark side”—one in which “war is forgotten.”

In subsequent Christmas movies, the main plots have not been set in the context of war, yet there is nonetheless often a battle: that of overcoming a materialistic, gift-buying and gift-giving kind of holiday.

Movies like “Jingle all the Way,” “Deck the Halls”, and “How the Grinch Stole Christmas” center around the idea that the true meaning of Christmas is not in rampant consumerism but in goodwill and family love.

Dr. Seuss’s famously grouchy Grinch thinks he can ruin Christmas by taking all the gifts away. But as the people gather together, giftless, they join hands and sing while the narrator tells viewers, “Christmas came anyway.”

“All’s right with the world”

Though Christmas is a Christian holiday, most holiday films are not religious in the traditional sense. There is hardly ever a mention of Jesus or the biblical setting of his birth.

As media studies scholar John Mundy writes in a 2008 essay, “Christmas and the Movies,” “Hollywood movies continue to construct Christmas as an alternative reality.”

“A Christmas Story,” from 1983, waxes nostalgic for childhood holidays when life seemed simpler and the desire for a Red Ryder air rifle was the most important thing in the world. The plot of 2003’s “Elf” centers on the quest to reunite with a lost father.

In the end, as the narrator says late in “A Christmas Story”—after the family has overcome a series of risible mishaps, the presents have been unwrapped and they’ve gathered for Christmas goose—these are times when “all’s right with the world.”

S. Brent Rodriguez-Plate is an Associate Professor of Religious Studies and Cinema and Media Studies, by special appointment, Hamilton College.

This article was originally featured on The Conversation