Your Brain Makes Its Own Version Of Valium 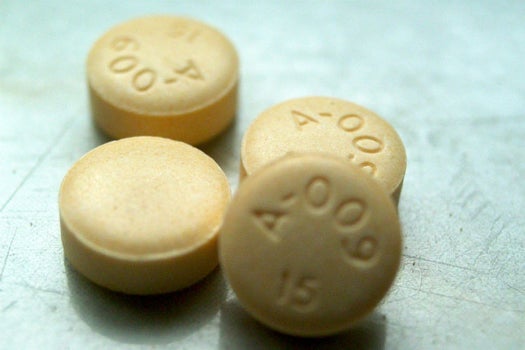 Valium, the anti-anxiety drug that was once the most popular prescription medication in America, might have a naturally occurring relative in the mammalian brain, according to a new paper in Neuron.

Stanford University researchers have discovered that a protein called diazepam binding inhibitor (DBI) can have some of the same effects as Valium.

Diazepam (Valium), belongs to a class of psychoactive drugs known as benzodiazepines, and can be used to stop epileptic seizures, especially during clusters of repeated seizures.

“Our results show for the first time that a nucleus deep in the middle of the brain generates a small protein product, or peptide, that acts just like benzodiazepines,” senior author John Huguenard explained in a press statement.

DPI is also known as ACBP, and it’s an intracellular transport protein that exists in every cell in the body. Researchers have found that in a certain part of the brain (the thalamic reticular nucleus), DPI becomes an anti-epileptic compound. It binds to the same nerve receptors in the brain as benzodiazepines, enhancing the inhibiting effect of a neurotransmitter called GABA.

The calming protein, which seems to only be generated in this region in the middle of the brain, could be key in developing anti-seizure treatments. The researchers suggest it could be used in anxiety and sleep disorders as well.