How a drug now can change fear later. 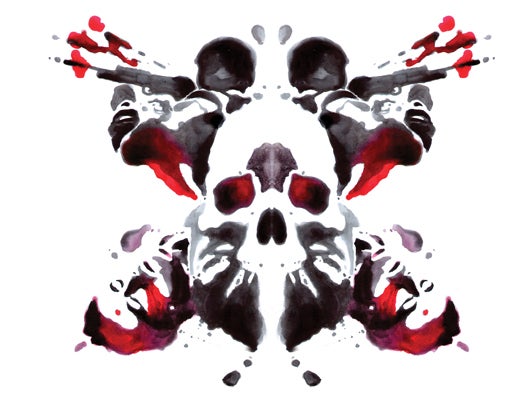 A new study, published today, is a first step toward a drug to prevent PTSD in people—something soldiers or emergency responders could take just before or after undergoing something traumatic.

Like many preliminary studies, this drug was tested in mice. It found that a new, fairly untested chemical prevents post-traumatic stress disorder-like symptoms in mice, if researchers give the mice the drug soon before or after a traumatic event. For this study, traumatizing mice meant strapping them onto a wooden board so they can’t move for two hours. (Although there are robots specially designed to terrorize rodents.)

The study also opened a few new windows into the science of PTSD. It found a gene that makes both mice and people with PTSD react differently to scary sounds. Because the gene controls something in the part of the brain that processes fear, it suggested a mechanism for how PTSD arises. And it suggested that a new, non-addictive class of drugs may help with PTSD. Previously, researchers had found that giving people morphine soon after trauma helps prevent PTSD.

The PTSD-prevention drug is called SR-8993. It sticks to receptors in the brain that, in mice, seems to help them learn to fear. Abnormal fear learning is an important symptom of PTSD. People with PTSD have a hard time distinguishing when they’re in safe or dangerous situations, for example.

The scientists, a team of chemists and psychiatrists from all over the U.S., found something similar in their mice. Six days after getting strapped to a board, the mice were bad at learning when they would get a mild shock in the foot and when they were safe from shocks. They seemed to be afraid of getting shocked all the time. Non-traumatized mice, on the other hand, are able to learn when they shouldn’t worry.

When scientists gave mice an injection of SR-8993 into the brain, however, the mice didn’t learn to fear shocks. The injections worked for both trauma-exposed and normal mice.

The scientists also studied the gene that makes the brain receptor to which SR-8993 sticks. Mice and people both have their own versions of the gene, called Oprl1. Previous studies had found that in people, altered versions of Oprl1 are associated with a higher risk of getting PTSD after trauma. In this study, the traumatized mice made more Oprl1 than their non-traumatized neighbors. So the study showed that Oprl1 might be important to PTSD, fear learning and the amygdala—a small part of the brain where there are a lot of Oprl1 receptors, which don’t appear abundantly anywhere else.

This work is just an early look into PTSD prevention. It’s important to remember that studies in mice always take a long time to wend their way to human studies and eventually to Food and Drug Administration approval. (That’s not necessarily a bad thing. You want this process to be thorough.) Many drugs that work in mice don’t actually cut it once scientists try them in humans. This might be especially true for psychiatric drugs tested in mice. PTSD and other mental illnesses are complex and poorly understood. It’s difficult to give a lab mouse a human mental illness—or even to know when you’ve succeeded in doing just that.