Me, Me, Me: People Who Overuse The First-Person Singular Are More Depressed 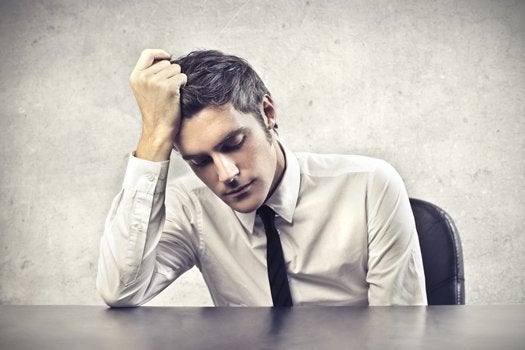 Researchers in Germany have found that people who frequently use first-person singular words like “I,” “me,” and “myself,” are more likely to be depressed and have more interpersonal problems than people who often say “we” and “us.”

In the study, 103 women and 15 men completed 60- to 90-minute psychotherapeutic interviews about their relationships, their past, and their self-perception. (99 of the subjects were patients at a psychotherapy clinic who had problems ranging from eating disorders to anxiety.) They also filled out questionnaires about depression and their interpersonal behavior.

Then, researchers led by Johannes Zimmerman of Germany’s University of Kassel counted the number of first-person singular (I, me) and first-person plural (we, us) pronouns used in each interview. Subjects who said more first-personal singular words scored higher on measures of depression. They also were more likely to show problematic interpersonal behaviors such as attention seeking, inappropriate self-disclosure, and an inability to spend time alone.

By contrast, the participants who used more pronouns like “we” and “us” tended to have what the researches called a “cold” interpersonal style. But, they explained, the coldness functioned as a positive way to maintain appropriate relationship boundaries while still helping others with their needs.

Zimmerman points out that there’s no evidence that using more “I” and “me” words actually causes depression—instead, the speaking habit probably reflects how people see themselves and relate to others, he says.

The study appears in the June 2013 issue of the Journal of Research in Personality.