Yes, Your Mind Can Control Your Body Temperature 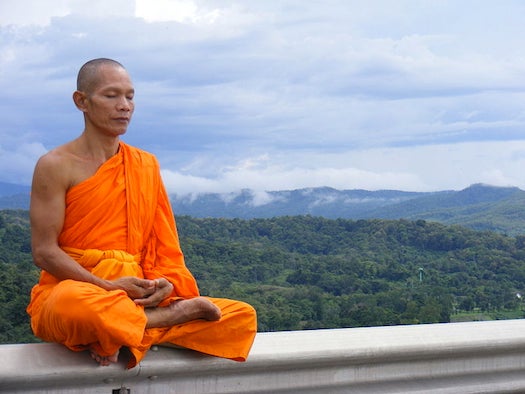 You don’t have to look far to find the (mostly) positive and surprisingly powerful effects of meditation. But one of the more unexpected effects was just recently published: Tibetan nuns can change their core body temperatures with a certain form of meditation, which could keep them warm and help give their immune systems a boost.

Tibetan nuns practice “g-tummo” meditation, a spiritual practice they believe harnesses “inner energy.” Using EEGs and temperature measurements, a team of researchers recorded the internal temperature of nuns in the freezing cold of the Himalayas. The nuns, the researchers found, were able to increase their core body temperature with this technique–up to almost 101 degrees Fahrenheit. Westerners were also able to increase their core body temperatures slightly when taught the process.

Two techniques, specifically, caused the change. “Vase breath” is a breathing technique that causes heat production, and visualization–in this case, of flames near the spine–also accounted for the increase. Useful if you’re out in the cold, but the technique, researchers say, could also be helpful in strengthening the immune system. Some folks in the remote parts of Tibet can give you some lessons, if you’re interested.